The person who posted video of the arrest on Instagram said police were called because the man was not wearing a mask and arguing with store employees. 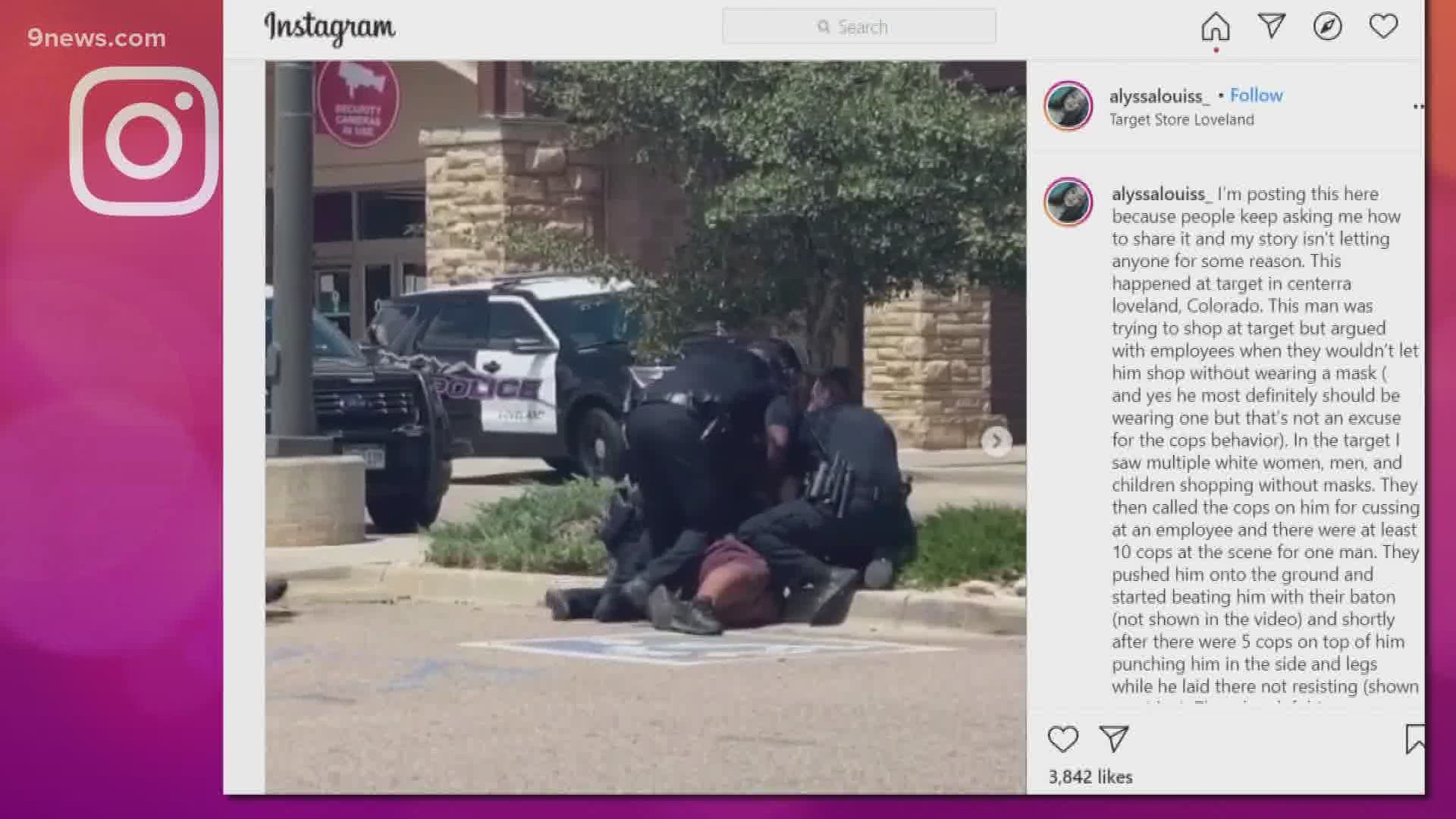 LOVELAND, Colo. — Loveland Police have released body camera footage of an arrest at a Target store in Loveland that was filmed by a bystander and posted on social media with criticism about how the officers handled the incident.

The video, posted on Instagram by user alyssalouiss on Monday, shows several officers on top of the Black man who is on the ground in the parking lot of the Target. At one point, one of the officers punches the man's legs.

The post says that the man, who was not wearing a mask, argued with store employees when they would not let him shop without one on.

"They then called the cops on him for cussing at an employee and there were at least 10 cops at the scene for one man," the post reads. "They pushed him onto the ground and started beating him with their baton (not shown in the video) and shortly after there were 5 cops on top of him punching him in the side and legs while he laid there not resisting (shown on video)."

Loveland Police posted about the incident on their Facebook page Tuesday.

According to their post, the man was approached by an officer in the parking lot of the store. That officer attempted to talk to the man, the post says, and eventually began putting him in handcuffs when he was not able to get a response.

Other officers were called to the scene when the man began resisting, according to Loveland Police.

They said criminal charges are being filed against the man, but it's not clear what those charges will be. 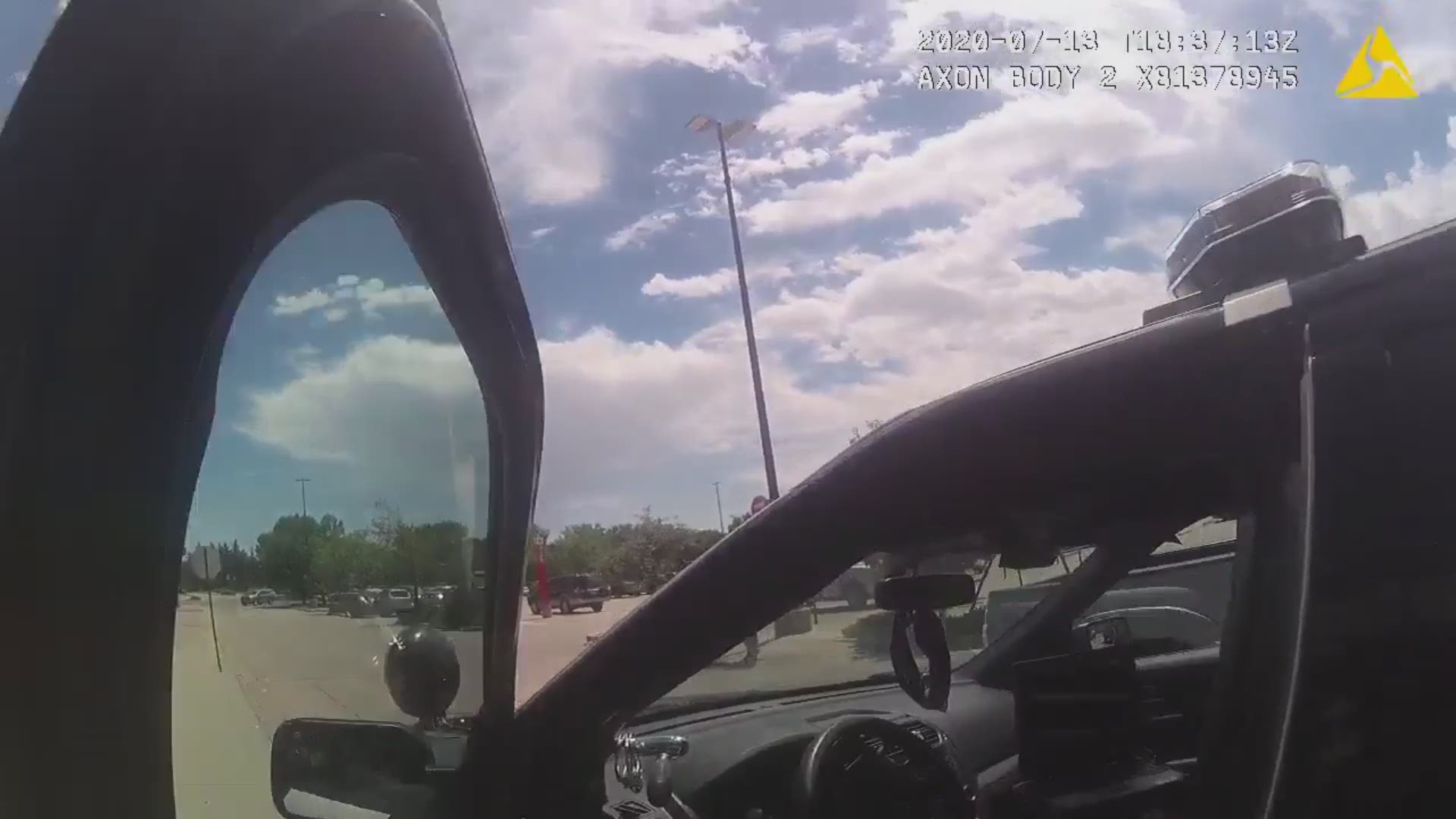