A viral video shows Shaiitarrio Brown and his pregnant fiancee getting sprayed with pepper ball rounds by police. The couple said they were not protesting. 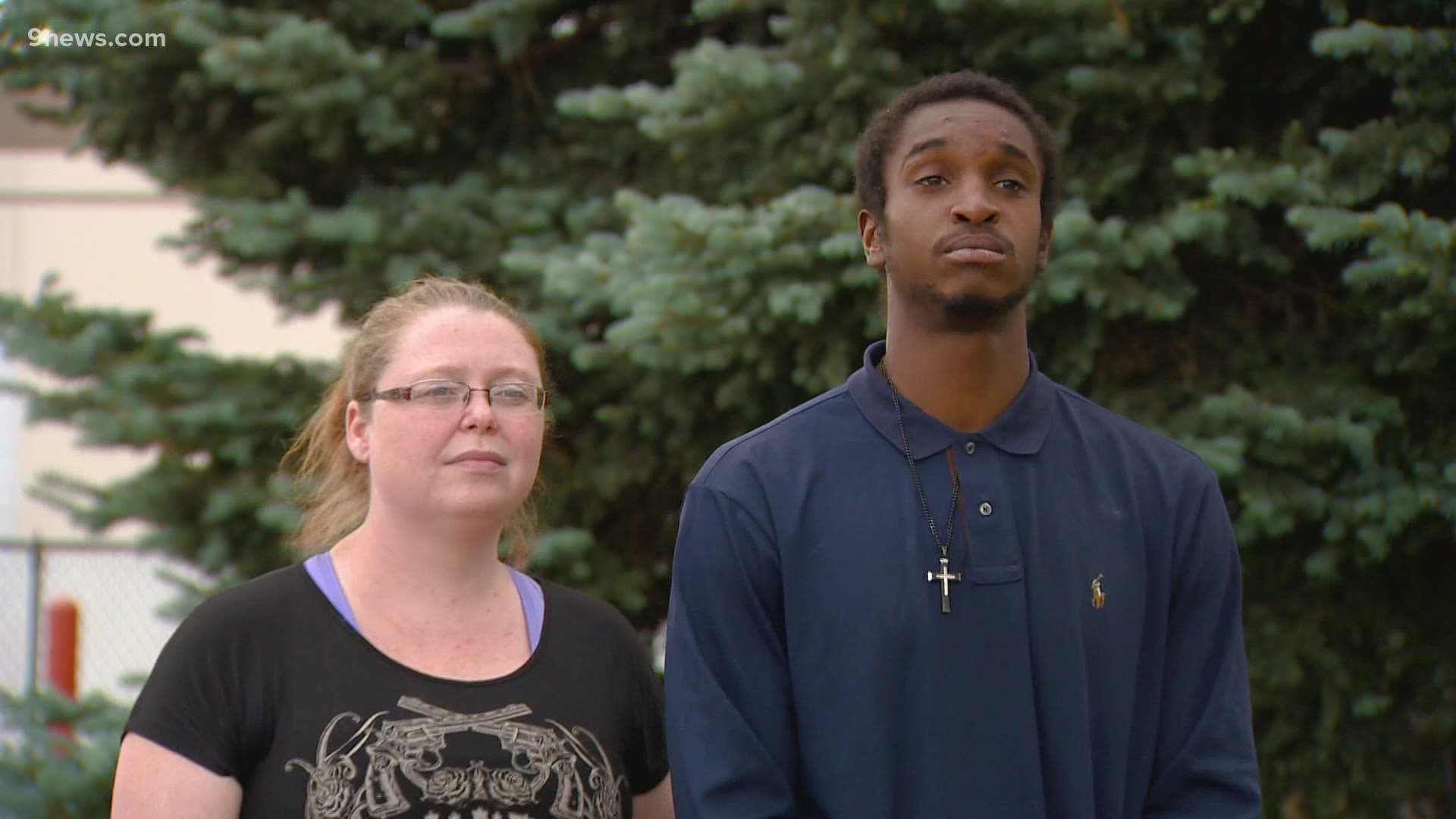 DENVER, Colorado — Police are investigating an incident captured on multiple videos that show police spraying a man with pepper ball rounds while he screams that there’s a pregnant woman inside his car.

The incident happened early Saturday morning in downtown Denver amid the protests and riots when crowds gathered to call for justice in the death of George Floyd.

Brown said he and his pregnant fiancee, Brittany King, were doing mobile food orders that night.

He said his car was hit by a pepper ball round, which prompted him to confront police just before he was sprayed.

“We’re not protestors, we are not part of the riots," Brown said. "We were delivering food. We were working. For them to just go out of their way to shoot innocent people was unfair. And then I proceeded to tell them that there’s a pregnant woman in the car, and that’s when they unloaded 50 to 75-plus rounds into my car with my pregnant girlfriend in it,” Brown said.

King said she is 18 weeks pregnant and that her unborn child had a high heart rate when she finally was able to get to the hospital. She said her hand was also fractured when she tried to block her face.

The incident was captured on video by several different people and has been widely shared. One of them, originally captured by a YouTuber named “Ghost Writer,” spread to Twitter where it now has more than 4 million views.

Denver Police Chief Paul Pazen requested an investigation when he saw the video, according to spokesperson Sonny Jackson.

“Denver Police Chief Paul Pazen has ordered an investigation into this matter. That investigation is ongoing," Jackson said in a statement sent over email. "Chief Pazen is currently listed as the complainant, as the persons featured in the video have not come forward so no outside formal complaint has been filed.”

Brown and King have retained an attorney who said DPD needs to change their behavior and their policies surrounding the use of pepper ball rounds.

“There’s so many agencies and officers that do their job in an excellent manner, but this on the other hand, is bias policing," attorney Scott Melin said. "It’s militarized policing. It’s abusive policing and a violation of my client's constitutional rights.”