The man was wearing snowboarding boots and pants when his body was found in the river Monday afternoon. 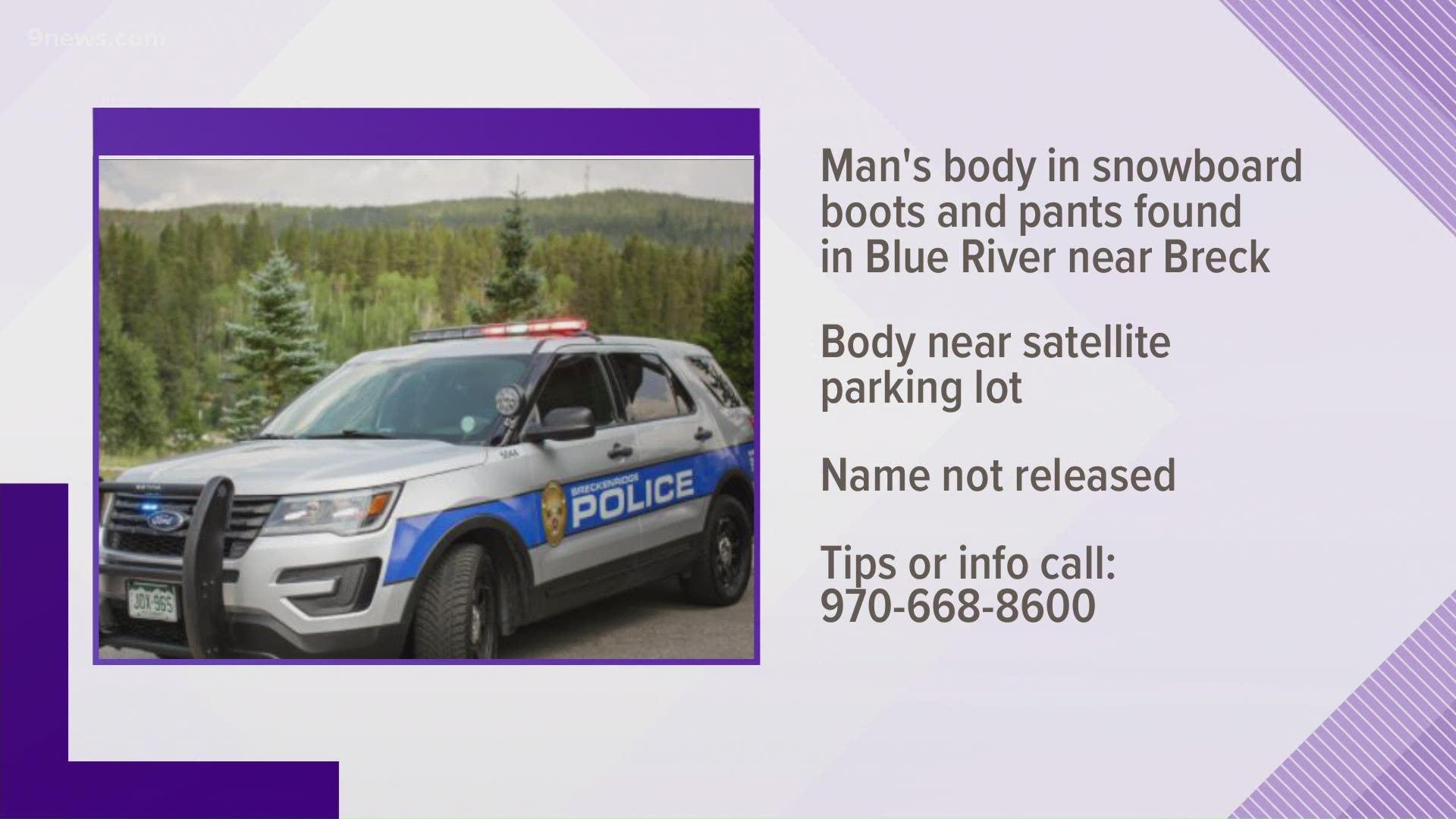 Just before 2 p.m., officers with the Breckenridge Police Department (BPD) responded to a report of a body in the river adjacent to the satellite parking lot, which is located at 1690 Airport Road just north of downtown Breckenridge.

The Summit County Coroner’s Office also responded to conduct an investigation and recover the remains. At this time the cause and manner of death are still being determined.

On Tuesday morning, Breckenridge Police were asking for the public's help as they were unable to identify the man. Police said the man was wearing snowboarding boots and pants

At around 12 p.m. Tuesday, police said they had preliminarily identified the man.

The man's name is being withheld until the Summit County coroner can notify next of kin.

Anyone with information about the incident is asked to call the non-emergency dispatch number at 970-668-8600. They can also email Det. Jennifer Johnson at jenniferj@townofbreckenridge.com.