After days of searching, crews still trying to locate body of 18-year-old who went missing at Chatfield Reservoir

The search resumed Tuesday morning for a young man who was reported missing near the swim beach on Friday, according to South Metro Fire Rescue. 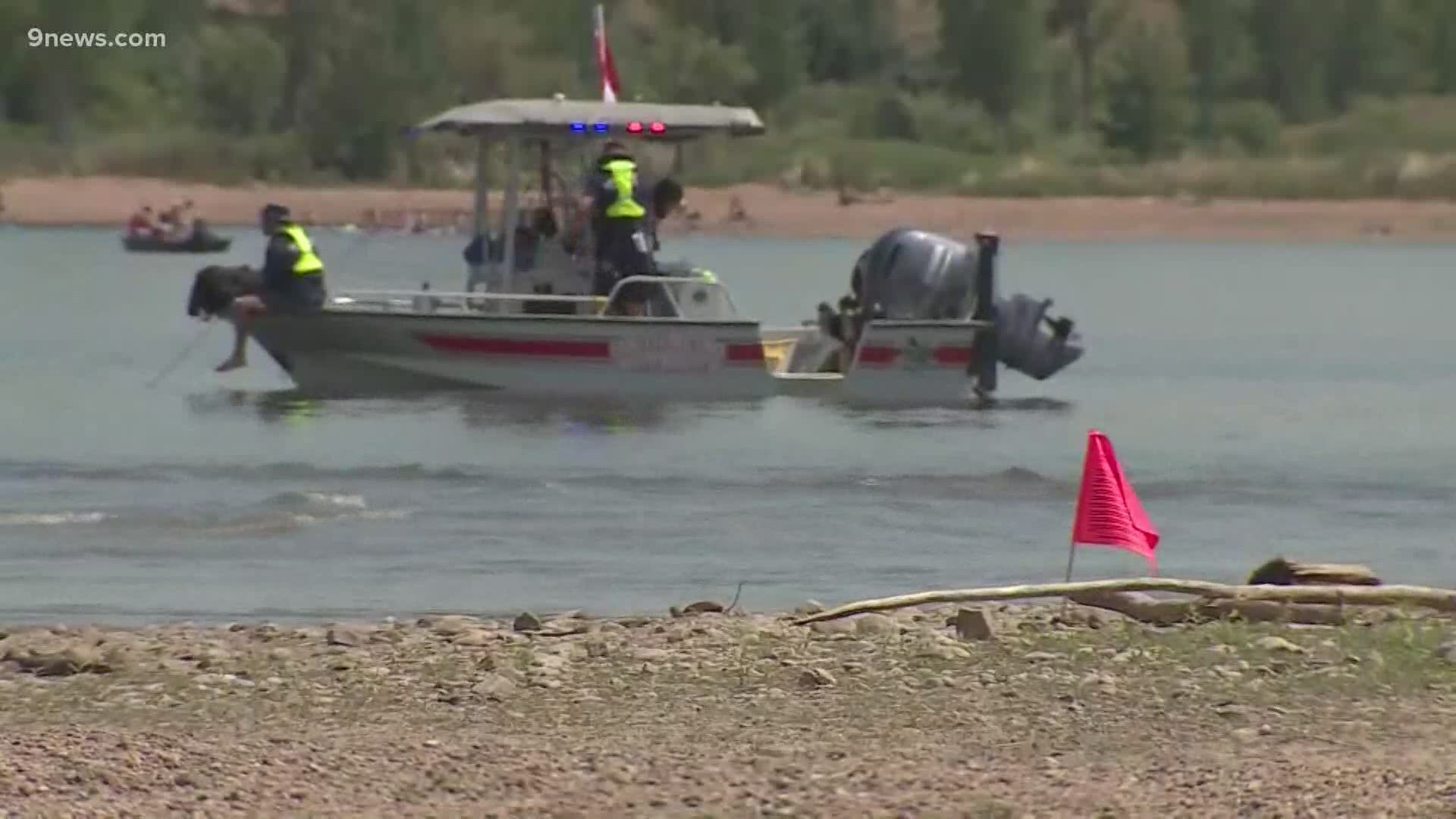 JEFFERSON COUNTY, Colo. — The effort to recover the body of an 18 year old who went missing near the swim beach at Chatfield Reservoir resumed for a fifth day on Tuesday morning.

Late Monday, a water cadaver dog with the Summit County Sheriff's Office arrived at the park to aid in the search effort. The dog was used to locate target points for divers to get a more in depth look at during operations on Tuesday.

Dive members with South Metro Fire Rescue (SMFR) first attempted to recover the body Friday evening, but they were unsuccessful. The dive team returned to Chatfield State Park on Saturday and again on Sunday, but weather forced search teams to stop Sunday afternoon.

Crews returned Monday to search the water near Catfish Flats and Chatfield Swim Beach. Those areas have been identified by several witnesses as points where the victim was last seen, according to SMFR.

A jet ski was used to monitor the search perimeter, and to keep those recreating in the water outside of the recovery area, SMFR said. Crews also used drones to get a perspective from the air of the search area.

CPW's Marine Evidence Recovery Team planned to search the water throughout Saturday night. That team uses an underwater remote-operated vehicle, which uses sonar, lights, a video camera and a manipulator used in searches, according to CPW.

Chatfield Water Recovery weekend recap & plan for the day: SMFR Divers & @CPW_NE utilized sonar & electronic searching for crews to track the areas they have searched using GPS coordinates, to locate targets in the reservoir, and to send divers underwater to get a closer look. pic.twitter.com/UFu7Z4XGfz

The man was reported missing and last seen 60 feet off the shoreline in 18 feet of water on the south end of the Catfish Flats area just before 3:30 p.m. Friday, rescue crews said.

Around 5:30 p.m., SMFR said the search had sadly turned from a rescue into a recovery.

During the search, a rescue boat capsized in gusty thunderstorm winds, SMFR said. All four first responders who were in that boat were pulled from the water and were not injured.

Update - All personnel have been safely pulled from the water and are not injured. They will be evaluated by paramedics as a precaution. Sadly, the search for the missing person has changed from a rescue to a recovery. pic.twitter.com/64nr3HN3SS

Dive rescuers were able to mark the point where the man was last seen. They were using sonar to help locate the missing man, according to a tweet from SMFR.

Colorado Parks and Wildlife, who assisted with the search, reported in a tweet that a human chain was formed to sweep the shoreline as well.