20-year-old Justin Bell was charged with resisting arrest when officers responded to a disturbance call and believed he was a different man with a warrant. 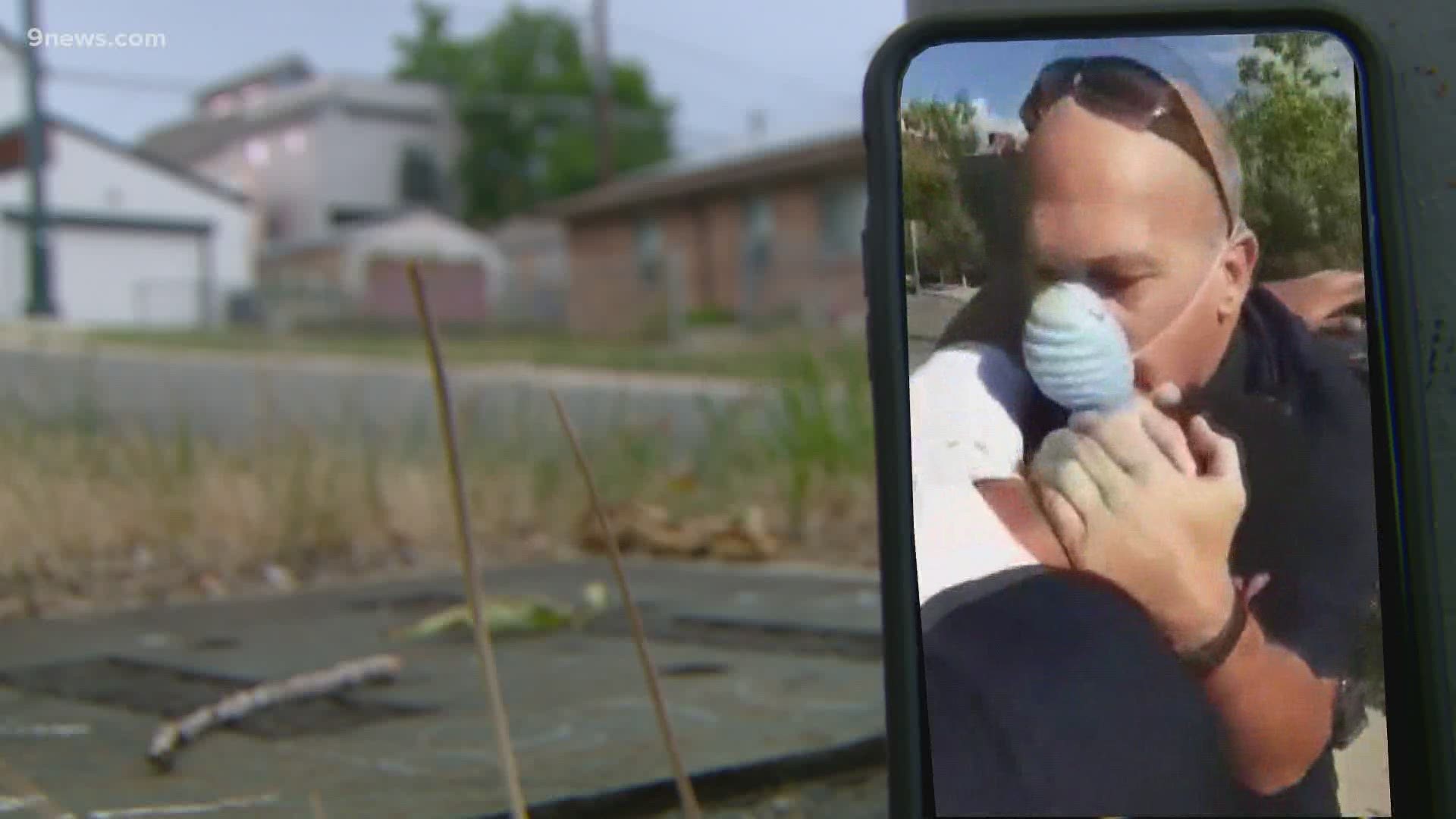 DENVER, Colorado — It was Thursday afternoon around 4:45 when Denver Police were called to a disturbance at a home in the Highlands neighborhood. It was the house of 20-year-old Justin Bell.

An arrest report obtained by 9NEWS details the events ended with Bell in jail and seeking medical help.

As officers made their way to the home, the affidavit says they discovered police had been called to the same address multiple times for violent disturbances in past years, including a stabbing. During one of those incidents, police said they arrested a man at that address, also named Justin, who was born in August 1988. Police said that man currently has a nationwide extraditable warrant for vehicle theft.

But that's a different Justin than Justin Bell, who was born in 2000.

While Bell said he has a criminal history and was just released from jail a couple of days ago on bond on an unrelated charge, he said he does not have any warrants.

"They mistaked me for another person. They snatched me up and used excessive force. Choked me, slammed me to the ground," said Bell. "I guess the person is registered to my house or something. He used to live there or something so they assumed that I was him."

RELATED: Teen files excessive force lawsuit against DPD officer who hit him with metal baton in 2018

The arrest report says when officers arrived a woman who had called police told them 'Justin' was creating a disturbance and "she just wanted him gone." Officers knew his first name was Justin, but did not know his last name at the time.

From there, the report says officers worked to detain Bell, still under the assumption he was the man 12 years older with a warrant.

"I told Justin he was under arrest and due to the violent history of the location and believing Justin had a warrant," the report, written by an officer on scene, reads.

In a video provided to 9NEWS by Bell, at least one officer can be seen with his hands around Bell's neck.

A spokesperson for the Denver Police Department (DPD) said he is not aware that a chokehold was used, but did not respond to a request for comment about what techniques were used to restrain Bell. DPD said it will try to answer our question on Monday.

"In the video, you can see one hand is behind my back," said Bell. "The other one I got my hand up. There's nothing I could do."

"Justin immediately tensed up and refused to place his hands behind his back," the report says.

Jason McBride is with the Gang Rescue and Support Project and has worked with Bell volunteering.

Though Bell didn't have any warrants, DPD charged him with interference and resisting arrest. No charges were filed relating to the disturbance call officers were originally called out to.

"He's a kid who's just trying to get it back together. He works hard over at the food bank. He volunteers over there," said McBride. "How do you resist arrest and there is no warrant for you and you have the wrong person?"

We met Bell today as he was on his way to the hospital, saying marks on his neck were from the officer's grip.

"I wouldn't consider it resisting at all," said Bell. "It was just pure excessive force honestly."

Officers eventually confirmed Justin Bell's identity with a fingerprint. Bell said he has not filed a complaint with DPD at this time.

RELATED: Investigation into DPD response to protests will be one of the largest in independent monitor's history