This is the second time Don Rohacek has held watch over a Colorado police officer's memorial in three months. 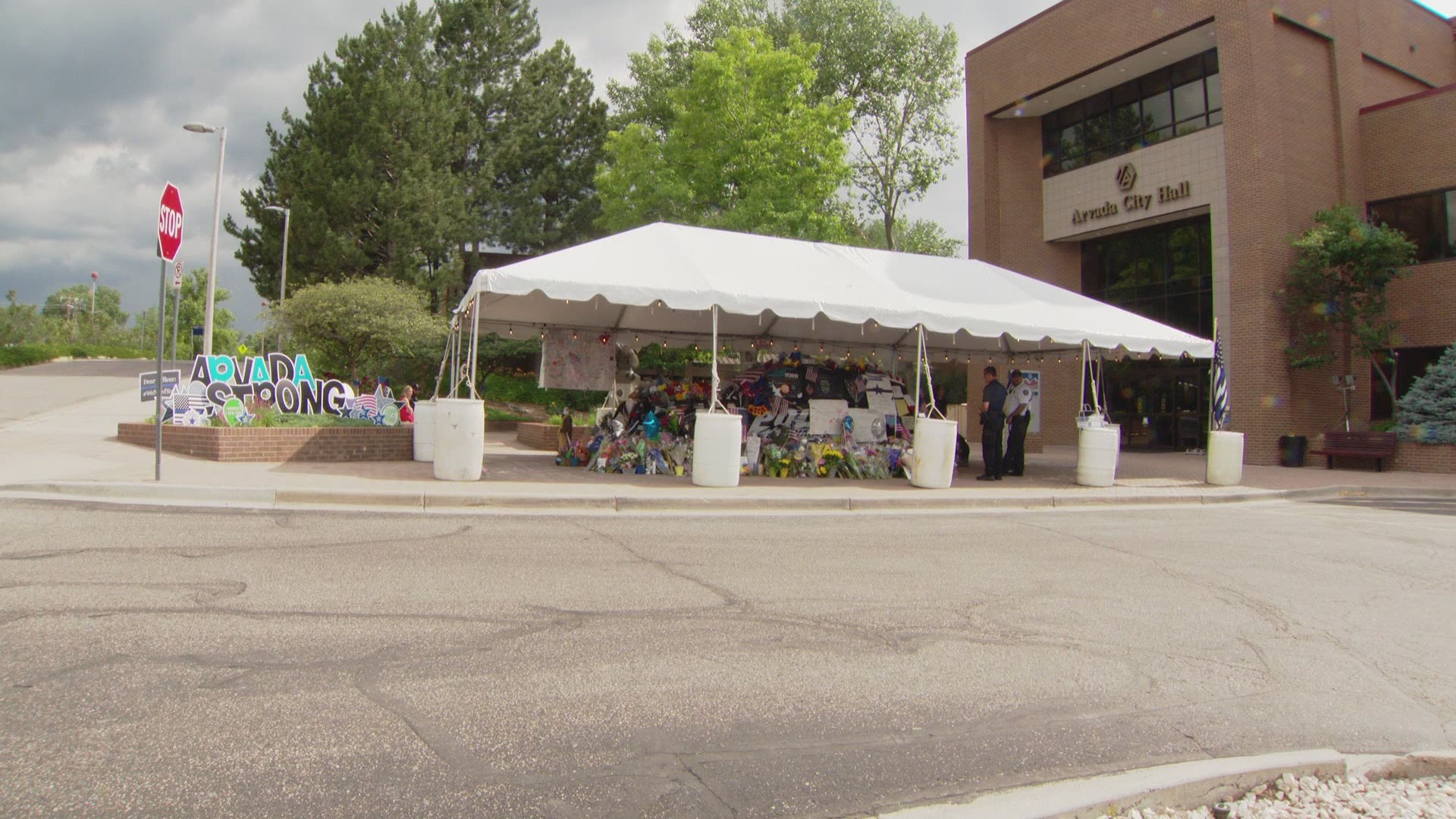 ARVADA, Colo. — Since the beginning, someone has watched over the memorial of Officer Gordon Beesley who was shot and killed in Arvada on June 21 – the Colorado Fallen Hero Foundation selects a volunteer to do this job.

Don Rohacek has held this job twice in the last three months – in Boulder for Officer Eric Talley and Arvada for Officer Beesley.

The memorial for Officer Beesley began to grow in the moments after he was shot and killed. While in Alaska, Rohacek got a call from the Colorado Fallen Hero Foundation that an officer had died in the line of duty. He took the next flight out and began watching over the memorial at Arvada Police headquarters the next day.

"Every one of these is just an unspeakable tragedy," he said.

He came to Arvada not really knowing anything about Officer Beesley. During his time at the memorial, he met so many people. The stories about him poured in like the flowers and cards to family.

"I have met hundreds of his, I call them his kids," he said.

Officer Beesley was a beloved school resource officer at Oberon Middle School and it did not take Rohacek very long to understand the impact the man left behind.

Rohacek shared another story from two sisters who knew Officer Beesley as children.

"When they were little girls their father had to be taken out of the home and they were just lost," he said. "Officer Beesley recognized that and he would go to their home on his own time and play board games and talk with the girls and mentor the girls."

Protecting and taking care of this sacred place is a way for Rohacek to honor the family.

"Johnny Hurley is a hero. Officer Gordon Beesley is a hero and I just want their families to know how much that everyone supports them," he said.

He believes it is necessary to show respect and recognize the sacrifice of every fallen officer.

"Being vocal and supporting and it matters. These folks need to know that they matter," he said.

It is a job he views as a privilege – a job he hopes he never has to do again.

"We need to show respect and recognize the sacrifice," he said.