Man used his stimulus checks to buy propane tanks for warmth, and one nearly killed him

At the UCHealth Burn and Frostbite Center, some patients experiencing homelessness have both. 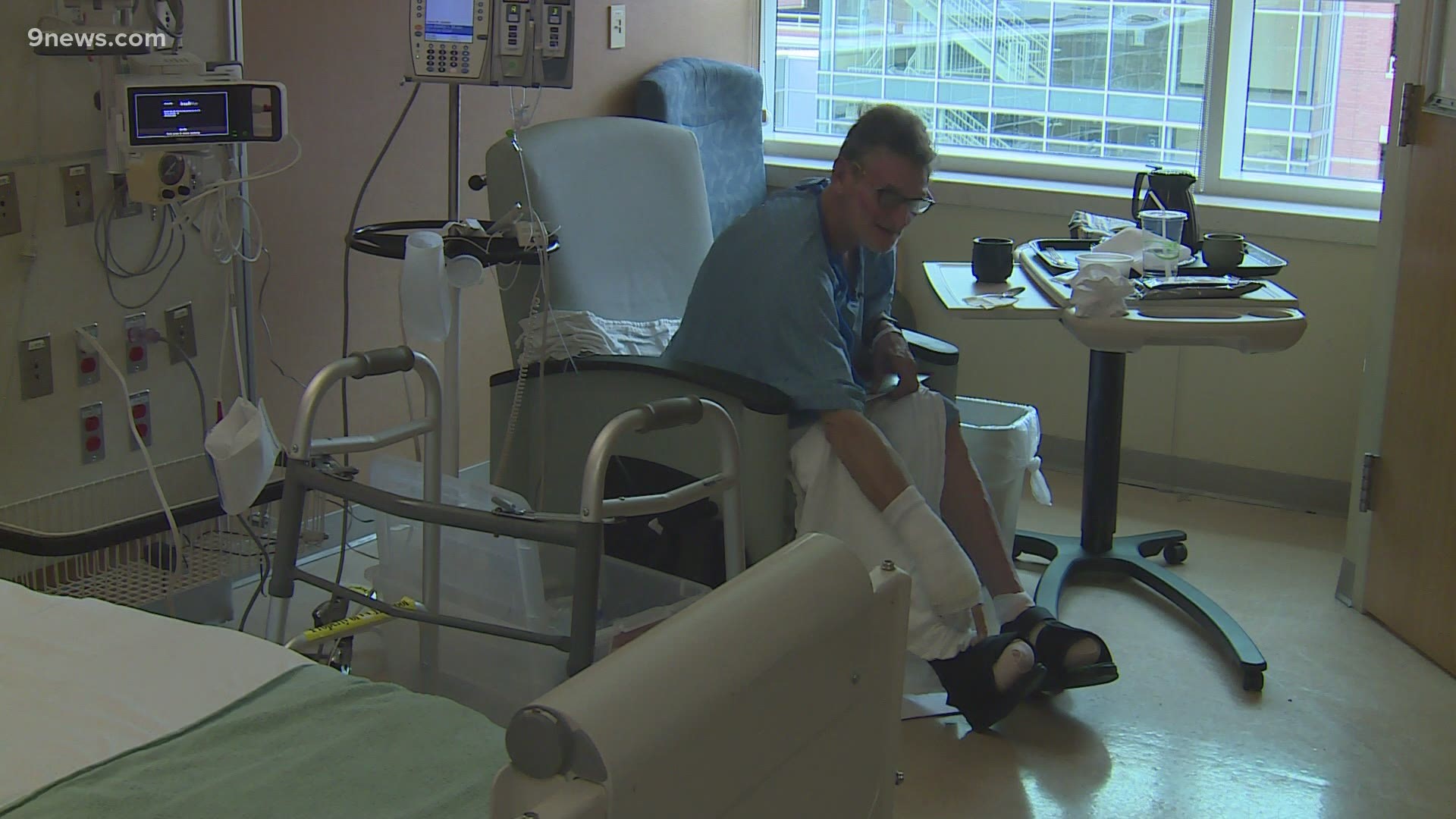 DENVER — At the dead end of 52nd Place in Commerce City, Trent Crippen lived in a tent and used propane tanks, paid for by his stimulus checks, to keep warm.

“Camping out as long as I did, not a good thing," said Crippen, who said he'd been camping outside since the pandemic began when he lost his spot in transitional housing in Denver.

In his 4X8 tent, he said a propane tank kept him warm and alive.

But it could have killed him.

“The propane was leaking all around me and I set my own self on fire, accidentally," he said, pointing to his burned face and arm.

That was a couple weeks ago, but Crippen had been hurting long before then.

When he checked into the UCHealth Burn and Frostbite Center on March 5, his feet were so swollen they couldn't fit into his boots.

“The week when it was below zero my feet got like this,” said the 55-year-old, who had been burying his frostbitten feet in the snow to stop the pain.

Credit: KUSA
Trent Crippen's feet are bandaged after doctors amputated most of his toes because of severe frostbite.

Behind the bandages he says most of his toes are amputated.

“We wind up amputating fingers, toes, feet and all sorts of body parts as a result of the frostbite injury so these are huge live changing problems for these people," said Dr. Patrick Duffy, a burn surgeon who has helped treat 65 frostbite patients this winter.

UCHealth says 80% of those cases are in people experiencing homelessness.

RELATED: Record 26 people being treated for frostbite at UCHealth

“We don’t discharge anybody from the burn and frostbite unit back to the streets," said Dr. Duffy. "We discharge everybody with a plan to get them out of the cold and into a warm environment and hopefully that will be sustainable for those people."

"I have to relearn how to walk," said Crippen.

Although this is the worst it's been in a while for this 55-year-old, he's looking forward to sleeping inside for the first time in a year.