A family of kayakers found the body on Wednesday morning in the lake off C-470. 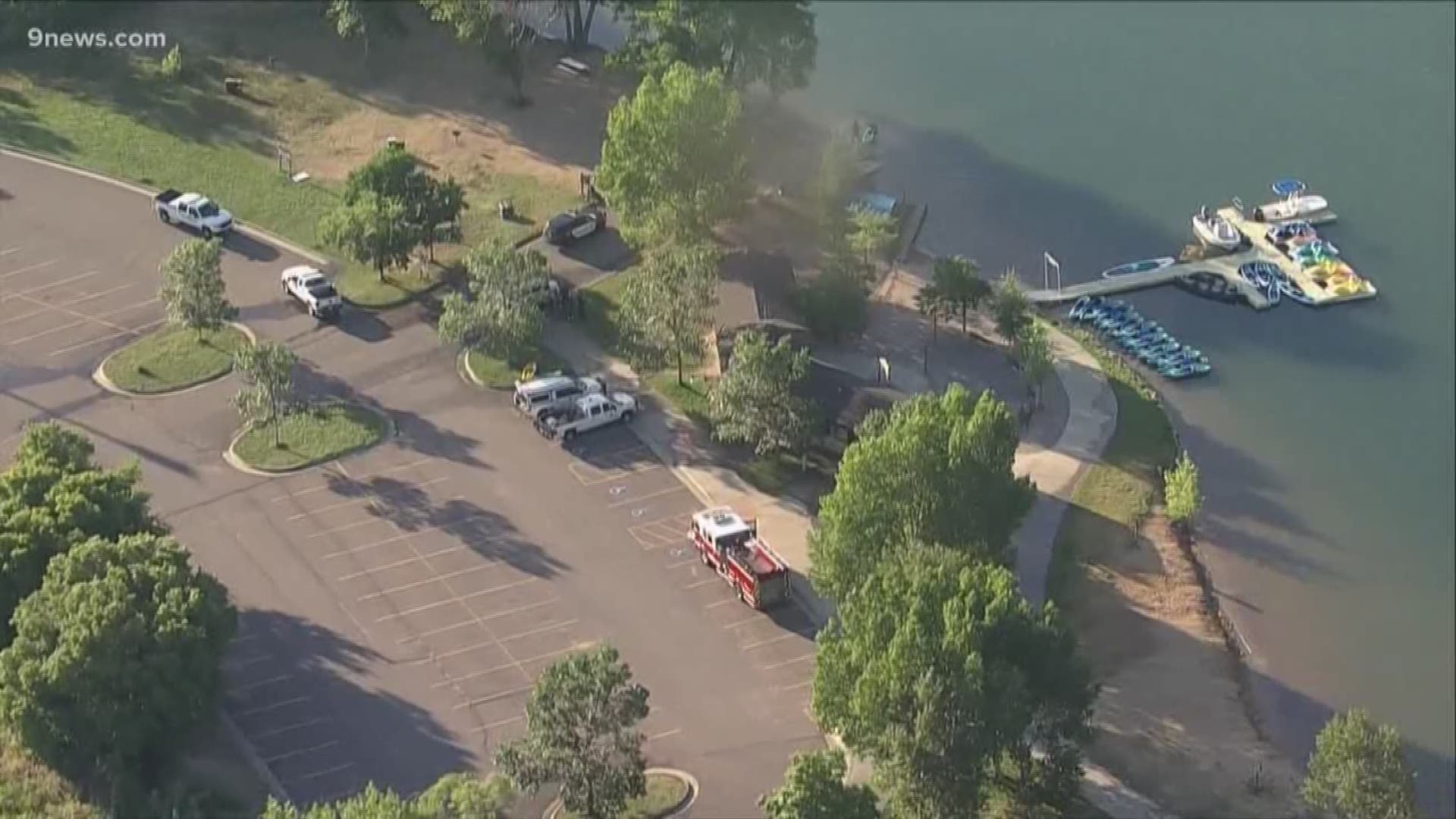 LAKEWOOD, Colo. — A group of kayakers discovered a man's body floating in one of the Soda Lakes at Bear Creek Regional Park just before 7:30 a.m. Wednesday, according to the District 2 Chief of West Metro Fire Rescue.

The victim, only identified as an older adult man, was floating on the surface of the water in the southwest corner of Big Soda Lake near the sandbar, according to John Romero, a spokesperson for the Lakewood Police Department (LPD).

A West Metro dive team was dispatched to recover it and completed their efforts at about 9:30 a.m. Drones were used to search the water for any additional victims.

Park rangers found a capsized fishing boat Tuesday night and searched the parking lot for a car, according to Romero. He could not say whether the water was searched at that time.

The victim was fully clothed when he was found, but It's too early to know if the boat is related, Romero said. The department has not received any missing person reports that match the victim, he said.

The Soda Lakes are just off C-470 and Morrison Road. Lakewood police are handling the investigation into what happened.

If anyone has any information on this death investigation, they are asked to contact the Lakewood Police Department’s tip line at 303-763-6800.