Home inspector Mike Mendoza believes the work's not done after you clear your driveway, sidewalk of snow – take safety precautions in and outside your home. 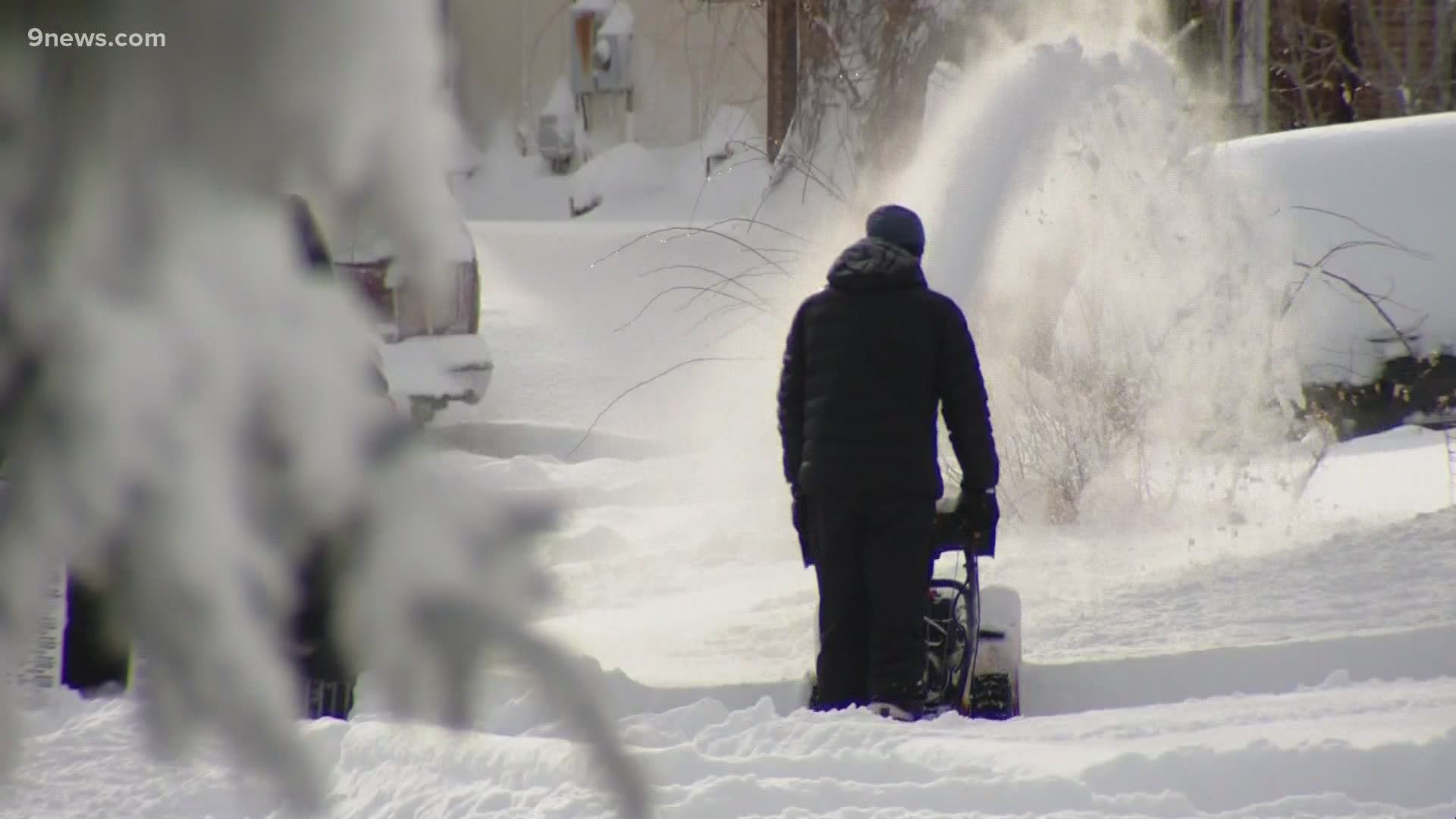 LAKEWOOD, Colo. — As people shoveled their driveways and sidewalks the day after the storm, home inspector Mike Mendoza warned homeowners that their post-storm clean-up work around the house isn't quite done.

"Right now, I'm getting to the exhaust for the furnace," Mendoza said.

He owns Live Safe Home Inspections and wants people to live safe after the storm. Mendoza said clearing the furnace vent is key.

"Any appliance is going to have to breathe in order to operate properly," Mendoza said. "If this were to be blocked which it actually was last night and we didn't have heat for a few minutes because the furnace had shut down."

Mendoza said clear the snow from window wells and drainage. He suggested clearing snow from the foundation by two feet or more to keep moisture from coming in. He also said to look up.

"Any safety issues regarding trees on the property, power lines," Mendoza said. "These are the things that the typical homeowner may not think about, but it's a good idea for them to kinda make a checklist of items they should do after a storm like this."

Lt. Ty Sugaski is with West Metro Fire and he said residents should watch their roofs.

"Be mindful of your house, the potential of snow cornices that can build up especially on those south aspects," Sugaski said. "Potential that can come down all at once. There's a lot of weight behind this snow."

The snow's weight can cause issues for people shoveling, too. Sugaski said don't overdo it.

"If you're really exerting yourself out there today and that's not something you typically do, then there's going to be a risk for lots that can go wrong," Sugaski said.

Sugaski said make sure fire hydrants and gas meters are cleared on your property as well, in case the fire department responds to a fire emergency in your neighborhood.

"If we can get those accessible to us, it will improve our ability to respond to the citizens," Sugaski said.

He said the work for homeowners is not done, even after the final flakes have fallen.

"The impacts of the storm are going to be here for a while," Sugaski said.