Marine from Colorado killed in combat in Iraq 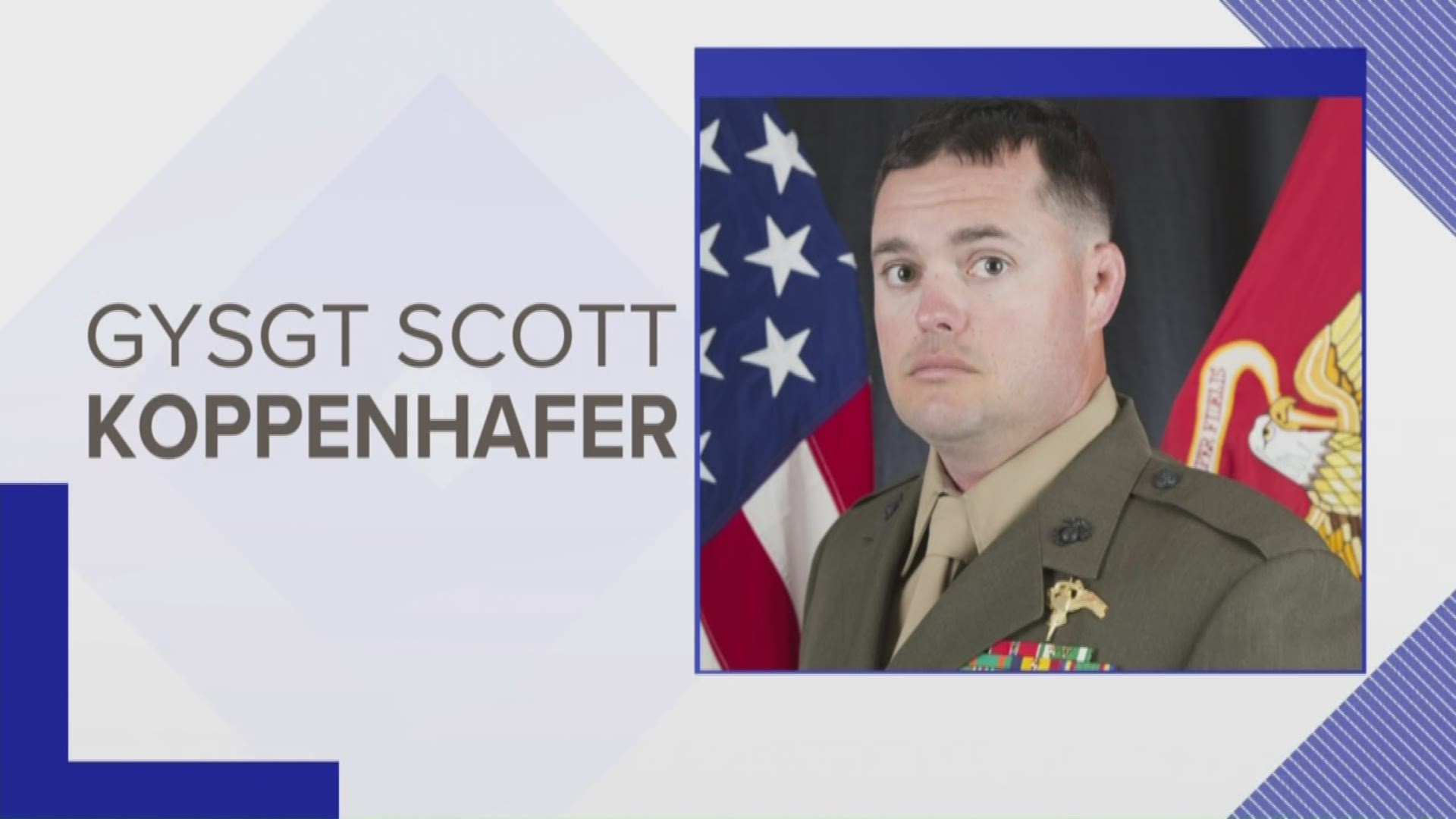 A Marine from southwestern Colorado has died while serving in Iraq.

According to a release from the U.S. Marine Corps, Gunnery Sergeant Scott A. Koppenhafer, originally from Mancos, was fatally wounded Saturday during combat operations while supporting Iraqi Security Forces. He was 35.

Koppenhafer joined the Marines in 2005, serving as a machine gunner and later as a scout sniper. He spent the last 10 years as a U.S. Marine Corps Forces, Special Operations Command (MARSOC) Critical Skills Operator, the release said.

Koppenhafer was awarded a number of medals during his career, including two Bronze Stars and a Humanitarian Service Medal, the release said. He was MARSOC's 2018 Critical Skills Operator of the Year.

He leaves behind a wife and two children.