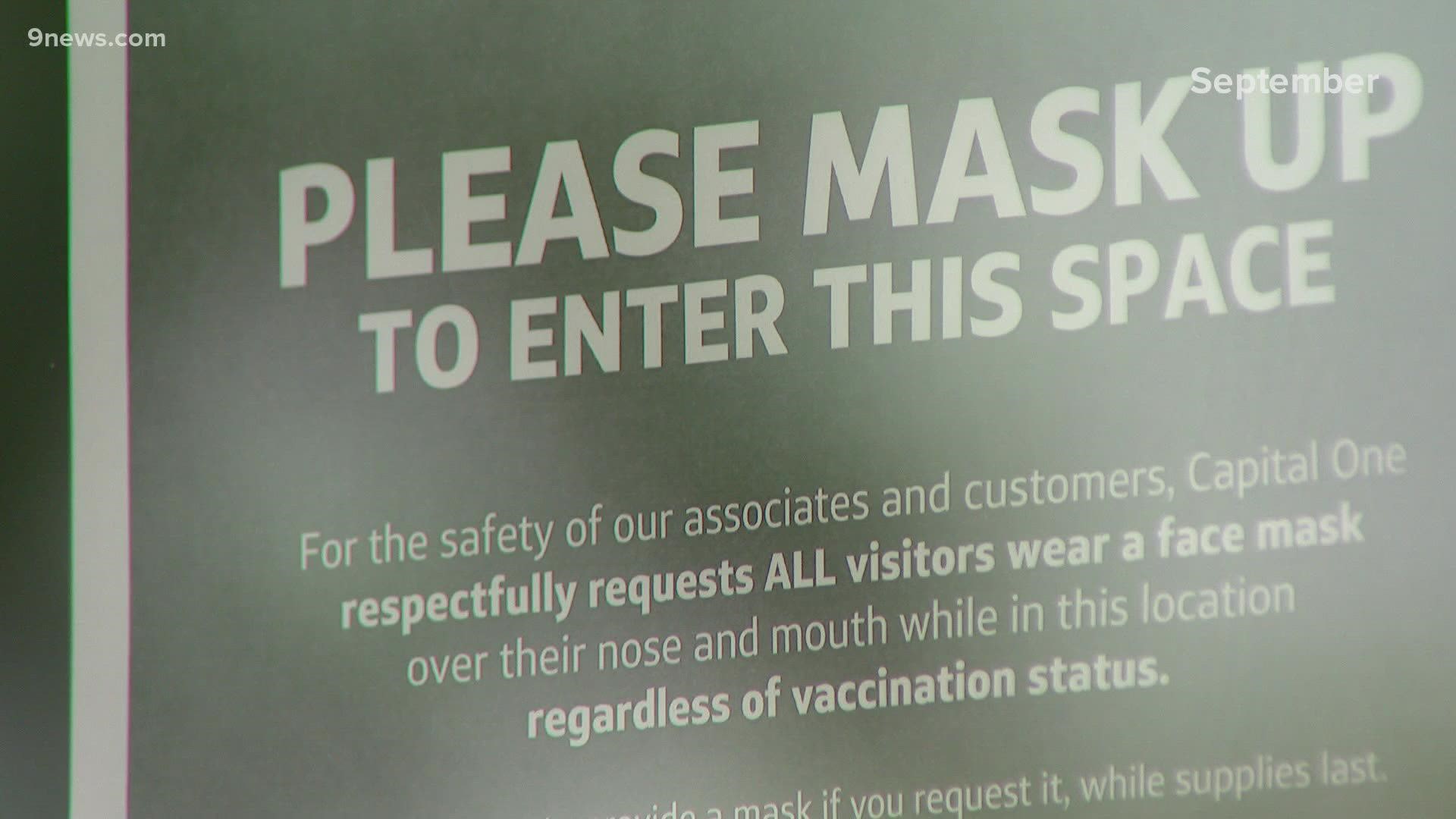 In recent weeks, the state says it's been taking action to get vaccination rates up in Colorado, as well as keeping space open in Colorado's hospitals.

But what hasn't been implemented is a statewide mask mandate. The state has not said whether or not they would put one in place, but have laid out a five-step plan to help hospitals with capacity if needed.

On Oct. 20th, Larimer County did the same thing.

Larimer County in particular has seen some of the fullest hospitals in the state.

According to the county's COVID-19 dashboard, the percentage of ICU utilization levels remains above 100% and the mask mandate was an effort to lower that.

For one business in Larimer County, Maxline Brewing Co-Owner Kevin Gearhardt said for the most part his regulars have been complying with the mandate but says he has seen a hit to revenue so far.

"People are still trying to get used to going back to wearing a mask, right? Because we did without masks for six or seven months, and now people are basically just forgetting to wear one. So it's going to take a while for them to get back in the swing," he said. "The day after the mandate started, we had a retirement party scheduled there in the back for 30 people and 20 of the 30 people called the retiree to let them know they wouldn't be coming because they weren't going to wear a mask. So we took a hit on the event for that night."

While Gearhardt is hoping the mandate helps cases go down, he says he'll do anything he has to do to stay open.

"If you're going to go out to a business that has a mask mandate in place because of the county, continue to support your local businesses and recognize that we're only doing what we have to do to continue to be open," he said.