Students and a few graduates carried signs, marched and sat silently for eight minutes in memory of George Floyd. 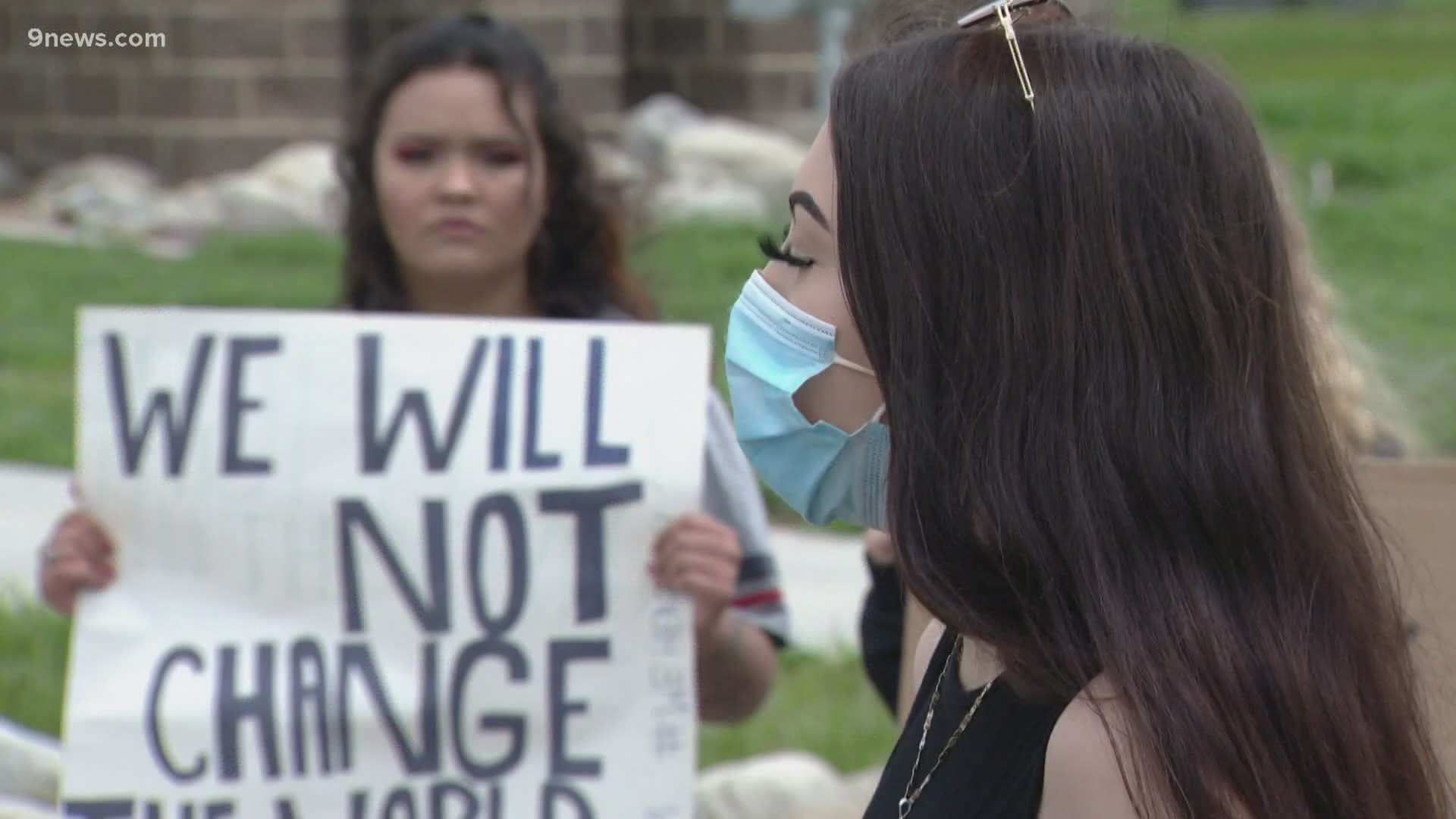 MEAD, Colorado — A group of students and some recent graduates of Mead High School  gathered at the school in protest Friday after a photo surfaced on social media depicting three white students reenacting the murder of George Floyd.

The photo, taken on school property, shows one of the teens wearing blackface as another student kneels on their neck.

“As a Black person, it’s not okay to see people taking that as a joke and making it funny because it’s not," said Kara Bee, a sophomore at Mead High school. "It’s disgusting.”

Bee was among a group of about 45 students who marched across campus Friday and sat in silence for eight minutes in memory of George Floyd.

“It shows that people really do care and people want to see change the same way I do," Bee said of her classmates who joined the protest. 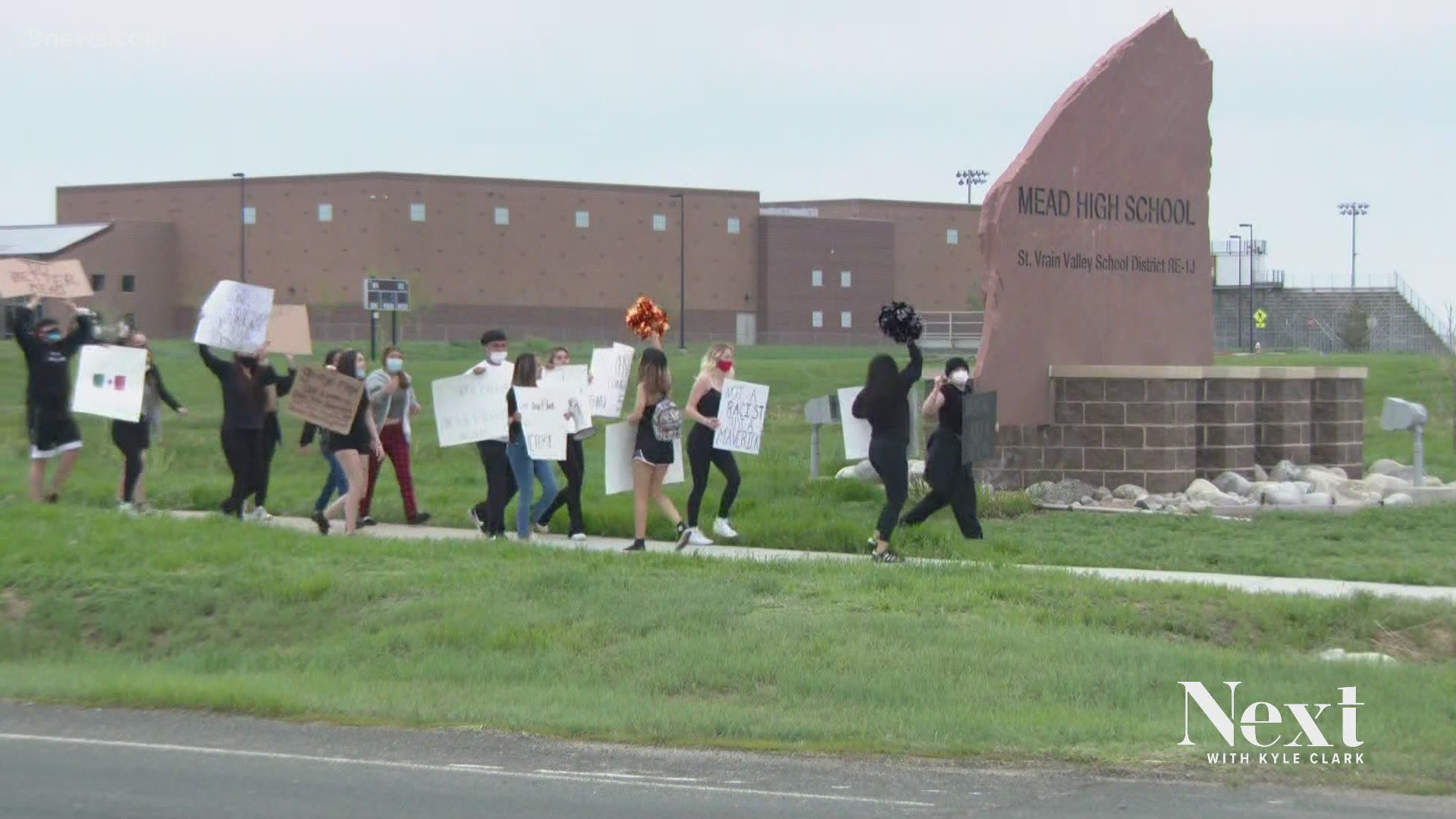 "We in the St. Vrain Valley Schools strongly condemn, and have no tolerance for, racism in any form and will be addressing this extremely serious matter immediately and accordingly," Haddad wrote.

On Friday, students told 9NEWS the teens in the photo were disciplined, but a spokesperson for St. Vrain Valley Schools said the district could not comment on issues related to school discipline due to privacy laws.

"They need to expel the kids that did this," said sophomore Sarah Steere.

Steere said she was disgusted and embarrassed by the photo and that she wishes her school felt more united.

“Nobody really talks to each other," she said. "They’re all in certain little groups and I don’t think that’s okay. I think we should be – everybody should be talking to everybody instead of all separating from different cultures.”

Amieya Martinez said she graduated from Mead High School four years ago. She joined the protest on Friday to support the students after seeing the photo.

“Four years ago, we were dealing with race in this school, too," Martinez said. “Anything like that should not be tolerated by anybody.”

Mead High School's principal sent a letter to parents earlier this week. Rachael Ayers wrote that the photo "did not reflect our school's high standards of respect, character and inclusivity."

The group of students who protested at the school dressed in all black to stand in solidarity, they said.

"I think it’s important to speak up about these issues and not just sweep them under the rug," Bee said.