In a statement online, Superintendent Don Haddad said the photos involved a group of students from Mead High School. 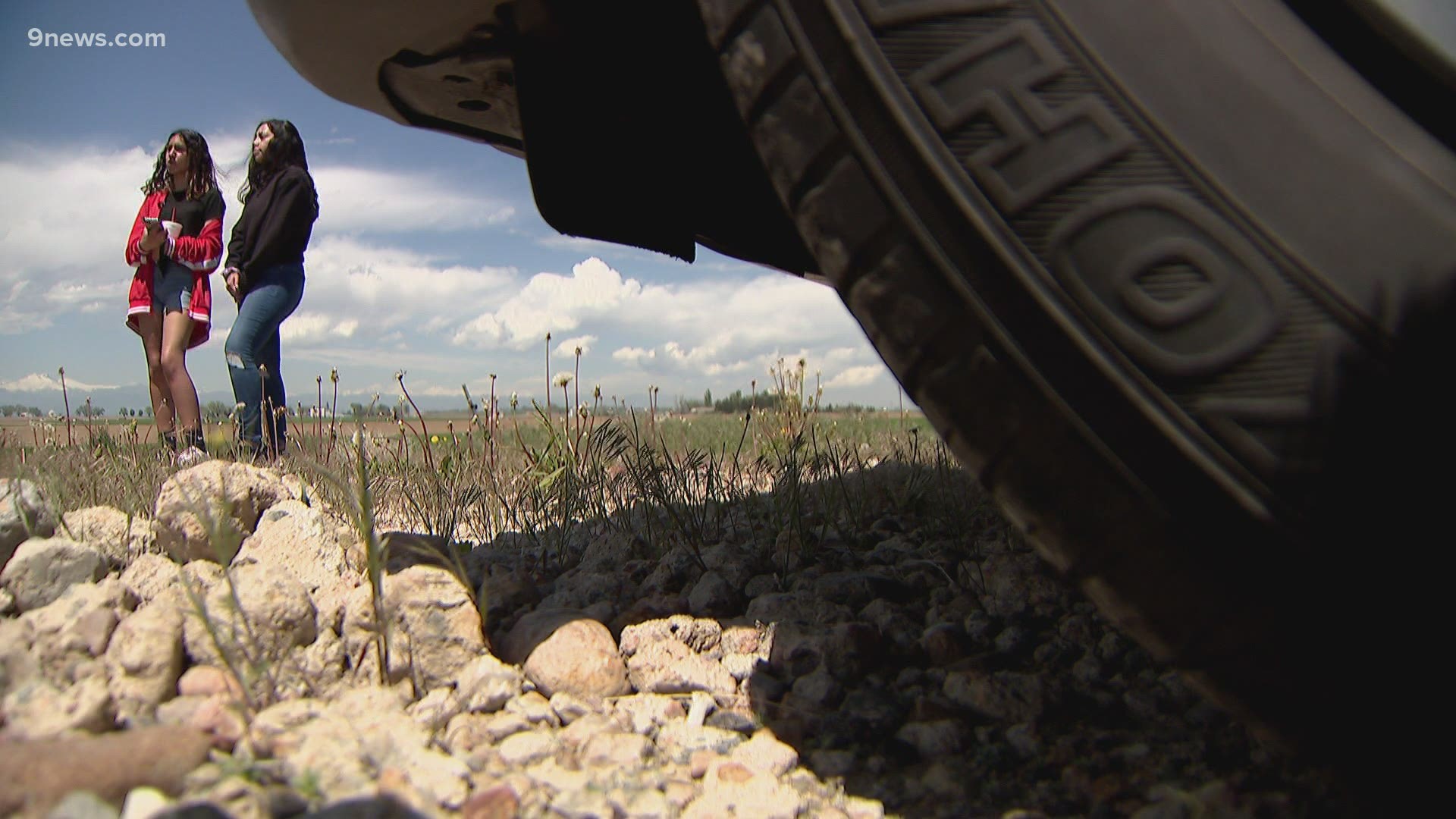 MEAD, Colo. — Mead High School’s principal has sent a letter to parents after a social media post surfaced this week that appears to show three people recreating the death of George Floyd while on school grounds.

“Yesterday, we were made aware of a highly-offensive photo taken on school grounds and posted to social media that did not reflect our school’s high standards of respect, character and inclusivity,” Mead High School Principal Rachael Ayers wrote.

“We take this type of conduct very seriously and have begun an investigation into the matter. If you or your student saw this social media post and would like to process any feelings it may have brought forward, our counseling staff is prepared to provide additional support.”

The photo shows one person wearing blackface and on the ground while another kneels on their neck. Another person is seen with their knee on the other person's back.

A spokesperson for St. Vrain Valley Schools said due to privacy laws, the district could not release information about its investigation.

"It was brought to my attention that a disturbing and disgusting social media post depicting the re-enactment of the murder of George Floyd was made by a group of students from Mead High School," the statement from superintendent Don Haddad says in part. "We in the St. Vrain Valley Schools strongly condemn, and have no tolerance for, racism in any form and will be addressing this extremely serious matter immediately and accordingly. "

“I know that this behavior does not represent our strong Maverick community, and I want to acknowledge the supportive school culture our students, faculty, and staff have cultivated through a challenging time,” Ayers wrote.

“I am very proud of the resilience, compassion, and empathy that our students have demonstrated this year and we look forward to celebrating our students’ many achievements as we near graduation and the end of the school year.”

This photo was taken almost a year after the death of George Floyd at the hands of a Minneapolis police officer who has since been convicted of his murder.

A video of Floyd's death caused numerous protests across the U.S. and renewed conversations about systemic racism and police brutality.