On Wednesday, 94% of acute care beds in Colorado were being used by patients. 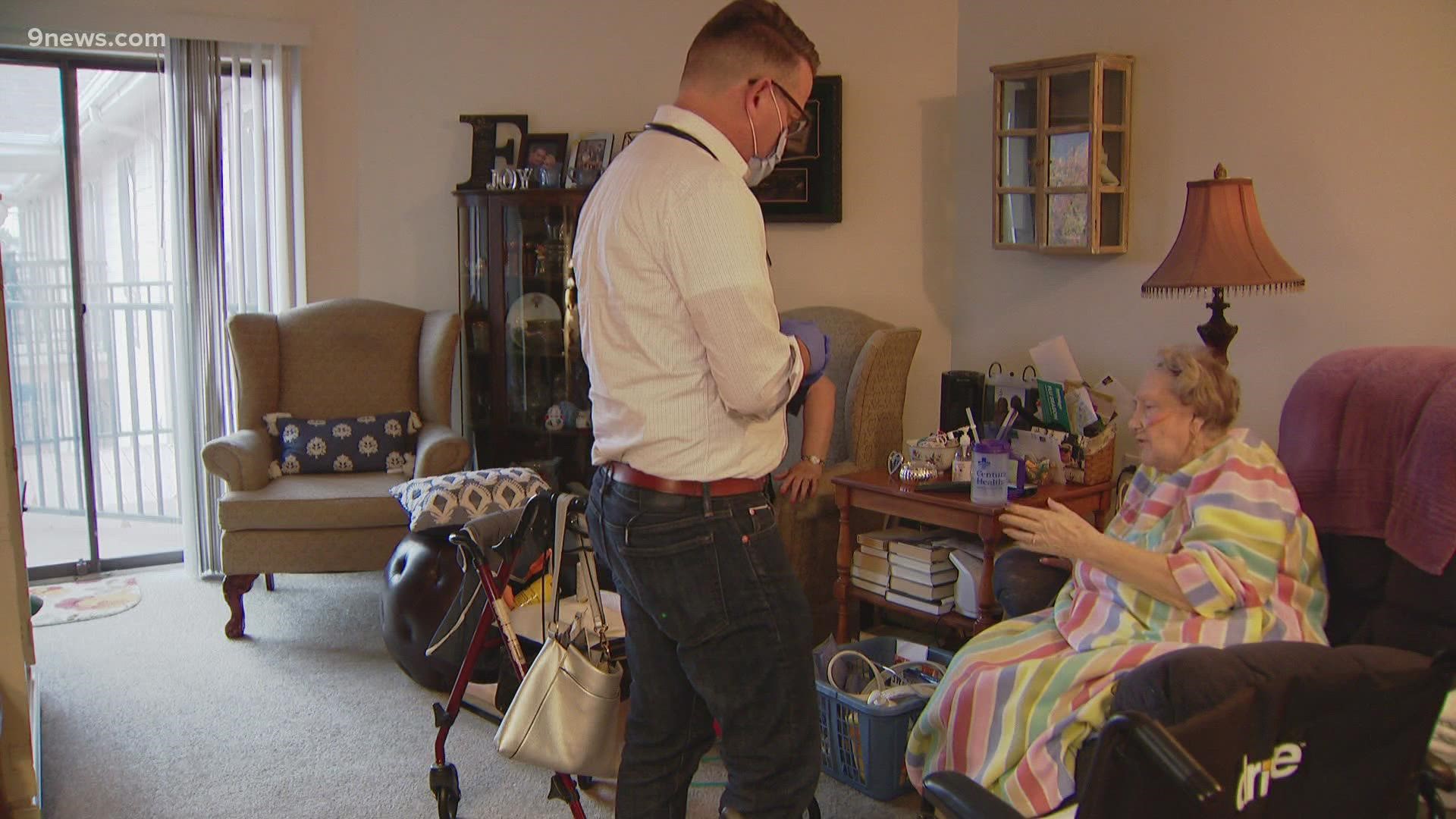 DENVER — A service in Colorado is trying to keep hospital beds open by bringing medical care to homes.

Industry insiders say this service has gained momentum nationwide and became more popular during the pandemic.

The hospital-at-home model is being implemented at numerous sites around the country by VA hospitals, health systems, and home care providers.

On Wednesday, 94% of general hospital beds in Colorado were being used by patients.

Since January 2020, statewide DispatchHealth said it has prevented more than 38,000 emergency room visits and more than 1,000 hospitalizations by taking care of patients in the home.

Dr. Patrick Kneeland, VP of Medical Affairs at DispatchHealth, visited a long-term care facility in Northglenn this week to check up on an 88-year-old woman named Gwen Schroder. Schroder's family said an infection put her in the hospital several times this year.

"That happened three different times, and she said 'I'm not going,' and someone came up with this idea," said Janice McClellan, Schroder's daughter.

Kneeland was just checking her pulse and heartbeat, now that Schroder is feeling much better.

Other visits from DispatchHealth's care team helped Schroder avoid another trip to the emergency room.

They believe keeping Schroder at home is freeing up a hospital bed for someone else, when many beds aren't available right now.

"We are able to support keeping people outside of the hospitals and provide beds for folks who really need them," Kneeland said. "At this point, every bed we can save is a benefit to the community."