Meet the artist behind many of Colorado's ski resort maps

James Niehues has been painting ski areas for more than 30 years. 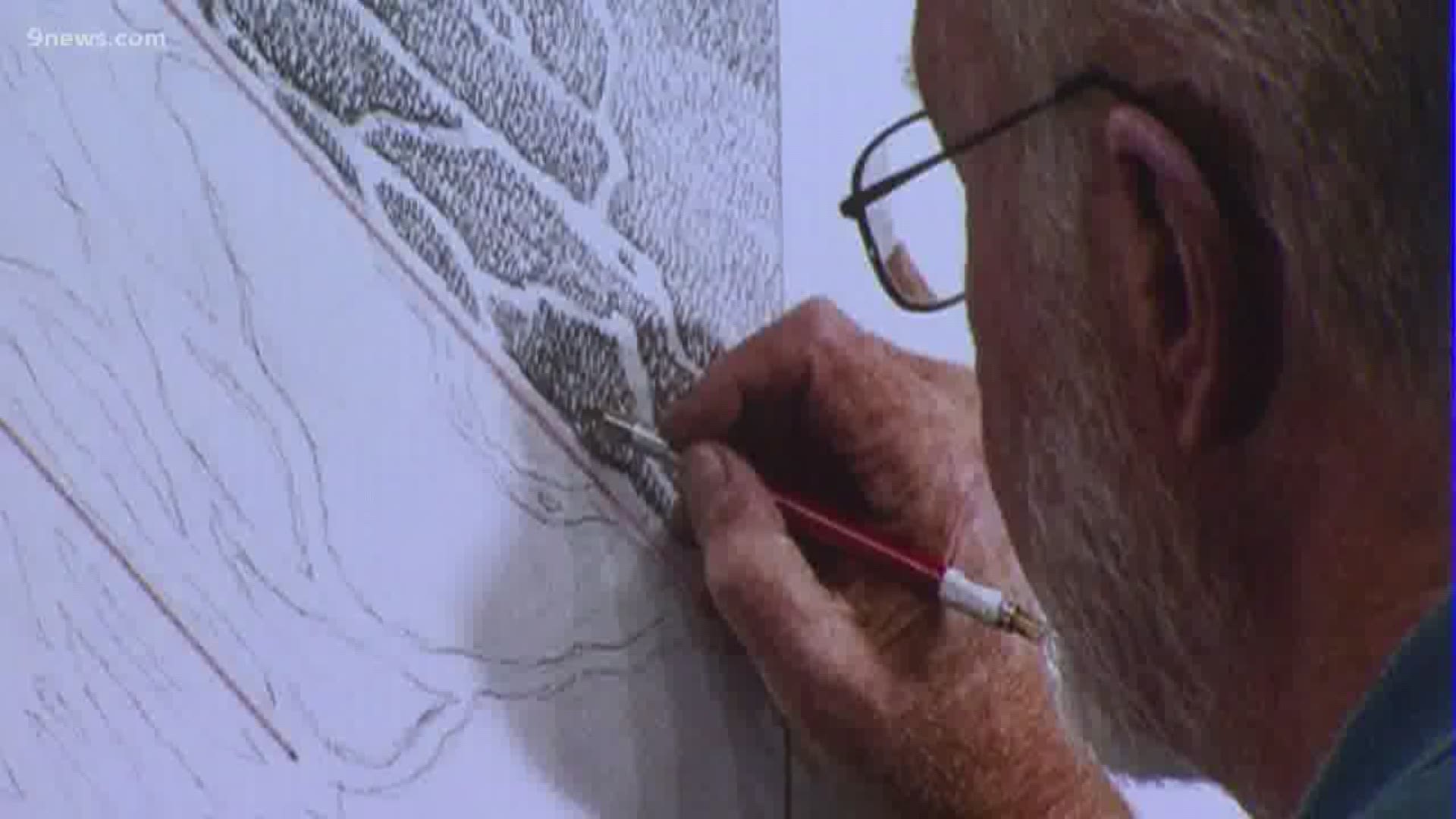 DENVER — James Niehues’ happy place is in front of a canvas with a paintbrush in hand.

Tuesday night, however, the Denver artist found himself in front of a room of people, microphone in hand.

“I have to get into a frame of mind to present things,” Niehues explained. “I get stage fright very easily, but I’m getting a little more used to it. I think it’s because I’m getting older and I don’t care so much.”

James spoke to the Rocky Mountain Map Society’s monthly meeting at the Denver Public Library. He talked about his process as an artist, and as a cartographer.

“His maps are meant to be used by people that are going out and trying to have a fun experience,” said Diane Fritz.

The skier and self-proclaimed map nerd came to hear the man who made many of the maps she holds dear.

“I have a whole bunch of ratty ones in my file cabinet," Fritz said. "Just purely ski maps. Many of them are his.”

Niehues doesn’t solely do ski maps. He also illustrates hiking maps, commissioned works for towns and cities, and other projects.

“I started painting illustrations of ski areas over thirty years ago,” Niehues told the crowd.

He said he uses aerial photography for reference images of the mountains. Whenever he gets the chance he goes captures those images himself. Otherwise, he relies on photos provided by his clients.

Next, he said he sketches the map, often altering aspects of the landscape to make it easier for the user to read. Once he’s done with the sketch he uses airbrushing and watercolor to make the image used by ski areas.

Once finished, ski areas overlay the routes, difficulty, chairlifts and more information to complete the map.

“They put on their logos and they put on all kinds of stuff. They cover up my work,” he said, getting a laugh from the map enthusiasts.

While Niehues has spent more time than he could ever track painting countless trees and parking lots full of tiny cars, he said he couldn’t ask for a better gig.

“I get to fly a little bit," he said. "I love photography and I get to do aerial photography, and do a little skiing too.”

Niehues just put out his first book The Man Behind the Maps.

It features 200 of his ski maps spanning his career. He’s done work for Arapahoe Basin, Winter Park, Telluride, Vail, and many other Colorado ski resorts.