50 years later, a son marks his father's death as a 'hero' 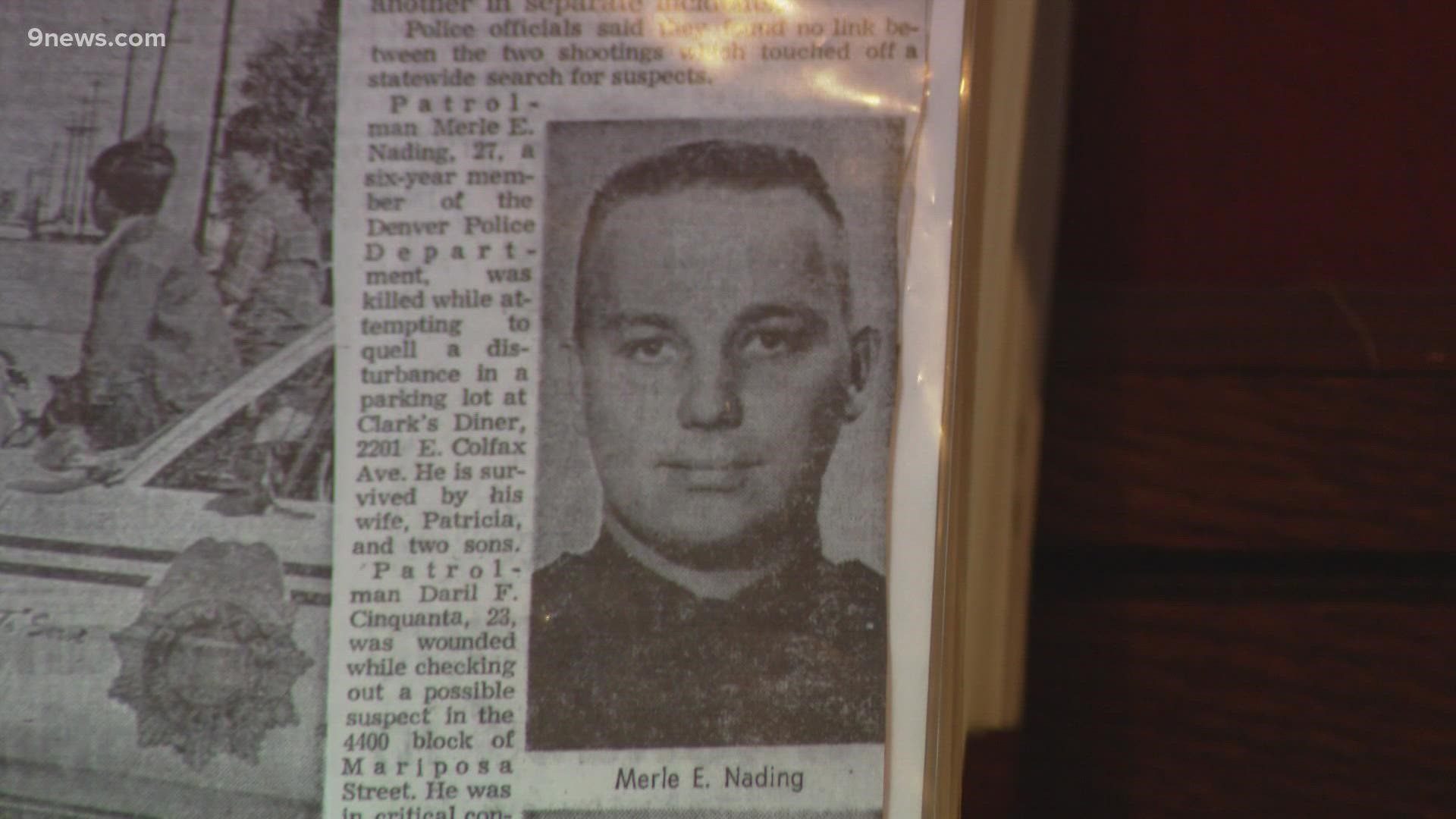 DENVER — Fifty years later, Lance Nading says he remembers it like it was yesterday – the worst yesterday of his life.

It was Oct. 3, 1971. Lance's father, Denver Police Officer Merle Nading, responded to a call about a fight in a parking lot at Colfax Avenue and Gaylord Street.

According to police, Merle was about to make an arrest when he was suddenly attacked by four men, one of whom grabbed Merle's gun and shot him once in the back, killing him.

Lance was 10 the day his father died. His brother, Todd, was 8. Lance said he still vividly recalls his mother waking him up to tell him the news.

"I was in bed, it was a Sunday; I was in bed sleeping in," Lance said. "I remember exactly what she told me. She said, 'Your father is dead,' and she had a real hard time verbalizing anything beyond that."

One week after Merle's death, police arrested a suspect, who was later tried but found not guilty.

"I was livid; I was angry and confused," Lance said.

Lance said it took a few years, but that his anger over his father's death eventually subsided. For the past 20 years, he's been a real estate developer, and, in 1993, he opened Pints Pub, a popular restaurant directly across the street from Denver Police headquarters.

"I loved it. I absolutely loved it," Lance said. "It was great because I'd see some of my dad's old buddies."

Merle was a six-year veteran of the Denver Police Department. His colleagues nicknamed him Bambi because of his gentle disposition.

Lance said his father was a loving and engaged dad who took him water skiing all the time in Carter Lake near Loveland and brought him along to some of the contracting jobs that he worked during his spare time – a kind and generous man, according to Lance. His hero, he said, then, now and always.

"I'm nearing the stage of life that he never got to experience. He never got to meet his grandkids," Lance said. "Who wouldn't want their father to live to see them through adulthood, and beyond. I would give anything to have that."