This is the second time the now 55-year-old has been convicted of murder. 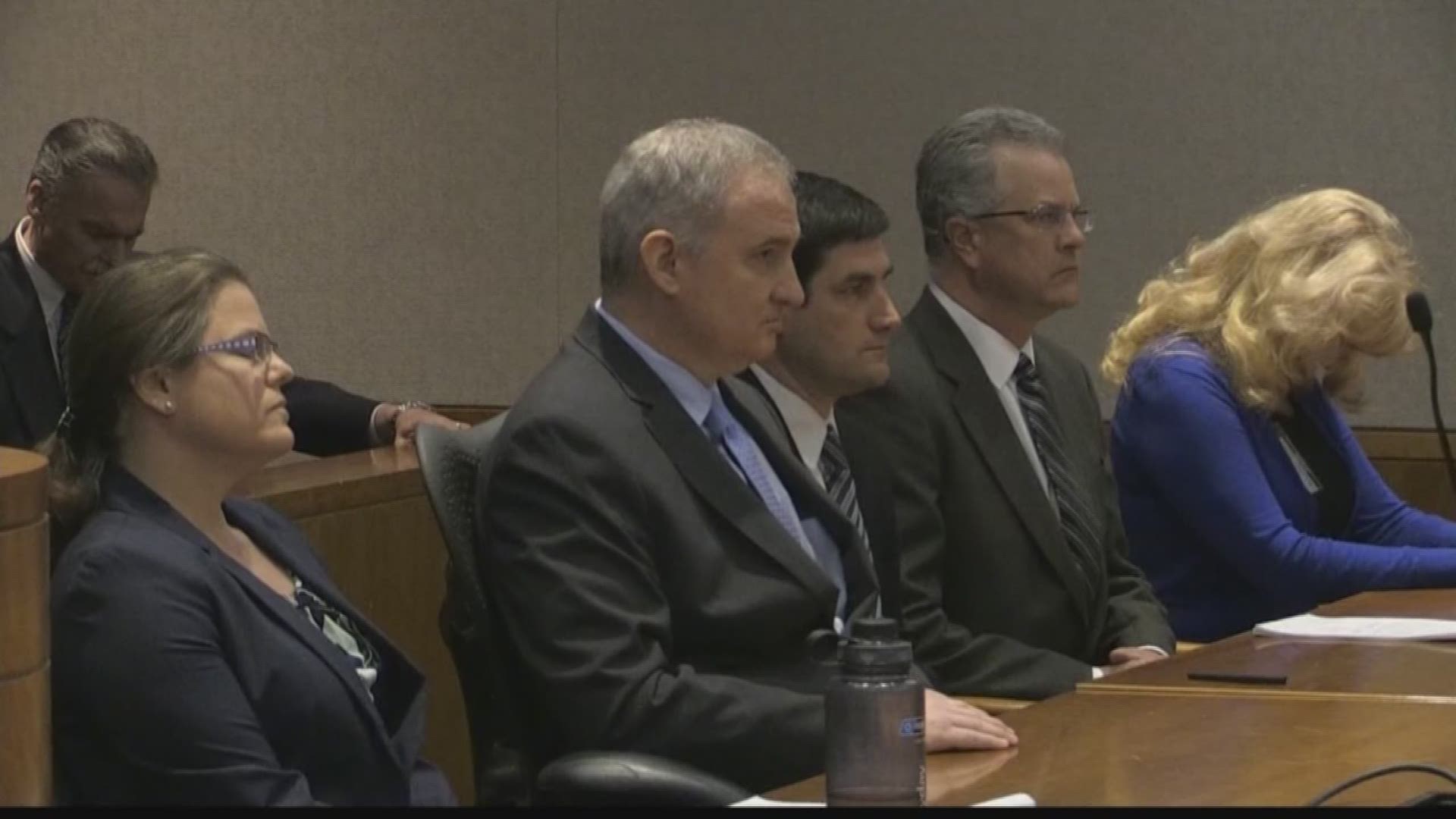 A Grand Junction man will continue to spend the rest of his life in prison for the murder of his wife Jennifer Blagg.

Michael Blagg was first convicted back in 2004, but a judge overturned that conviction after the defense discovered one of the original jurors lied about being a victim of domestic violence. The case was moved from Grand Junction because of its notoriety.

“Jennifer and Abby were precious as any parent recognizes their children are,” said Marilyn Conway, Jennifer Blagg’s mother. “I will see Jennifer and Abby … but my world is never going to be complete until I do.”

TIMELINE| The case against Michael Blagg

Mesa County prosecutors convinced the jury that Michael Blagg murdered his wife, wrapped her body in a tent and tossed it into a dumpster at his office November 13, 2001 — three days before their 10th wedding anniversary.

“Jennifer lay sound asleep while her husband retrieved the gun, filled it with a bullet, pulled the trigger while she slept sounded, covered her face so she wouldn’t have to watch it happen, and ended his wife’s life,” prosecutor Trish Mahre said during closing arguments. “He had all night to make decisions about what to do with her body.”

Jennifer Blagg’s body was found at the Mesa County landfill in June 2002 mixed in with trash from Michael Blagg’s employer, Ametek Dixon.

WATCH| A snippet of an interview between Michael Blagg and investigators

Jurors heard five weeks of testimony from dozens of witnesses, and saw hundreds of pieces of evidence ranging from the bedding where Jennifer Blagg was shot to Ametek Dixon waste recovered from the landfill.

The defense argued that someone else — possibly a child predator — killed Jennifer Blagg and took the couple’s six-year-old daughter, Abby Blagg, who has never been found. Public defenders Scott Troxell and Tina Fang tried to make the case that investigators focused on Blagg to the exclusion of leads pointing to a different killer.

“For 16th years, Michael Blagg has lived with the real and horrifying truth that a serial pedophile, a serial killer, someone took his wife and daughter,” Fang said during closing arguments.

Ultimately, the jury decided not to accept that narrative.

They also found him guilty of abuse of a corpse, use of a deadly weapon and stealing furniture and a paper shredder from Ametek Dixon.

Michael Blagg’s family, who appeared to be praying outside the courtroom before the verdict, were visibly upset by the decision.

His sister, Claire Peterson, cried after speaking to the judge during sentencing.

“I and the other member of Mike’s family believe in his innocence 100 percent … ,” Peterson said. “We will not give up the fight until he is found innocent and we can bring him home.”