Positively Colorado: An artist's journey from the courtroom to the galleries

Former 9NEWS courtroom artist Mitch Caster is known for his beautiful paintings, but his career started out in a much different way. 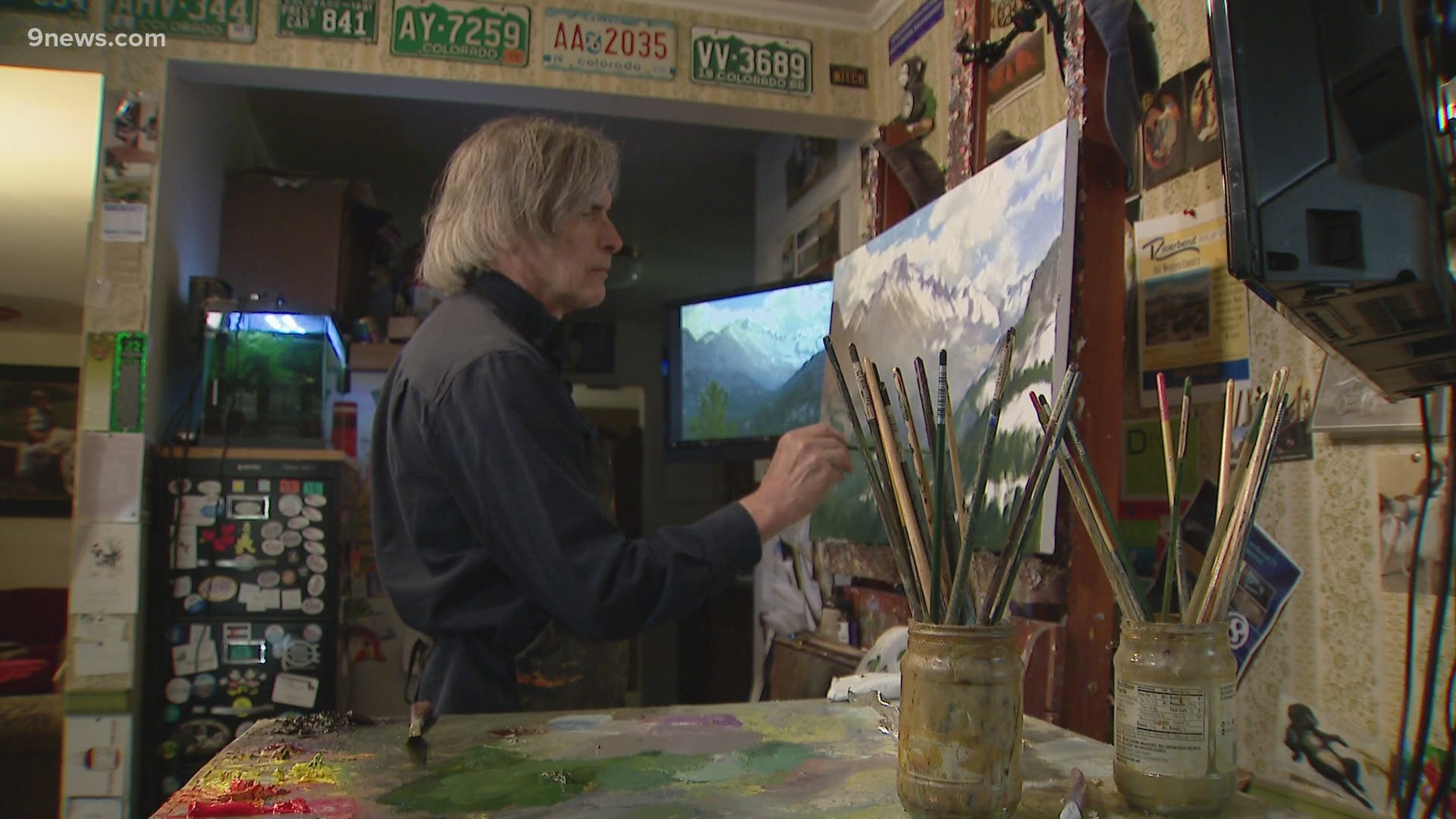 DENVER — When Oklahoma City bombing co-conspirator Terry Nichols was tried in federal court in Denver in 1998, there were no cameras in the courtroom.

The media relied on sketches by artists who were there every day. The 9NEWS artist was Mitch Caster. He covered dozens of high profile trials that decided the fate of murders, abusers, corporate swindlers and others.

Caster said the ugliness of many of those news stories led him to discover the beauty that he creates today.

"Most of the time I'm just interested in beautiful things that make me happy, pretty simple," Caster said.

His works have won awards, and are now featured in private and corporate collections around the world.

Caster has traveled the world, taking pictures that may eventually end up as the subject of one of his paintings. His dramatic use of light and shadow has become his signature, and his color, tone and design are what defines his works.

But it's Caster's passion that makes his art magical.

"There's the part you really can't describe" he said. "Some pieces magically work. But mostly it comes down to good design."

You can see Caster artwork at this link, and at the Spirits in the Wind Gallery in Golden.