Breckenridge Music has been working on building a camper they can set up for concerts outdoors this summer. 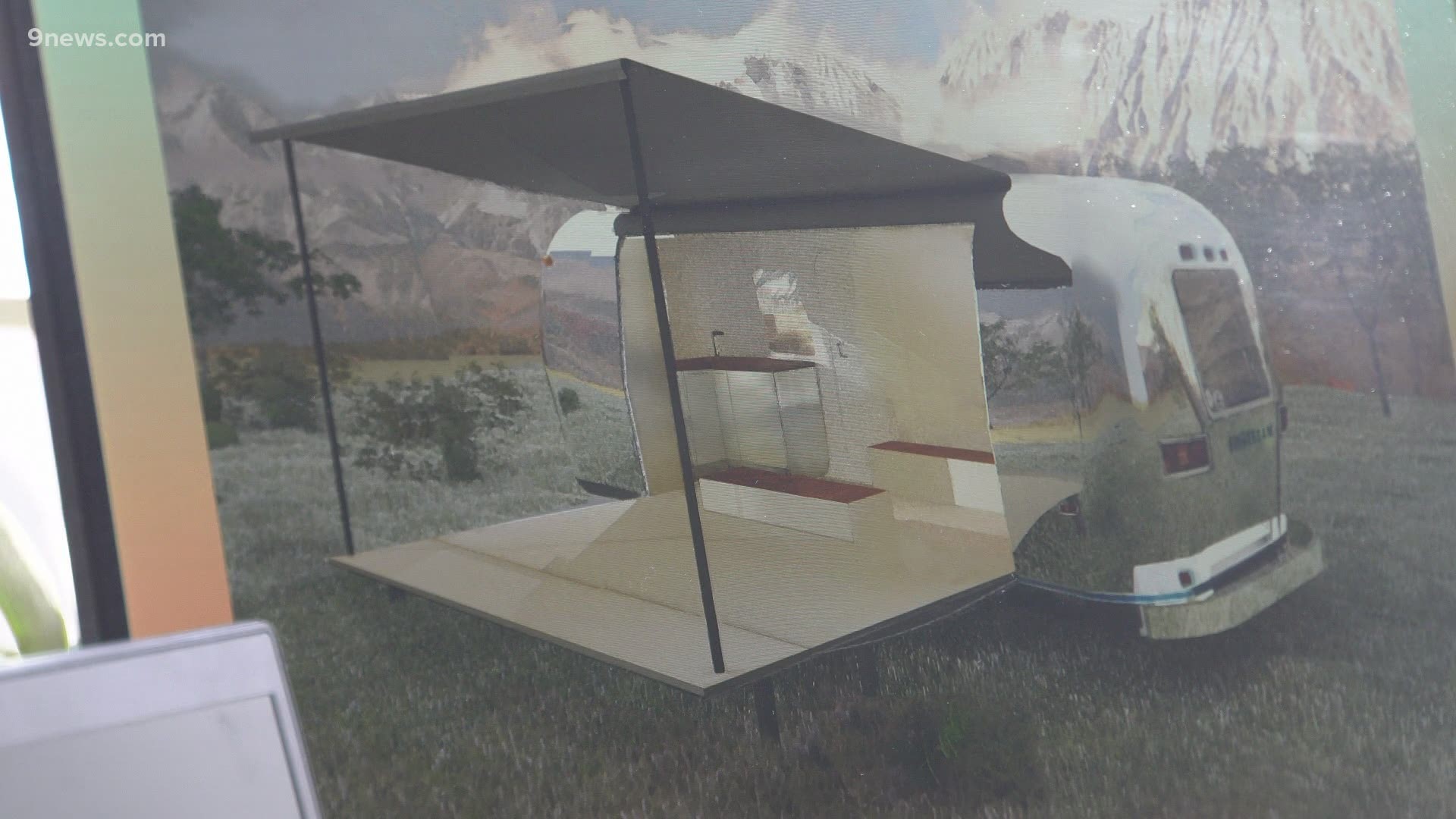 BRECKENRIDGE, Colo. — At Breckenridge Music, Executive Director Tamara Nuzzaci-Park is checking out the final preps on a camper trailer being built that will help the organization get its summer concert series back in gear.

“This is a joint project with Breck Music and Breck Create,” said Nuzzaci-Park.

With the pandemic still ongoing, the idea is to bring back summer concerts but do them outdoors. They're using a retro 1975 Airstream camper to get the job done.

“This is a 1975 Airstream Ambassador,” said Nuzzaci-Park. "The shell was cut off and we’re rebuilding and outfitting for our performance needs.”

The AirStage will be rolled out June 1, and comes with a stage that can be pulled out for bands to perform on, along with a green room and kitchen.

"We’ll roll it into an open space that makes sense and is generally level,” said Nuzzaci Park. “The side of the airstream trailer opens up and folds down, so we still have great sight lines for everyone involved."

Bands will get a 16X9 foot stage, which will be enough space for one singer or a band of up to six performers. Pat Green, Asleep at the Wheel and the Indigo Girls have all been announced as acts for the summer concert series in Breckenridge.

RELATED: Stay the night retro-style in a classic Airstream trailer

Along with music the AirStage will also have a digital wall that can be used for digital art installations.