How the Central 70 Project has progressed during the pandemic

Having fewer commuters during the pandemic has made I-70 construction a little easier. 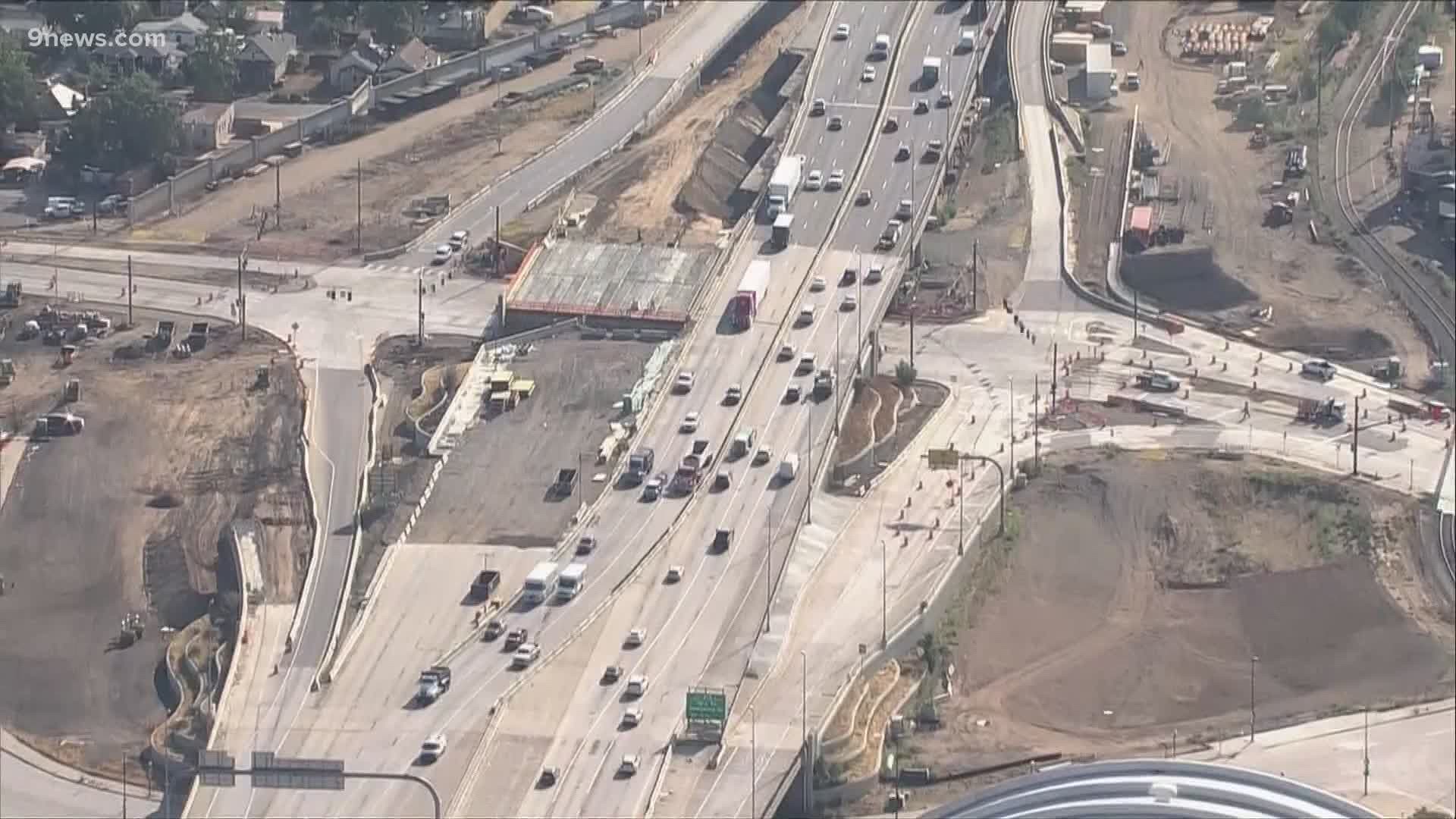 DENVER — The biggest road project in Colorado is in the thick of construction, and more changes are on the way.

"We've already completed the east segment, which is between Quebec Street and Chambers Road," Sellers said. "For 5 miles of our 10-mile project, traffic is now flowing on the widened lanes of I-70."

The central segment of the project, between Colorado Boulevard and Quebec Street, will be finished this year.

"The west segment between Brighton and Colorado, the biggest part of the project, [will be] shifting traffic into the lowered section," said Sellers.

"This is a very exciting time for our project," said Sellers. "We have six lanes that are being built out right now for the lowered section. One day those will be the future westbound lanes. Right now we're building it to accommodate east and westbound lanes of I-70."

The stretch of the interstate that commuters are driving on now between Brighton Boulevard and Colorado Boulevard will be demolished over the next five months.

"Once the viaduct is complete, we will start to build the eastbound lanes of the lowered section, and traffic will be switched into the new lanes next year," said Sellers.

Sellers said the Central 70 Project is projected to be completed by winter 2022. CDOT said that while there will be some punch-list items to complete in 2023, there will be nothing major that will impact commuters.

CDOT said it continues to stress worker safety in the project.

New, widened lanes on the east end of the project have resulted in more people speeding, CDOT said. Speed limits remain 55 mph through the construction zone.

The Central 70 Project will reconstruct a 10-mile stretch of Interstate 70, add one new Express Lane in each direction, remove the aging 56-year-old viaduct and lower the interstate between Brighton and Colorado Boulevards.

More information on the project is available at central70.codot.gov.