Unlike a keg, the firkin uses priming sugar to carbonate the beer, instead of force carbonating with carbon dioxide. 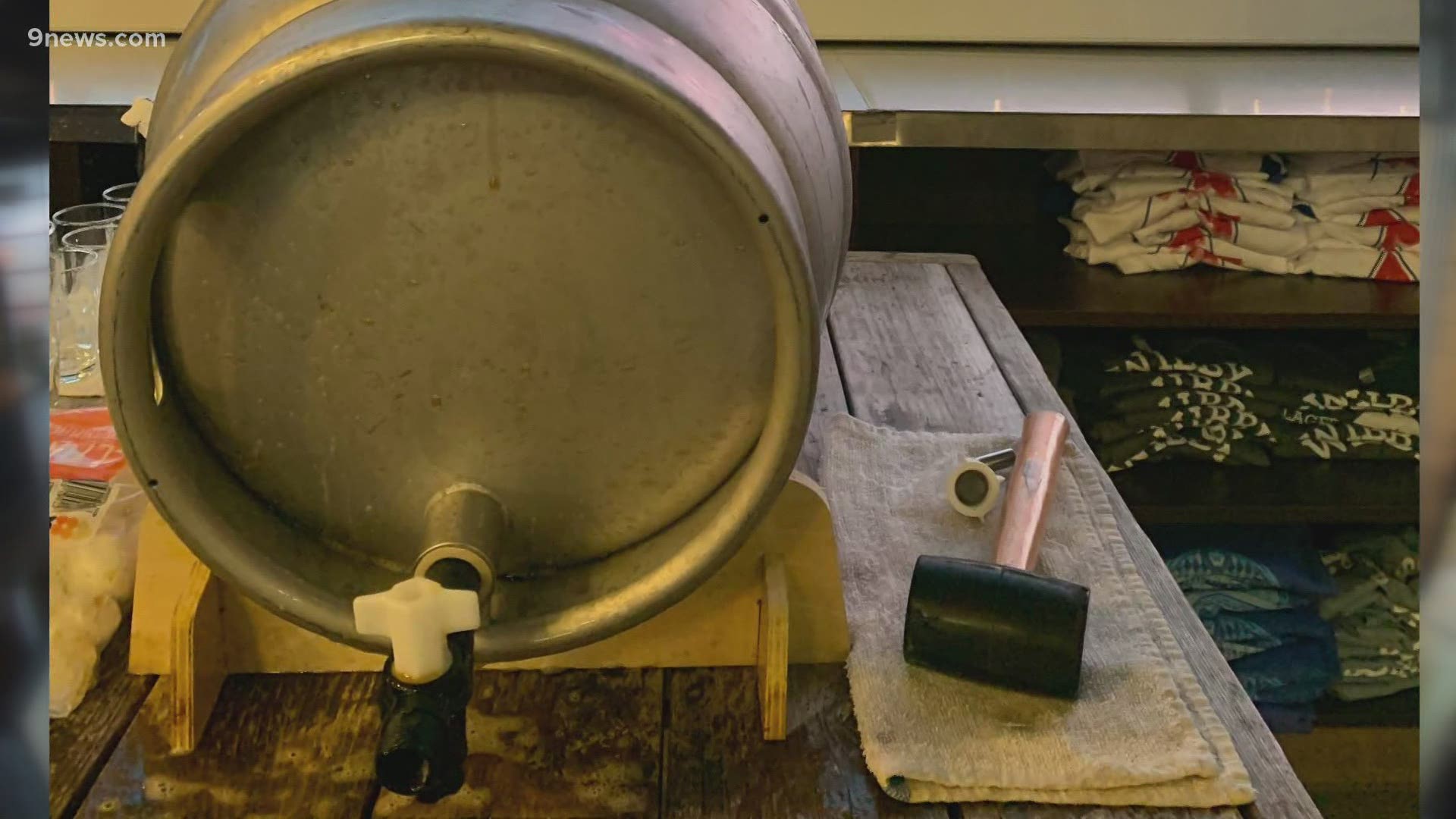 DENVER — Each week during February, tapping the firkin is an event at Wibby Brewing in Longmont, even during the COVID pandemic.

“A new person gets to tap the firkin every week ,” said Ryan Wibby, brewmaster and president at Wibby Brewing in Longmont.

“We have a big countdown. We turn the music up way loud,” said Ted Risk, director of sales at Wibby.

Once the firkin is tapped, you have just a few hours before that unique beer is gone.

“It’s a way to serve a unique one-off beer,” said Wibby. “Usually with some sort of special ingredient or unique ingredients.”

A firkin looks like a keg, just a little smaller. Justin Baccary is from Station 26 Brewing Co. explains that there’s a little more science that goes into it.

Every February there’s a firkin rendezvous where breweries come together, bring their firkins and raise money for the Colorado Brewers Guild.

“The brewers guild is our nonprofit trade organization,” said Baccary. “With the goal of protecting and supporting independent Colorado craft breweries.”

This year, breweries are still making the firkins and raising money, they’re just doing it on their own all month long. At Wibby Brewing, it’s every Friday.

“We take our beer that we normally produce then add new special flavors to it to create a separate beer that you can only get at the brewery until that firkin is kicked,” said Wibby.

And at Station 26, the firkin event is held on Thursdays.

Together, Colorado breweries are keeping the fundraising tradition alive in a new way during the pandemic.

“It’s a really creative process for our brew team or anyone on the team to come up with ideas to make a small volume of a very unique beer,” said Baccary.

“It’s always fun to be a part of an initiative that benefits everyone,” said Risk.

Multiple breweries are taking part in Firkin February. For a full list and times, check out their website.

RELATED: Colorado Pint Day is back with a new collectible glass