The U.S. Forest Service is working to clear trails and roads around Grand County after strong winds a few weeks ago blew down thousands of trees. 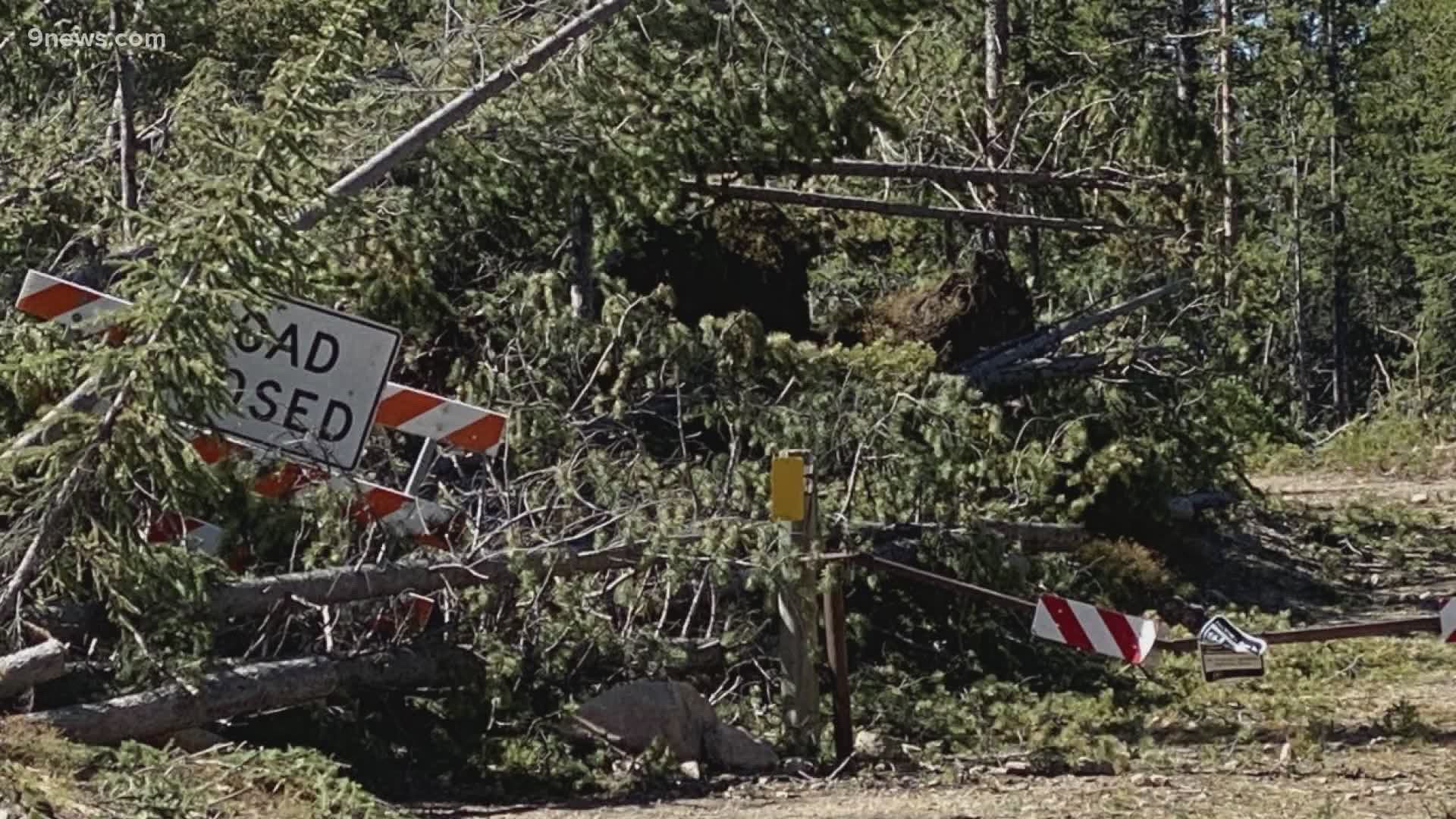 “What we have seen so far is that it is tens of thousands of trees that have blown down,” said Copper.

In some areas, Maire Sullivan with the Headwaters Trail Alliance said hillsides look like an avalanche hit, wiping out huge areas of trees.

“It was such a violent wind coming from the east,"  said Sullivan. “it laid everything down, similar to a nuclear blast.”

The Monarch Lake Trail, the Idlewild Trial System, Rollins Pass and Corona Pass all got hit hard with places where trees are on the ground and piled 15 feet deep.

Crews have been working to clear trails and roads but in some places, it could be years before the work is done.

“Where chain saws are not allowed, it could be several summers before those trails are cleared out," said Sullivan.

Not only will the fallen trees add to the fire danger in those areas but for the next few years hikers are being warned to be ready for longer hikes and for a different looking landscape.

"We’re finding these sections of trails have been hit hard and it’s taken people longer than they had planned for their hike by the time they climb over and under these trees,” said Copper.

RELATED: Work and play remotely in the Colorado Rockies