The show must go on: Summit County actors hit the road after coronavirus closes theater

Performers with the Lake Dillon Theater in Silverthorne are taking the stage on the back of a pickup and performing in mountain neighborhoods. 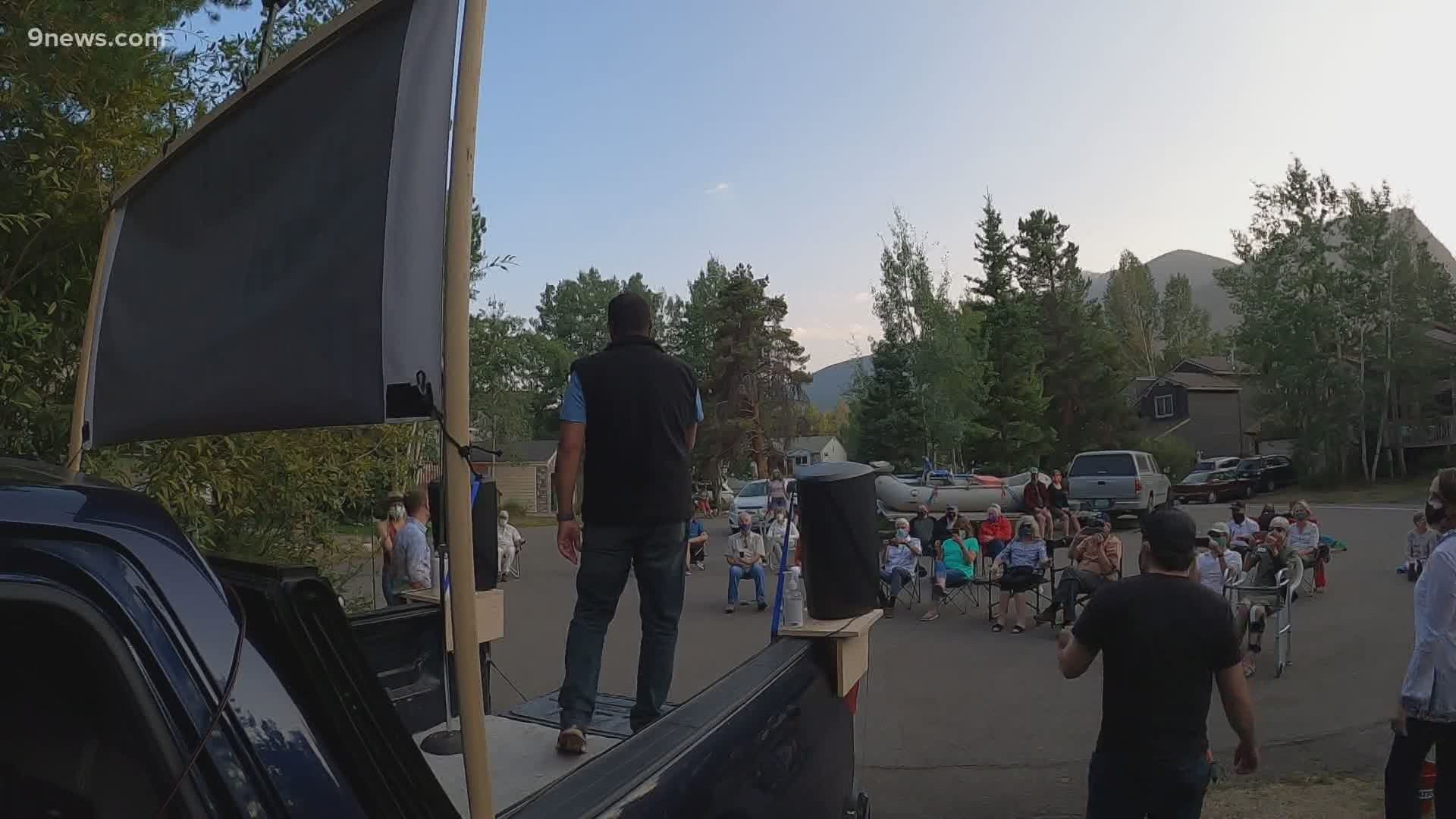 SILVERTHORNE, Colo. — Opening night doesn’t usually turn into closing night for a theater production, but these haven’t been normal days and at the Lake Dillon Theater in Silverthorne.

Producing Artistic Director Chris Alleman says they had to close a show on the same night it was supposed to open.

“Friday, March 15, (was) when we had to shut down the building on opening night of a show,” Alleman said.

That was just as the pandemic was starting. Since then COVID-19 health guidelines and restrictions have kept the theater from performing live theater indoors.

They’ve worked on digital projects and used a small outdoor stage for a few productions, but now the mountain theater is taking a page from old school theater by taking the show on the road.

“Remote curbside cabarets that go back to the old traveling theaters,” said Alleman.

RELATED: Arapahoe Basin's aerial course is roping in a new way to fly down the mountain

The cast and crew load up a Ford pickup with sound equipment, a banner and props before driving to different neighborhoods around Summit County.

Then they turn the bed of the pickup into a stage and put on a show for people who live on that street.

“They have fair warning,” said Alleman. “We open the truck, we open up the speakers, the back of the truck becomes the stage and we do a 45 minute concert for the neighborhood.”

People come out of their houses, drag their lawn chairs into the street or just watch from their decks while donations are collected to help fund the theater's youth programming.

So far there have been curbside cabarets in Keystone and Frisco, with another scheduled for Silverthorne. They may also perform in Denver for second homeowners.

“For people to get out of the house, enjoy the outdoors and experience some theater in a different way,” said Alleman.