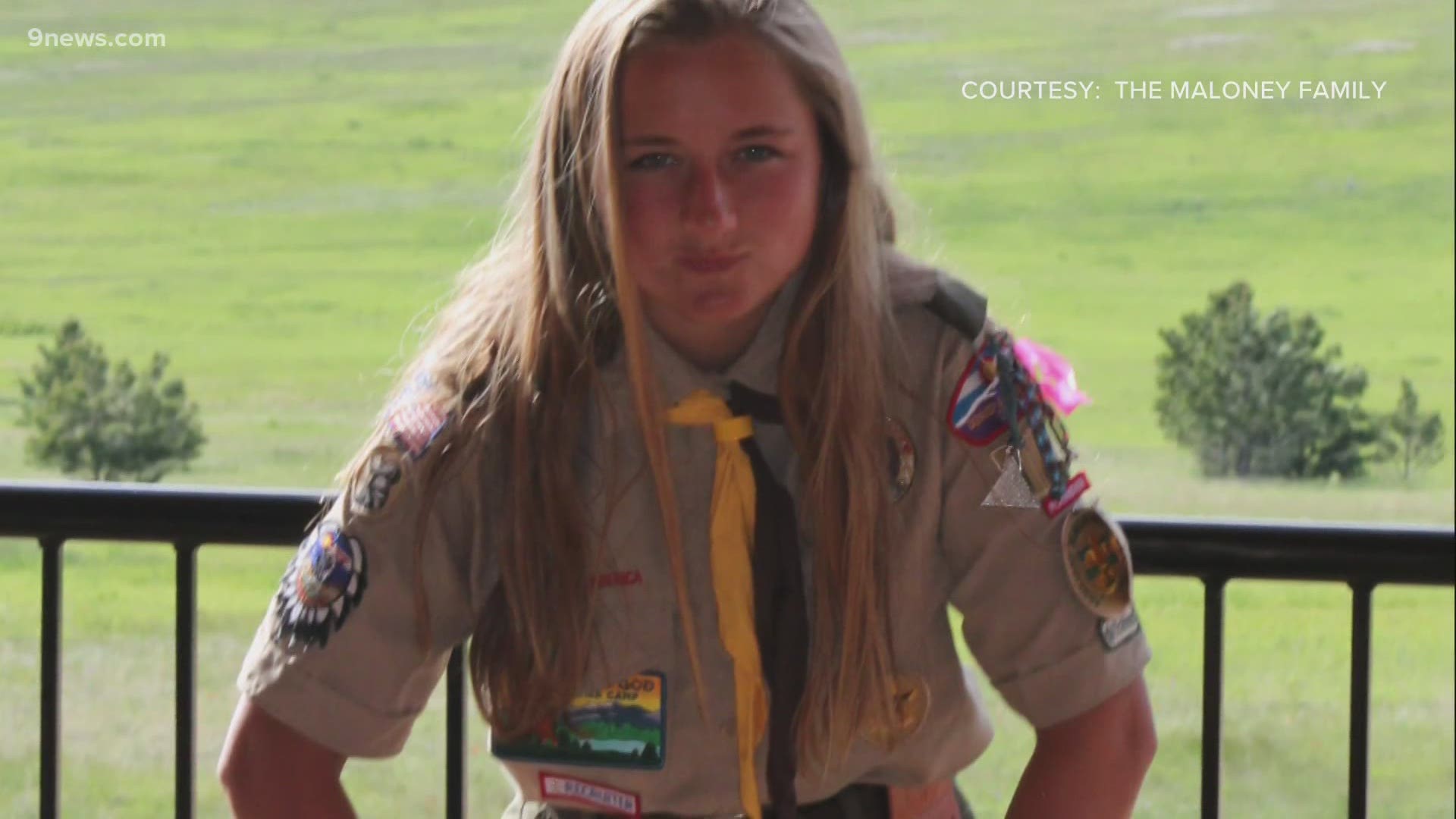 Future NFL Hall of Famer Steve Atwater was the keynote speaker and the event is the largest fundraiser for the DAC, which helps serve youth in ten counties throughout the Denver metro area and nearly 32,000 young people and volunteers.

The group teaches youth self-confidence and leadership skills to youths like 17-year-old Leah Jo Maloney who joined the Scouts on Feb.1, 2019, when it first opened for the first time to girls.

“I was kind of hesitant because it was a controversial topic but honestly It’s been such an amazing experience and I’m so grateful to be a part of it," Maloney said.

Maloney is a Life Scout and is part of DAC Troop 114G out of Littleton. The “G” stands for girls.

“It’s just been an amazing opportunity and has opened a lot of doors and connections that definitely would not have had access to if it had not been for scouting," she said.

Recently, Maloney was awarded the Medal of Merit, the first female in Colorado and the first scout in 80 years to earn it from her troop. Maloney earned the award for helping a fellow hiker while on vacation.

In January, Maloney and her family were on a guided hike to the top of a volcano in the Caribbean.

“It was pretty rigorous, it was not what we were expecting at all,” she said. “A lot of the locals were warning us it was harder than we expected, which coming from Colorado we were used to 14ers and hiking all the time."

The almost 3.5 mile path was a steep, muddy ascent through the jungle. Maloney said most of the 30 or so hikers were not prepared.

“We were probably the only people wearing hiking boots," she said.

"“We came prepared with our boots, water,” said Leah Jo’s mom, Kim Maloney.  “I had no idea Leah even had her backpack on.”

Leah Jo Maloney's backpack was packed with a First Aid kit in case of an emergency. It’s a preparation step she and her troop learned while earning their First Aid Merit badge two years ago.

“On the way down, one of the ladies in front of us had fallen and she tore her ACL," Kim Maloney said.

That’s when Leah Jo Maloney jumped into action and helped stabilize the injury with her First-Aid kit and duct tape.

“As a parent looking on, I was just pretty blown away and really proud and excited for her that she had the courage to go for it," Kim Maloney said.

Leah Jo Maloney is now on her way to becoming an Eagle Scout, with plans of installing mile markers in Wateron Canyon. She said the hope is to help others live up to the Scout motto of being prepared.

“I don’t think anyone expects anything to happen," she said. “But that’s kind of the beauty of Scouts is teaching you to really embrace the unexpected and take advantage of the unexpected.”