The Feed: Black Knife Bakery bouncing back from pandemic hardships

This week in The Feed, Kylie Bearse introduces us to the woman behind Black Knife Bakery who says business actually picked up during the pandemic. 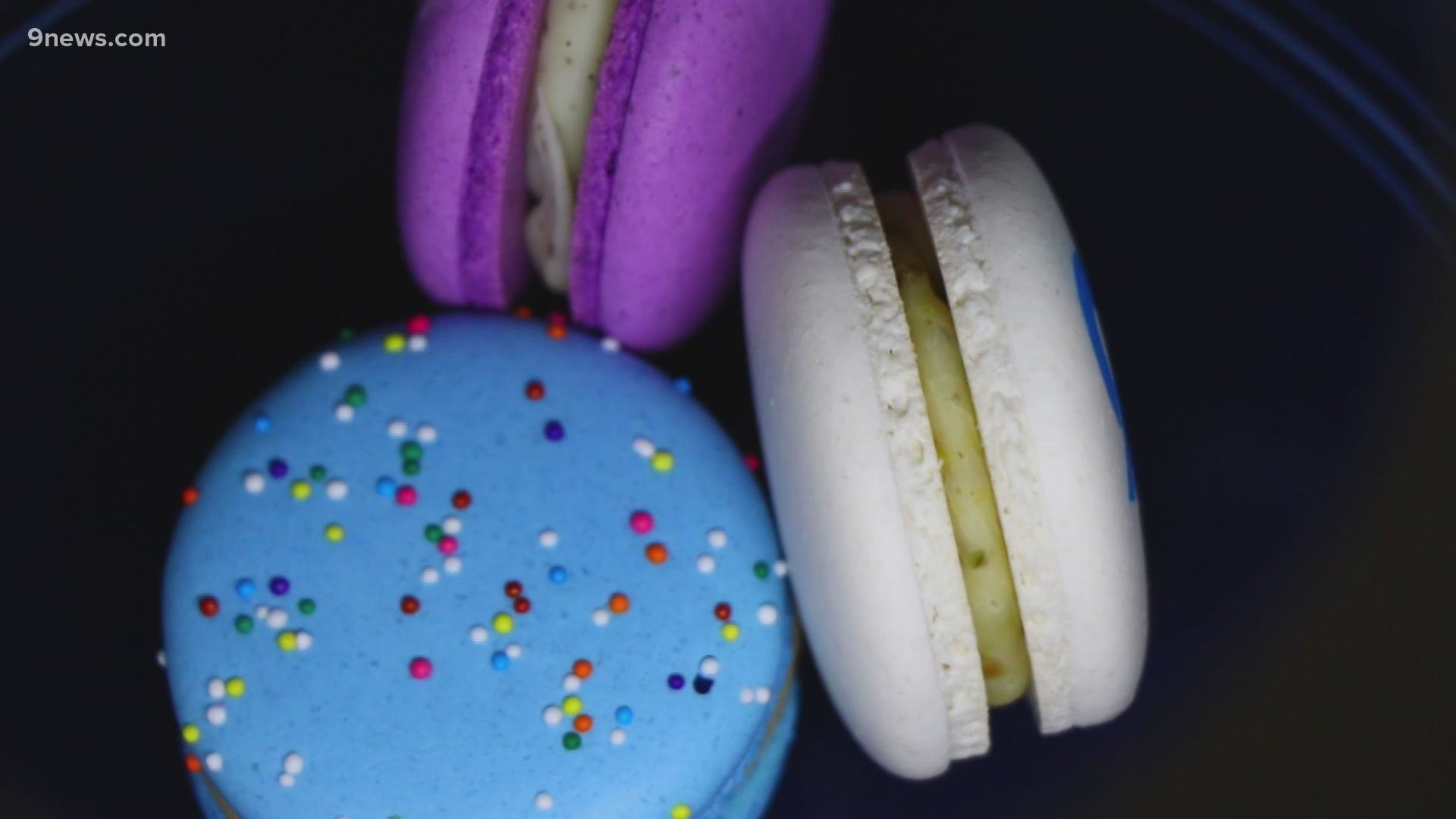 DENVER — Starting your own business is always a risk, but sometimes it pays off in a big way.

Black Knife Bakery owner Deviny Hererra never expected to bake macarons for a living but three years ago while working as a Phlebotomist, she was forced into trying something new.

“The lab I was working for was going out of business,” said Hererra. “So I needed a job.”

Inspired by the macarons she’d tried on a trip to Las Vegas, Hererra spent three months perfecting the recipe.

“I baked like 15 to 16 hours a day,” said Hererra. “I started mixing recipes together, then I started changing 5 grams at a time, one ounce at a time.”

And with that, Black Knife Bakery was born.

“Mine are chewy,” said Hererra. “You know those Little Debbie oatmeal cookies, when you stick them in the fridge? They’re like those.”

Like so many small businesses, the first two years were about survival.

“It was not that great,” Hererra said. “The first two years I didn’t have a ton of clientele.”

Then came COVID-19, which at first cut 90% of her business, but within a couple of months, it picked up in a big way.

“Now my business from last year has like quadrupled,” said Hererra.

There are the traditional flavors, then there are the ones Hererra finds while exploring Asian markets. She's hoping to bring others out of their comfort zone by having them try something new.

“I love pandan butter, a lot of people don’t order that but it’s a coconut leaf that tastes like vanilla.”

Hererra realized early on it’s about more than just flavor, make your macarons into a work of art and the customers will do the advertising for you on social media.

“I need everything to be beautiful so people will advertise it," said Hererra. “I’m not going to pay for advertising.”

“I’m only one person and I don’t think people realize that,” said Hererra. “They see how much I bake and think I have staff, it’s just me. I’m the one answering your emails at 2 in the morning then delivering at 7 a.m.”