This summer, Black-owned businesses saw a rush of new support as the country’s focus turned to racial justice. They hope that continues into the holiday season. 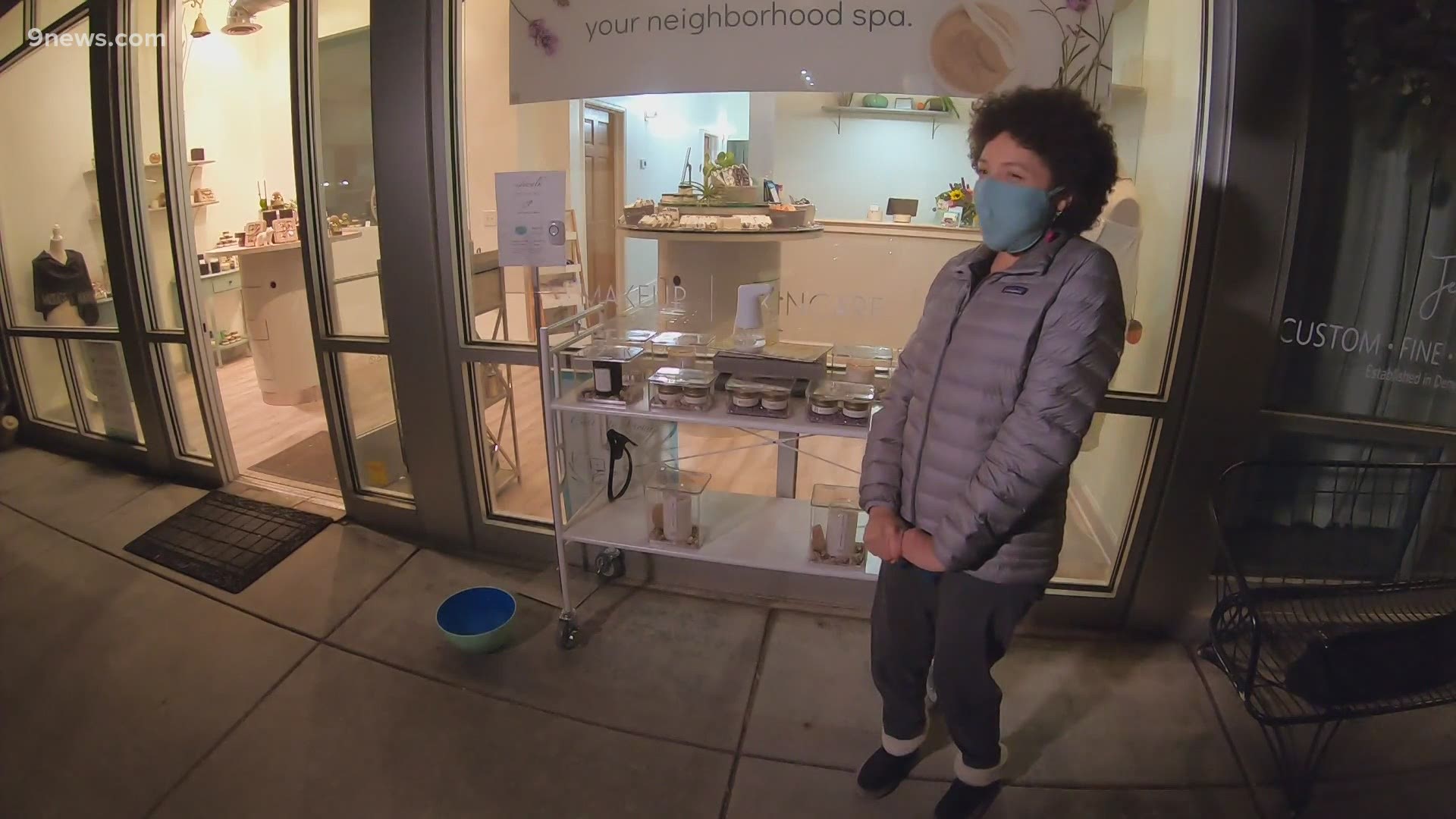 DENVER — Its hard to sniff a candle while wearing a mask.

“This is our outdoor sidewalk candle bar, kind of our social distancing candle bar,” she displayed Friday night, outside her Denver business -- LIMN Skincare.

Each holiday season, Guzman Taylor and her small business neighbors host an annual candle party. This year, they moved it outside so customers could have more space and, if they wish, a chance to sniff the candles.

Every year, Small Business Saturday is a crucial sales weekend.

“It’s huge, and this year I think it’s kind of make or break,” she said.” We are dependent on our retail sales more this year than ever before.”

Like other small businesses, Guzman Taylor spent the year adjusting.

First the pandemic shut business down. Then she moved to a new location in the same building. Now reopened, her team now operates under the ever-changing public health guidelines.

“It is a lot, but it's what’s keeping everybody safe,” she said.

Guzman Taylor is also a minority business owner, and works with a diverse team.

“I am a double-whammy minority business owner,” she joked. “I am a Black woman and Hispanic woman.”

There has been a new focus, this year, on supporting Black-owned businesses.

Following 2020 social justice protests and with ongoing conversations about race in America, many people are looking for ways to go beyond social media support and put their support into action.

“Last time we talked there was a huge rush. Tons of calls,” said Danielle Smith, Director of Communications for the Colorado Black Chamber of Commerce.

In June, she told 9NEWS people flooded the Chamber’s phone lines, looking to identify and support Black business owners they hadn’t supported before.

Smith says in the months since, many new members have joined the Chamber. New apps and directories have been created to help organize lists of Black-owned businesses. And while the calls have slowed, she said the support continues.

“I think it’s important for all allies to realize that small businesses are really a huge part of our economy, and just supporting us – even past the pandemic, past this crazy hear we’ve had, would be really great to get everyone on an even playing field,” she said.

“Generally speaking, minority businesses are some of the smallest owned businesses, and we do not get access to the funding that a lot of other business owners get,” Guzman Taylor said. “Ours, in particular, did not get access to funding available at the beginning of this pandemic.”

But Guzman Taylor says her customers stuck with her this year.

Retail is a huge part of her business right now. She’s counting on holiday sales this year.

And this month, LIMN Skincare celebrated its fourth anniversary.

Guzman Taylor said election years have marked important moments for her business. They opened right after the 2016 election, during a time she described as “intense” as a new business owner and Black business owner. This year’s anniversary coincided with another election, and a new administration making history with Vice President-elect Kamala Harris, an African-American and Indian-American.

“I thought, how amazing is it, that a woman of color became vice president-elect on our anniversary of four years being open,” she said. “It seemed to come very full circle to see that, yes, women of color are seen and are valued by so many people in our neighborhood and in our community at large.”

It's that neighborhood and that community she hopes to see this weekend, and throughout the month of December.

“We are ready for a long weekend,” she said. “Shop small, shop local!”