Groups from several sites of the political spectrum are present, chanting their beliefs. Police are present at the rally to monitor the situation. 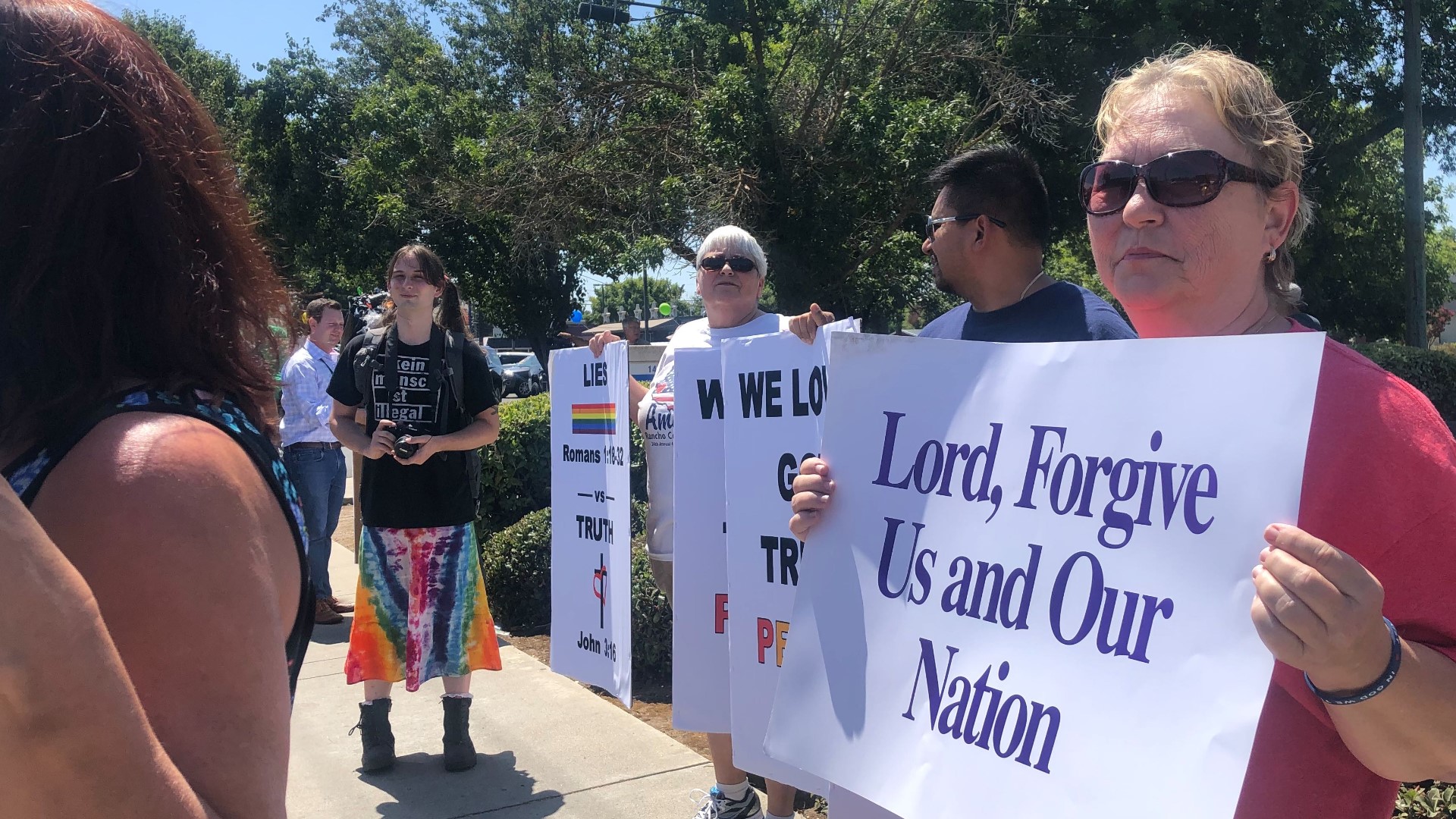 MODESTO, Calif. — Protestors on different sides of several arguments are clashing in Modesto, at the side of the "straight pride" event that has stirred up controversy in recent weeks.

Early Saturday morning an event at Enslen Park reflected the beliefs of LGBTQ+ supporters. Those at the park held signs like the ones below, with phrases like "If being gay was a choice I'd be gayer" and "This was not on my gay agenda."

Around 12:30 p.m. Saturday organizers of the hot button straight pride event announced that the location of the event would be at the Planned Parenthood on McHenry Avenue in Modesto.

The information was previously kept secret because of alleged threats of violence.

"We apologize to our many supporters for this inconvenience but ask for your understanding that our opponents wish to both deny our 1st Amendment free speech rights and to physically hurt us for having the audacity to challenge their tyranny and their control of the public discourse," organizers with the National Straight Pride Coalition wrote on the website.

Around 3.16 p.m., Modesto police said the protest had dissipated and traffic in the area was back to normal. Police recognized the event as being peaceful even with many people being passionate about their respective causes.

*This article has been updated to reflect that organizers announced the location around 12:30 p.m. An earlier version said the update came at 11:30 a.m.