For the people forced to look for a new home, their options are limited. 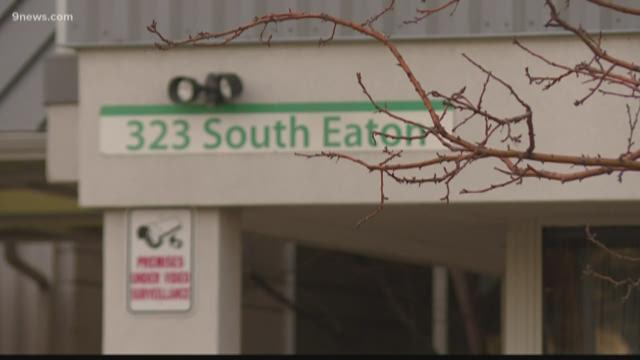 The Denver Area Agency on Aging says more than 100 older Coloradans are looking for a new place to live because of a series of closures.

In the last two months, six assisted-living facilities have closed in the Denver Metro area. For the people forced to look for a new home, their options are limited.

This week residents of the assisted living wing at Eaton Senior Communities got some unexpected news.

“I have no idea where I’m gonna live," said Rita DeRuntz. She's one of 57 people who now have to move.

“I’m out of luck because I’ve already spent my entire life savings to live here for a year," she said.

She had to pay out of pocket for the first year and was planning to go on Medicaid after that. Something that was supposed to happen this July.

"Well that's right around the time they’re closing the facility,” says Rita. "I’m very concerned about all of us that are on Medicaid whether we’ll be able to get into another facility or not."

Even the people looking out for residents like Rita are worried about her options.

Jayla Sanchez-Warren is with the Denver Area Agency on Aging and oversees the group helping them find another place.

“I feel bad for those folks because we don't have all those systems in place for them," Jayla says.

The Colorado Health Care Policy and Financing says there are about 180 alternative care facilities in the Denver Metro area. Jayla says that's still not enough.

“So many of these folks will by default go to a nursing home because there are no other options," she says.

The Area Agency on Aging says Eaton is one of six Denver Metro assisted living facilities closing its doors.

In January, Golden Manor Assisted Living announced they were closing. That means by April, 68 people have to move. So far less than half have done that. Last month, four Nurturing Care Homes were closed. Jayla says 40 people were displaced.

"It’s just so sad and now another loss," she says.

Of the 165 people displaced, Jayla says about 65 have found places to stay.