Brian Joseph Perri's last known day of hiking was Saturday, June 30 on Mount Meeker. A group of more than 60 people gathered to search for him on Saturday, June, 7. 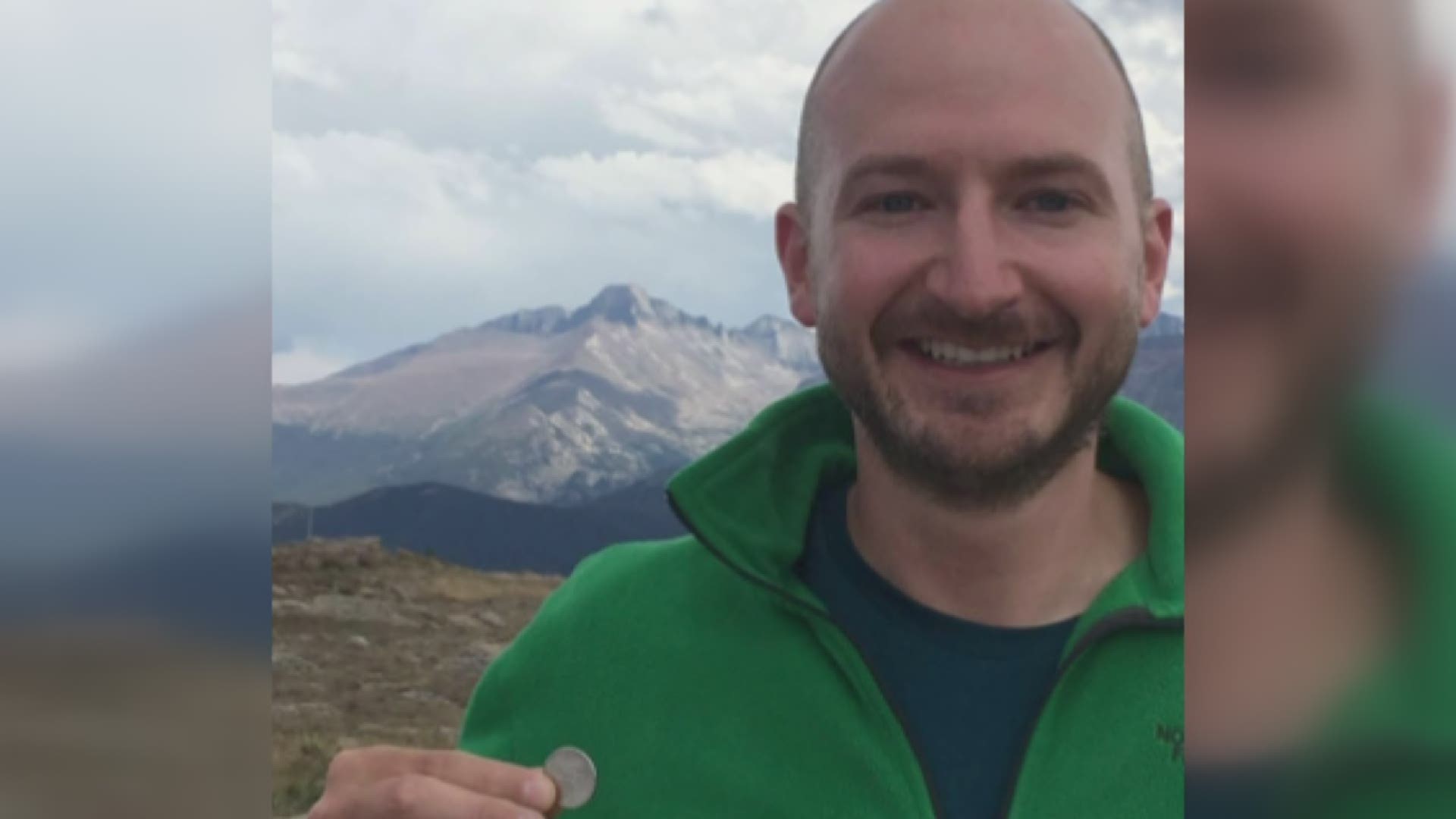 MOUNT MEEKER - A search is underway for a Fort Collins man who was reported missing after he failed to return from a hike in the Mount Meeker area of Rocky Mountain National Park.

Late Thursday, park rangers were notified by Fort Collins Police that Brian Joseph Perri, 38, had been reported as missing, according to a release from the park.

His last known day hiking was Saturday, June 30. On that day, he texted a friend a photograph of himself from the summit of Mount Meeker. He was expected to return home after the hike, the release from RMNP said.

Brian Perri during a prior visit to Rocky Mountain National Park

After rangers were notified that Perri was missing, they located his car in the parking lot at the Sandbeach Lake Trailhead.

In the photograph, Perri texted to his friend he was wearing a tan full brim hat, sunglasses, and a red backpack. He had minimal equipment with him but may have a yellow rain jacket and yellow-orange puffy jacket. Rangers do not believe he had a tent or camping equipment. Perri is 5’9” and weighs 160 pounds.

Sunday, a dog team from Larimer County Search and Rescue is also working on today’s efforts. There are 54 people involved, including 47 searchers in the field.

The efforts will focus on the Loft Route via Keplinger’s Couloir, the Dragon’s Egg Couloir and Meeker Ridge, as well as lower sections of Mount Meeker.

Park rangers would like to hear from anyone who has been in the Mount Meeker area since Saturday, June 30, especially those who might have noticed abandoned gear or other clues.