'More than ever, we should speak up now' | Communities come together to denounce anti-Asian hate

Hundreds of people gathered online and in-person Thursday to speak out against hate. 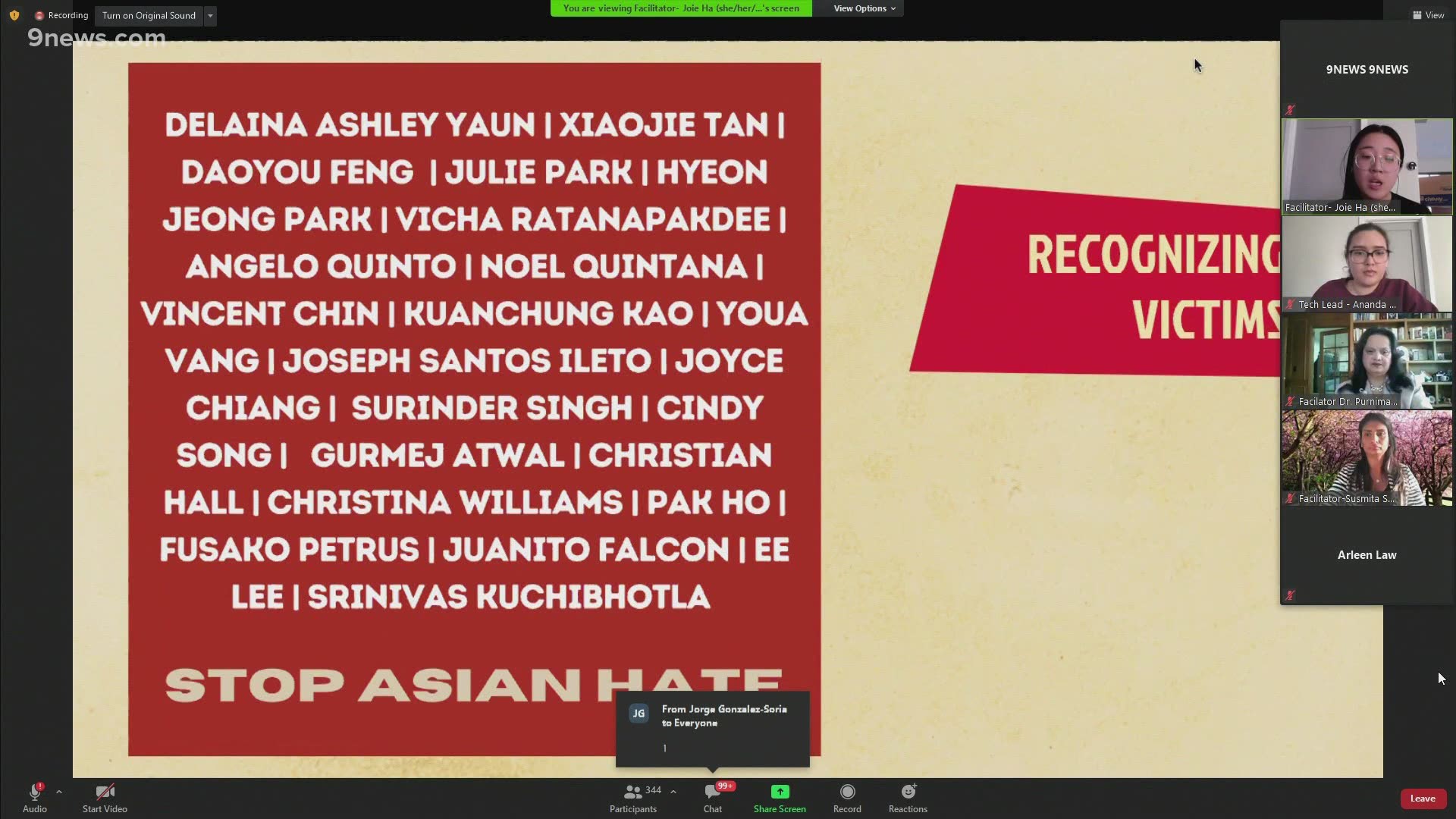 COLORADO, USA — Asian Americans in Colorado say the shootings at Atlanta spas have added to the fear they continue to feel this year. Reports of anti-Asian hate have increased during the pandemic, leading communities to come together Thursday afternoon to stand in solidarity.

Both in person and virtually, hundreds of people gathered to discuss solutions to end the hate.

"This is not a world that I want my kids growing up in," said Howard Chou, who is the first vice chair of the Colorado Democratic Party. "The fear of just conducting normal, everyday activities is real on the minds of many Asian Americans across this country."

Thursday, Chou stood at a press conference as a father and a Coloradan demanding change.

Westminster Police and the mayor of Westminster spoke not to announce a new investigation or an update to a crime, but simply to show support for the Asian community.

"We want to send a message to our community, all our community, that you’re important," said Westminster Police Chief Tim Carlson. "As a police department, I can promise our community, particularly our Asian community, we will diligently investigate all crimes perpetuated because of any race, ethnicity, gender, belief, religion, skin color, or language."

Westminster Police say they have not seen an uptick in reported crimes against Asians, but say one is one too many. They do say that often crimes against members of the Asian community are underreported.

Chou wanted to be there to fight for change.

"For them to come out and say we’re on your side, come to us, we will help you, that’s important," said Chou. "It’s incumbent on all of us to lift each other up and to help create a path so that someone else just like yourself has the opportunity to succeed."

Business and community leaders were also present at the event. They say they are grateful to be able to stand with city leaders to denounce hate.

"We feel so sad. We want to come together to share our message, share our pain. That’s why we gathered today," said Padam Bishwokarma, president of the International Nepali Literary Society in Denver. "We feel the discrimination. We need to talk about our feelings and share our feelings."

Days after eight people were killed in the Atlanta area, communities are still in mourning. Online, more than 300 people attended a town hall organized by the Denver Asian American Pacific Islander Commission.

"We want to have a moment of silence for those who have lost their lives to anti-Asian hate," said Joie Ha, one of the organizers. "We all know that these crimes have been happening. So what is the next step? What are some solutions that as a community we can come up with?"

Both online and in-person, the calls to end hate against Asians must be heard.

"More than ever, we should speak up now, speak loud, and speak proud," said Chou. "We have to be visible."