Morrison is experiencing staffing shortages in its police department. The town is requesting help from the Jefferson County Sheriff's Office 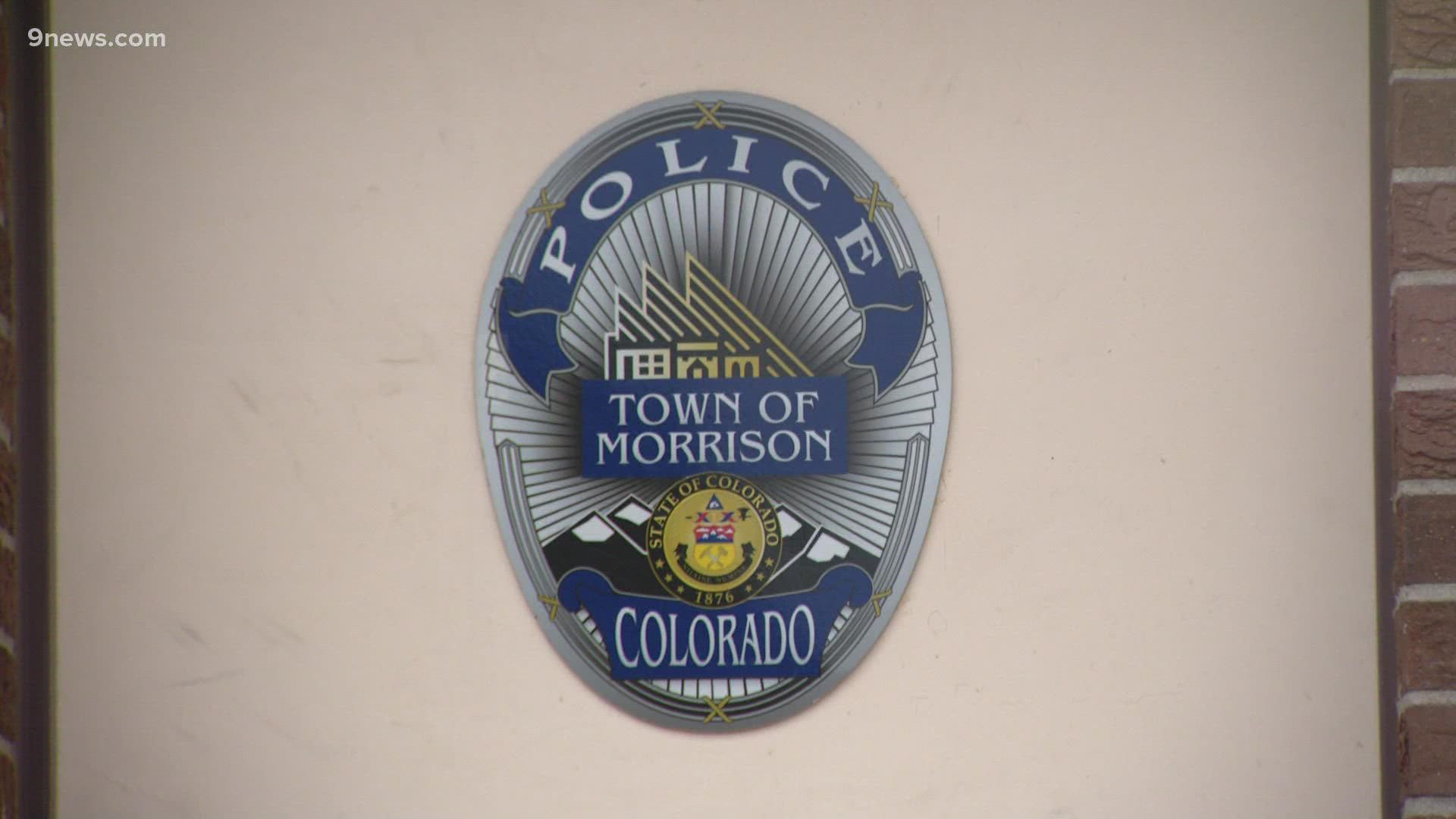 JEFFERSON COUNTY, Colorado — The Town of Morrison is expected to approve an agreement with the Jefferson County Sheriff's Office (JCSO) to allow for deputies to assume certain law enforcement duties within town limits, during their Aug. 3 meeting.

A letter of agreement has been submitted into the agenda of Tuesday's board meeting. The letter cites "significant staffing shortages" in the town's police department as the reason for the request.

The agreement would allow for JCSO deputies to assume certain law enforcement duties within Morrison's jurisdiction as of August 1, 2021.

"There has been a lot of departure, and now it falls upon me to figure out why and how to fix it," said Morrison Police Chief Misty Siderfin.

“It’s challenging," Siderfin said. "A lot of officers right now kind of steer away from law enforcement for various reasons, but I think it’s important to let them know that what type of police department we are going to be.

The agreement states that deputies would be permitted to conduct routine patrols, traffic enforcement and respond to and investigate criminal incidents in Morrison.

JCSO will have discretion over the manner in which the sheriff's office provides and prioritizes services to Morrison in relation to JCSO's other law enforcement duties throughout the county.

Morrison will retain responsibility for traffic control related to special events, such as those at Red Rocks Amphitheater and Bandimere Speedway.

In the letter, Morrison agrees to pay $24,000 a month to JCSO as compensation.

Chief Siderfin said the agreement would be temporary, and she hopes to hire at least four more officers.

[JCSO is] willing to work with us to train as well so that we can get everyone to the same standard of training that needs to happen these days," Siderfin said.