Lilian Esperanza Castro threw her children out the window to escape the flames. She didn't make it out herself. 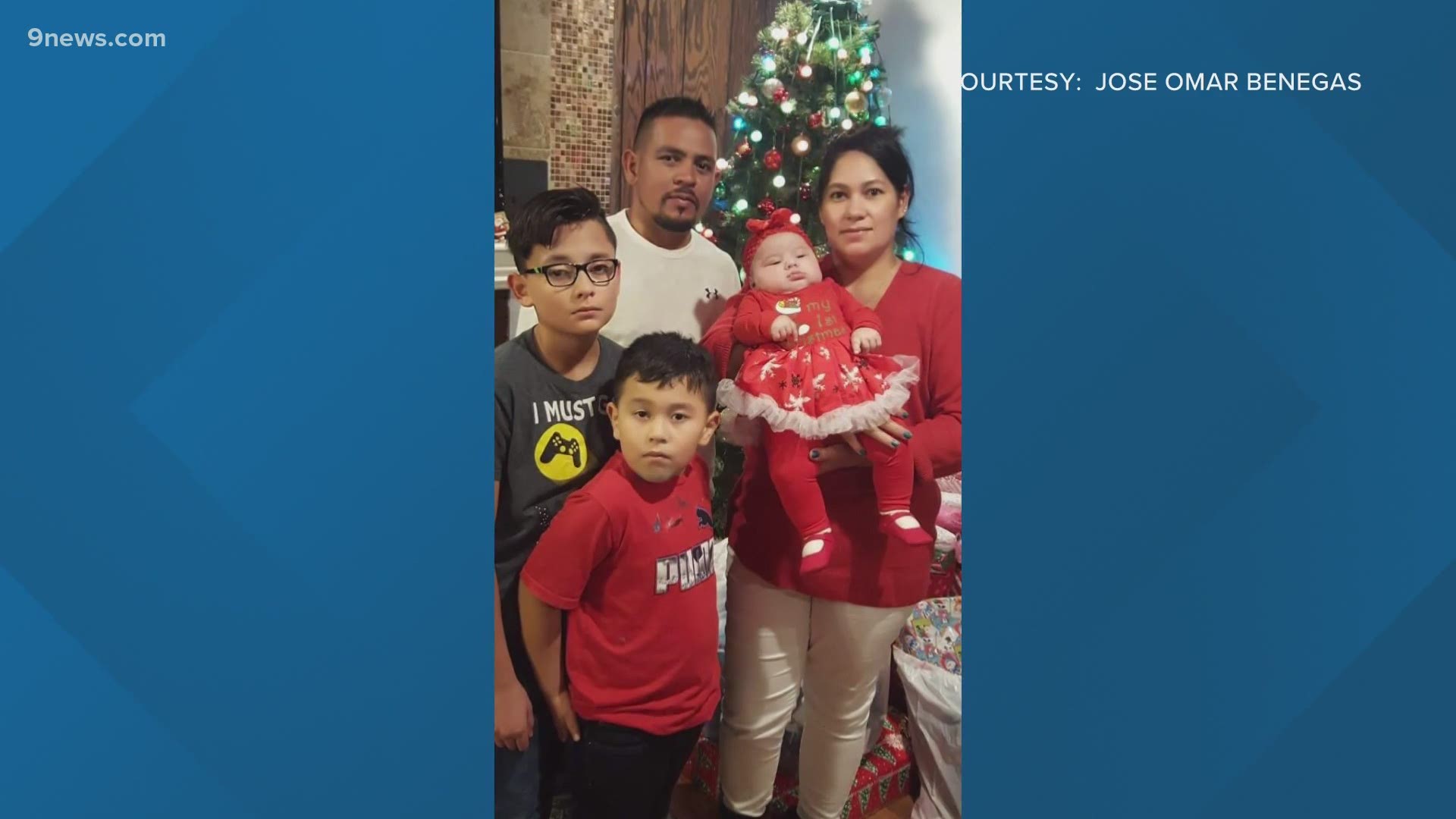 AURORA, Colo. — A family in Aurora is calling for justice for a wife and mother of three who gave her life to save her children.

Lilian Esperanza Castro was killed when her apartment complex at 1600 Galena St. in northwest Aurora caught fire in October. The fire was deemed to be arson and Aurora Police are looking for a suspect seen leaving the building that day.

Castro's widower, Jose Omar Benegas, said she was a stay at home mom who gave everything for her family.

In Spanish, he told 9NEWS his family was asleep when his nephew, who was coming home from work, called and said the apartment complex they all lived in was on fire.

Benegas said he grabbed his 2-year-old daughter and tried to run down the hall, but it was already engulfed in flames. So, he said he ran toward the window and threw his baby girl from the third floor.

He said he jumped down next and his wife stayed behind to throw their 14-year-old and 8-year-old sons down to him.

Castro wasn't able to escape herself.

Aurora Fire said 13 people overall were injured in the fire. Of those injured, five were taken to the hospital that morning.

Fire officials said Castro's death has been ruled a homicide.

Around 60 people were displaced by the fire, according to fire officials.

Investigators shared a video with 9NEWS of a person they'd like to talk to in connection to the fire. There is a $5,000 reward for any information that leads to a suspect.

Benegas said he and his children are all okay, they're now just asking for justice for their beloved mother and wife who gave her life for her children.

The widowed father of three said he had to stop working to figure out his kids' school schedule and be with them through these tough times.

A GoFundMe has been set up to help the family.