Dozens of drivers found themselves stranded on the highway Saturday in the middle of high winds and snow. 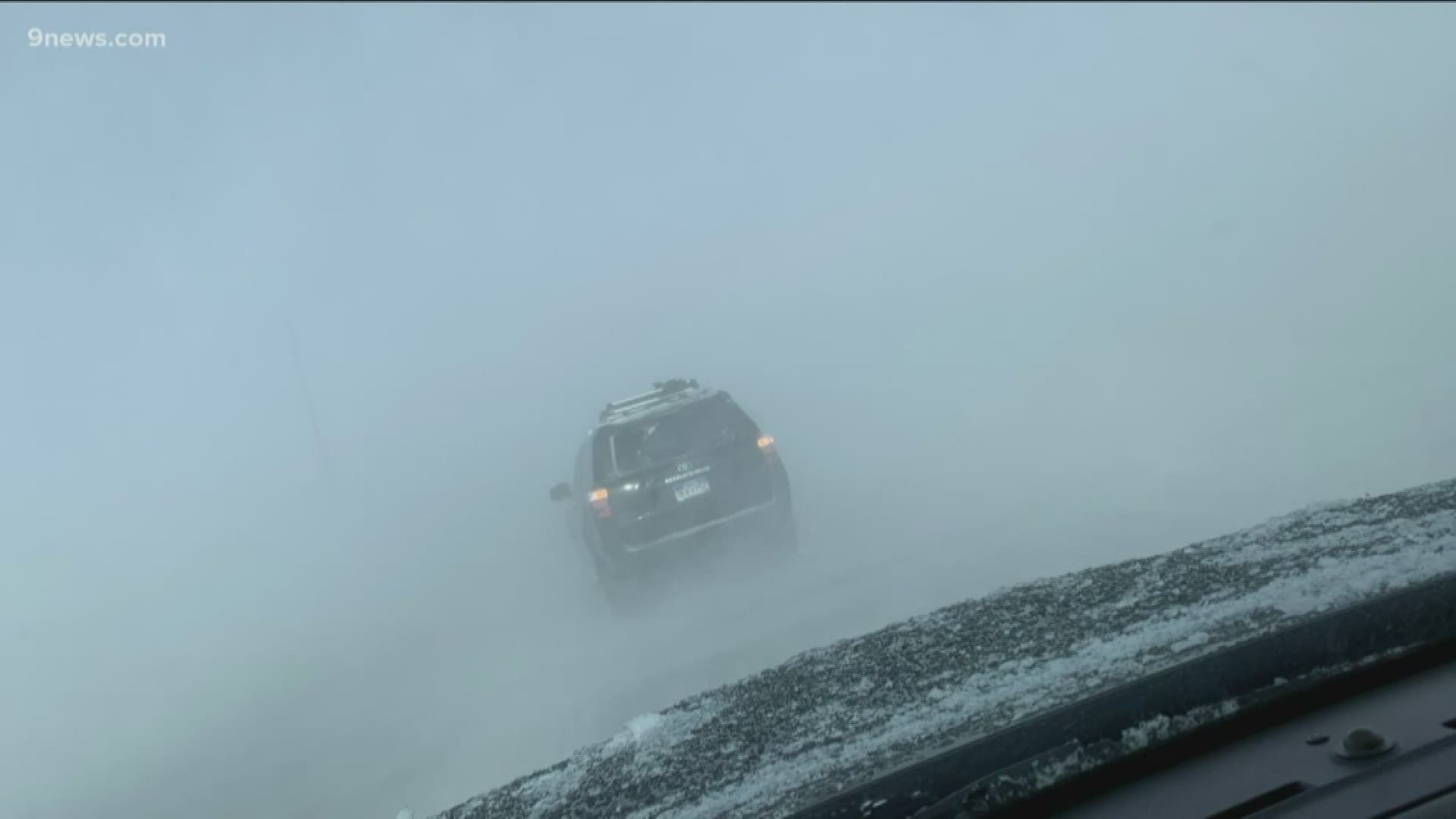 PARK COUNTY, Colo. — On Highway 285, travelers like Hannah Koschnitzke said it was like trying to drive through a hurricane on Saturday.

"From Fairplay, we started up toward Kenosha Pass and just had a harrowing experience," Koschnitzke said. "Blowing snow, could not see anything in front of us, super icy roads and lots of people just sliding all over the place."

Dominick Fuchs was driving with his dad, Rob Fuchs, in the same area around the same time. They said they were stranded for about six hours before being rescued by firefighters near Jefferson.

"I've never seen it like that before," Dominick Fuchs said. "The winds were so strong that I thought like the telephone poles were going to blow over onto the road and there was cars that were trying to move and they were getting blown off the road."

But, both Koschnitzke and Dominick Fuchs said they are not as upset about the weather as much as the decision by the Colorado Department of Transportation (CDOT) to reopen the road, causing them to get stuck in harsh conditions.

"You know, I thought that re-opening the road meant that it would be passable," Koschnitzke said. "I'm very surprised they re-opened the road. It didn't seem to me that anyone should be up there."

Dominick Fuchs said CDOT's decision made him and his father re-route their trip back to the front range down Highway 285.

"We thought it was going to be good, 'cause when they have that open, it's usually like good to go," he said. "It was just like a sheet of ice, like nonstop winds, and we were just confused."

"It's certainly an understandable frustration and we empathize with that," Inzeo said. "The other thing that we were trying to balance here that this was a period of holiday travel and to the extent that we can keep the roads open, we want to."

RELATED: How to Colorado: Learning to drive in the snow

RELATED: Should you purchase all-season or winter tires?

Inzeo said the reality is that in the Highway 285 corridor, conditions change faster than CDOT can make decisions about closures.

"Drifts can pile up in a matter of feet in a matter of minutes," Inzeo said. "That is just too fast for us to be able to make a consistent long-term message."

Both Dominick Fuchs and Koschnitzke said their unplanned stays in the mountains were as good as they could have be.

Koschnitzke stayed in a shelter in Fairplay.

"The volunteers made a big spaghetti dinner for everyone," Koschnitzke said. "They had movies playing for the kids. They were finding blankets."

Dominick Fuchs and his father spent the night in the Jefferson-Como fire station.

"It was good because they gave us a place to sleep instead of just sleeping in our cars on that road 'cause it was really scary," he said.