All three suffered smoke or fire-related injuries during lifesaving efforts related to the fire on Mount Vernon Road. 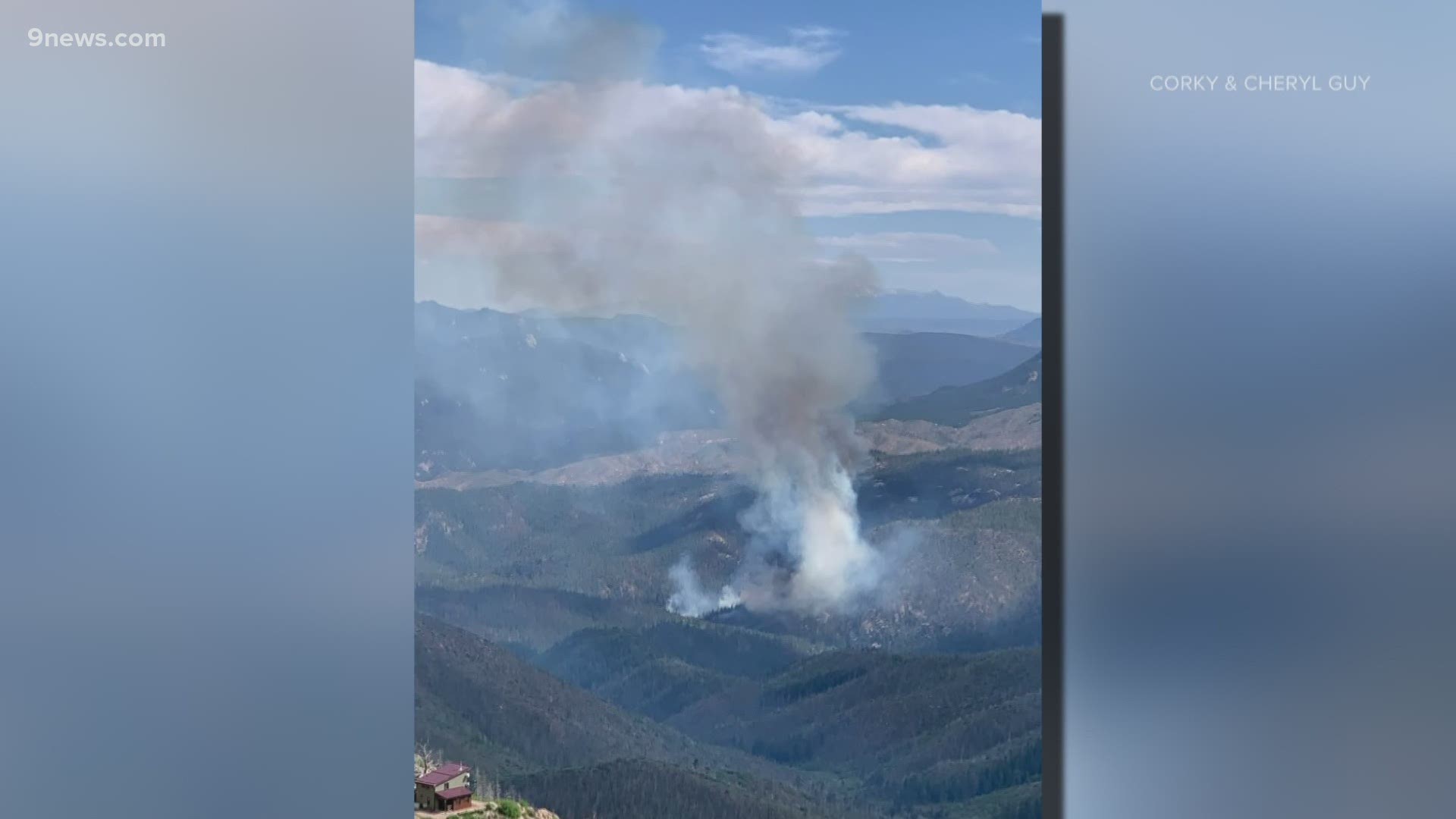 GOLDEN, Colo. — A deputy and two fire personnel were taken to the hospital Friday morning and a death investigation is underway after responding to a house fire, a tweet from the Jefferson County Sheriff's Office (JCSO) says.

All three were taken to the hospital to get treatment for possible smoke or fire-related injuries suffered during lifesaving efforts.

Fire crews also confirmed one death at the scene, and an investigation is underway by Fairmont Fire Rescue.

The scene in the 17100 block of Mount Vernon Road "active scene," according to the tweet.

One home was damaged, but the cause of the fire remains under investigation.

> Video above: The fire is burning in the Ramona Gulch area about five driving miles east-southeast from Foxton.

The fire investigation on Mount Vernon Rd is now an active death investigation. Fire crews confirmed 1 fatality. Deputy and fire personnel were transported for possible injuries obtained during life saving efforts. @Fairmount_FR is conducting the investigation into the cause of pic.twitter.com/4jpHr6fxCG

Subscribe to our daily 9NEWSLETTER for top stories from 9NEWS curated daily just for you. Get content and information right now for can’t-miss stories, Next and Broncos content, weather and more delivered right to your email inbox.