Mountain Mamas Music is a music organization created by women, for women. 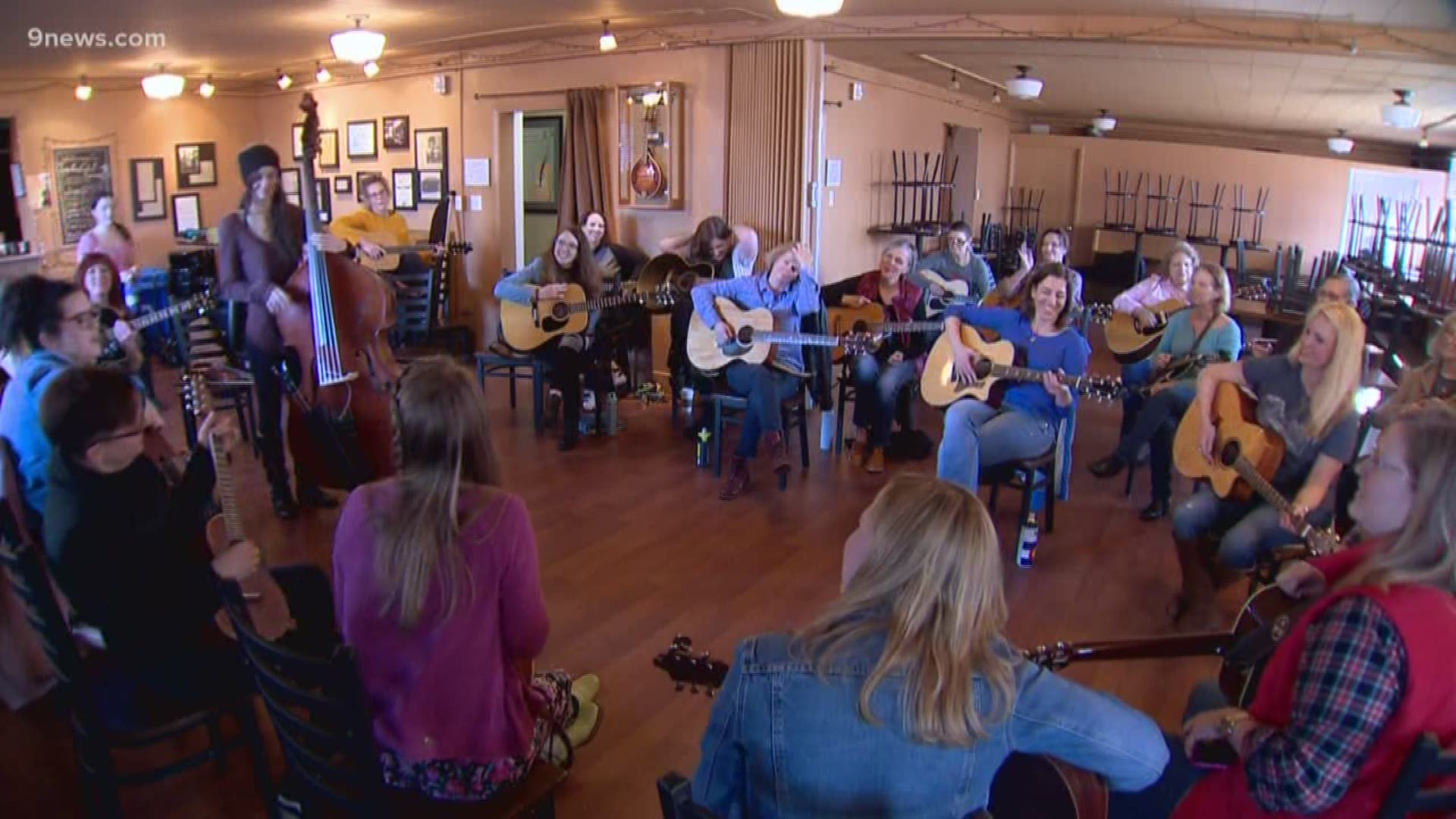 DENVER — There’s always music pouring out of Swallow Hill Music – from sold-out concerts to the first notes of a music lesson, or jam sessions.

But one Sunday each month, that music is coming from Mountain Mamams Music.

It's a group of women who get together to learn, play, listen, teach and do all things musical together. It was formed in 2019 by J.J. Breazeale and Kim Burke.

“I think it can sometimes be intimidating to show up to a jam, and you’re the only woman there. That happens quite frequently,” Burke said.

Burke and Breazeale are hoping to create a safe environment for women to play in.

“You can practice here and take what you’ve learned here and go to other jams,” Breazeale said.

The women played together in class at Swallow hill. It was then they where they noticed a lack of women musicians.

“We love playing with the guys. It’s not about that,” Burke said. “The hope is that you come and you get more comfortable and more confident.”

Last year they started Mountain Mamas to organize camps and workshops to bring women musicians together. They hired women instructors to teach eager female students. Now they’re adding this jam session to the collective’s services – an open session where players perform together.

“I don’t get that opportunity all the time to be in the room with just women guitar players,” Bonnie Sims said.

Sims has been a musician all her life. She teaches music and currently performs with Bonnie and the Clydes. Breazeale and Burke recruited her as a Mountain Mamas instructor.

Sims has hosted a bluegrass jam for over a decade and said it’s a rarity to see women players outnumber men.

“I get excited I count the females that are there. At my bluegrass jam one time, there was more women than men and I get excited. I announce it to the group,” she said. “Having an all-women one is just like a big ole’ party.”