Chris Layne wants to advocate and bring awareness to people living with disabilities. 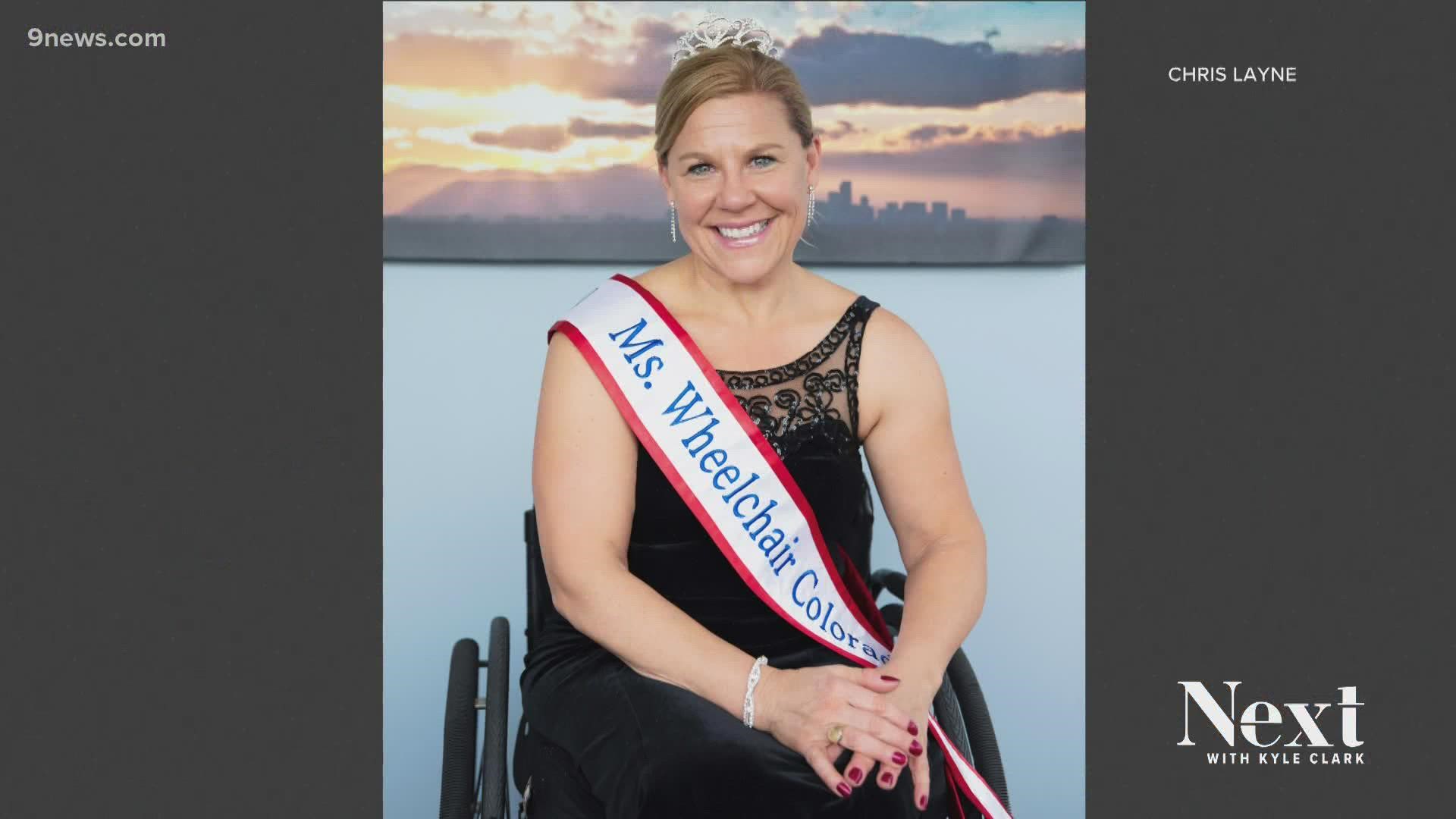 AURORA, Colo. — Ms. Wheelchair Colorado, Chris Layne, competed on the national stage for the title of Ms. Wheelchair America. The mission of the competition is to bring awareness is to educate and advocate for the more than 64 million Americans living with disabilities.

After being canceled last year due to COVID, Ms. Wheelchair America was back for a virtual competition over the weekend thanks to a partnership with Mary Free Bed Rehabilitation Hospital.

“I’ve never done this in my life, so this is all new,” Layne said. “There were 30 wonderful, empowering, amazing women that all came together to compete for one title of Ms. Wheelchair America.”

Five years ago, Layne became paralyzed from the waist down, after going to watch her son rock climb and falling in Clear Creek Canyon.

“It was October 28th of 2016. It was my son’s 17th birthday, and my son wanted to go rock-climbing," she said. “And seven steps into the hike, getting up to the trailhead, I slipped on the loose gravel at Tunnel 2 and fell 80 feet and broke my back.”

It was an accident that left her a paraplegic due to a spinal cord injury. She has used a wheelchair to get around ever since.

“Anytime you’re broken and bruised and paralyzed, you don’t know what the future holds for the way of life you’re going to have,” she said.

But her future was something she never would have thought of in her wildest dreams when she was in rehabilitation at Craig Hospital and asked to apply for Ms. Wheelchair Colorado.

“People kept saying ‘why don’t you try it?’” Layne said. “That’s not for me, I lived in scrubs my whole career nursing."

“Everybody’s always a little nervous, even virtually you still get those butterflies,” Layne said. “It’s not about looks, it’s the leadership role to advocate, educate and bring awareness to people in my community.”

Layne made it into the top five finalists and then down to the final two.

“It was between Colorado and California and they both started with a 'C,' and as soon as they were saying, 'Ms. Wheelchair C… Colorado is the first runner-up.'”

As the first runner-up, Layne takes over as Ms. Wheelchair America if the winner can't fulfill her duties. She said even though she didn’t win, she was excited to make it that far and bring attention to women living with disabilities.

“Our voices need to be heard about accessibility out in the community or lack of,” she said. “It’s really just to get out there and advocate, educate and bring awareness to anywhere you go about people living with a disability.”

“It’s about bringing awareness and it’s to empower women in wheelchairs to also live the best version of their life in a wheelchair.”

RELATED: This awesome track chair is making a state park on the plains more inclusive