A house flipper bought the Lawrenceville home and found the gruesome scene. 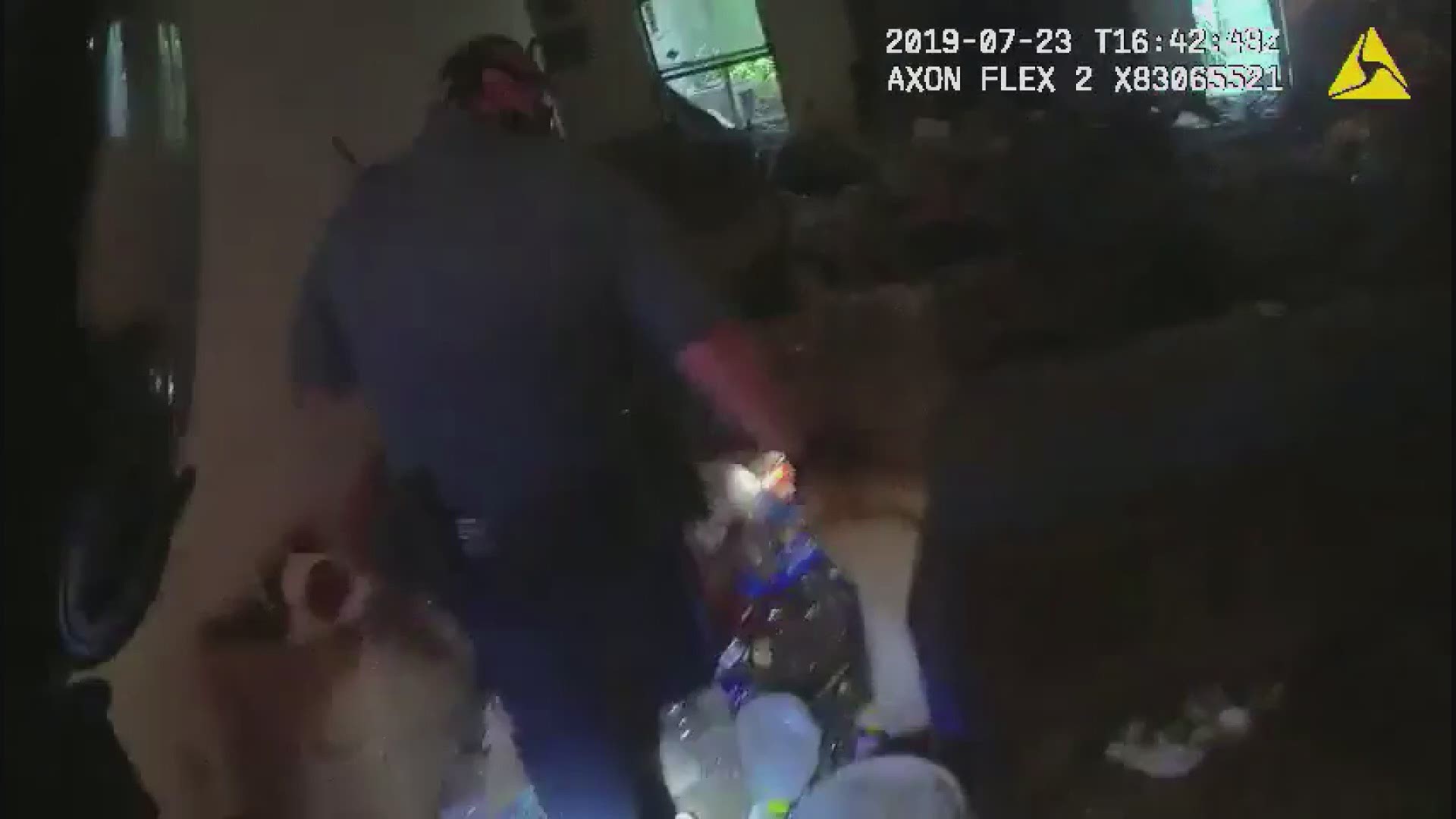 The Gwinnett County Police Department provided 11Alive with bodycam footage that shows the inside of the foreclosed home in deplorable conditions.

The footage shows rooms filled with what appears to be trash and other items strewn about the floor. Among this trash are 11 dead cats and dogs.

"We noticed the smell and the [animal] bodies," the new owner told 11Alive.

The previous owner, Valarie Kahn, who is facing animal cruelty charges, went into foreclosure on the home and the new owner bought the home at auction.

When he and his clean up crew entered the home Tuesday, they saw the dead cats and dogs in the home, according to Gwinnett Police.

"Because the smell of the fumes were so overwhelming, our officers along with animal control donned face masks in order to go inside and to be there safely," Corporal Michele Pihera, spokesperson for the Gwinnett County Police Department said.

When 11Alive arrived at the home on Wildflower Lane in Lawrenceville this afternoon, the new owner and his team were cleaning the home.

The new owner did not want to reveal his identity in order to protect his house flipping business. He did mention that he is taking on high costs for Kahn's actions.

"We are paying for the reckless actions of that lady," he said.

Kahn's most recent residence was Toccoa, Georgia, according to police. he was booked into the Gwinnett County Jail Wednesday on a $29,700 bond and is facing 11 counts of aggravated cruelty to animals.

In Georgia, aggravated cruelty to animals is considered a felony and the maximum sentence is five years, according to the Humane Society.