Captain Tawnya Gilovanni is the first woman to hold a supervisory position in the 100-year history of the police department. 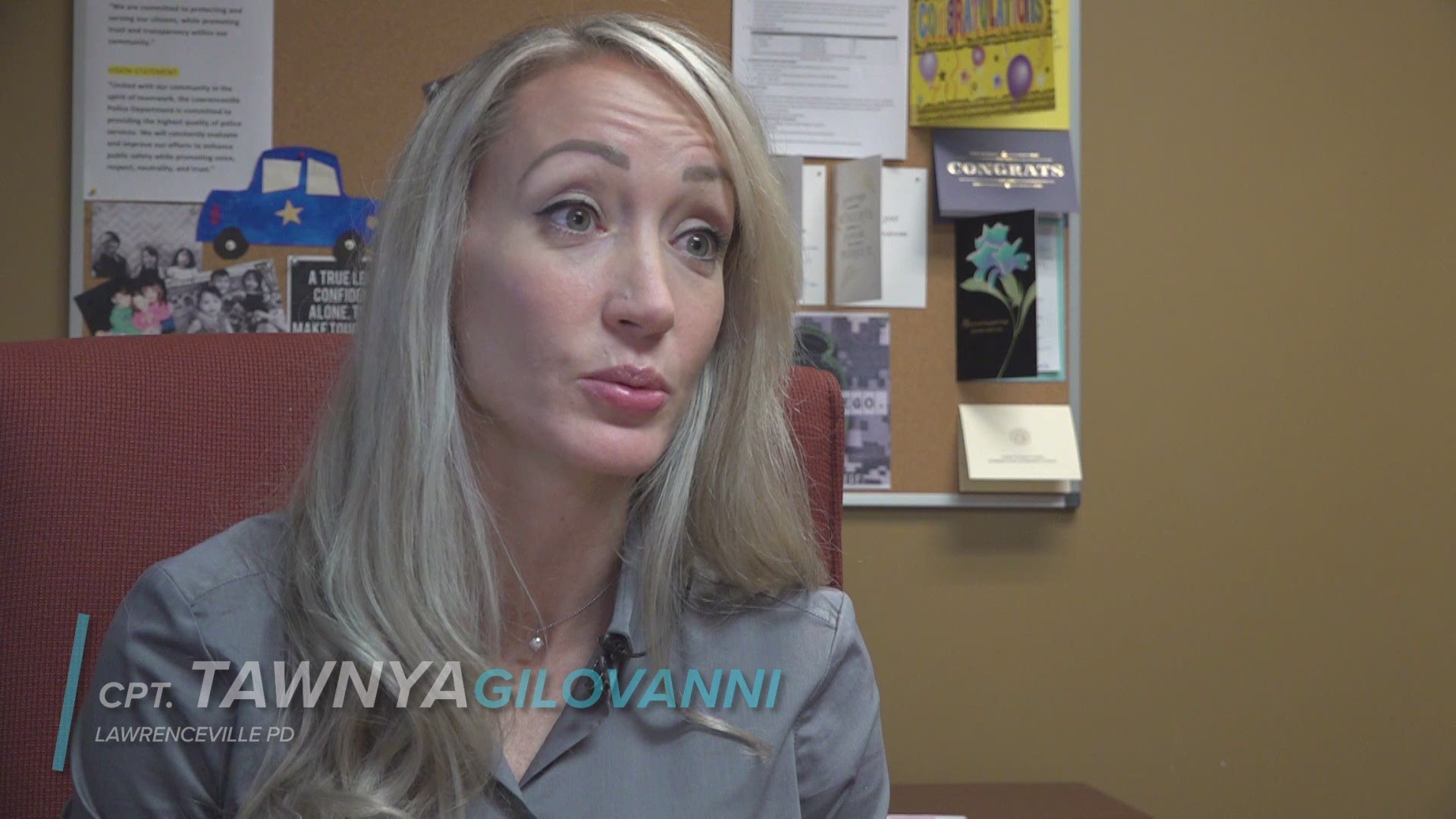 LAWRENCEVILLE, Ga. — The first woman to hold a supervisory position in the Lawrenceville Police Department has been nominated for the Gwinnett Chamber's Moxie Award. The Moxie Awards recognizes women who "are making it happen," according to their website.

Captain Tawnya Gilovanni is nominated for the Influence Award which recognizes a woman who is "making a mark in a field that is traditionally male-dominated."

"I'm a little taken aback. I've never had this kind of attention. I've only done things because they were right or fought for things because I believe in them," Gilovanni said.

She views this award nomination as a win for the entire police department.

"At the end of the day, the Moxie Awards is about the guys that I work for," she said.

"I've been doing this for 16 years and I have a lot of love for these guys and this community. If anything, I see it [The Moxie Awards]  as a tribute to them and a tribute to the things that we're trying to move forward."

The Moxie Awards will be held in August.

The Gwinnett Leadership Organization for Women, an initiative of the Gwinnett Chamber, hosts the Moxie Awards.