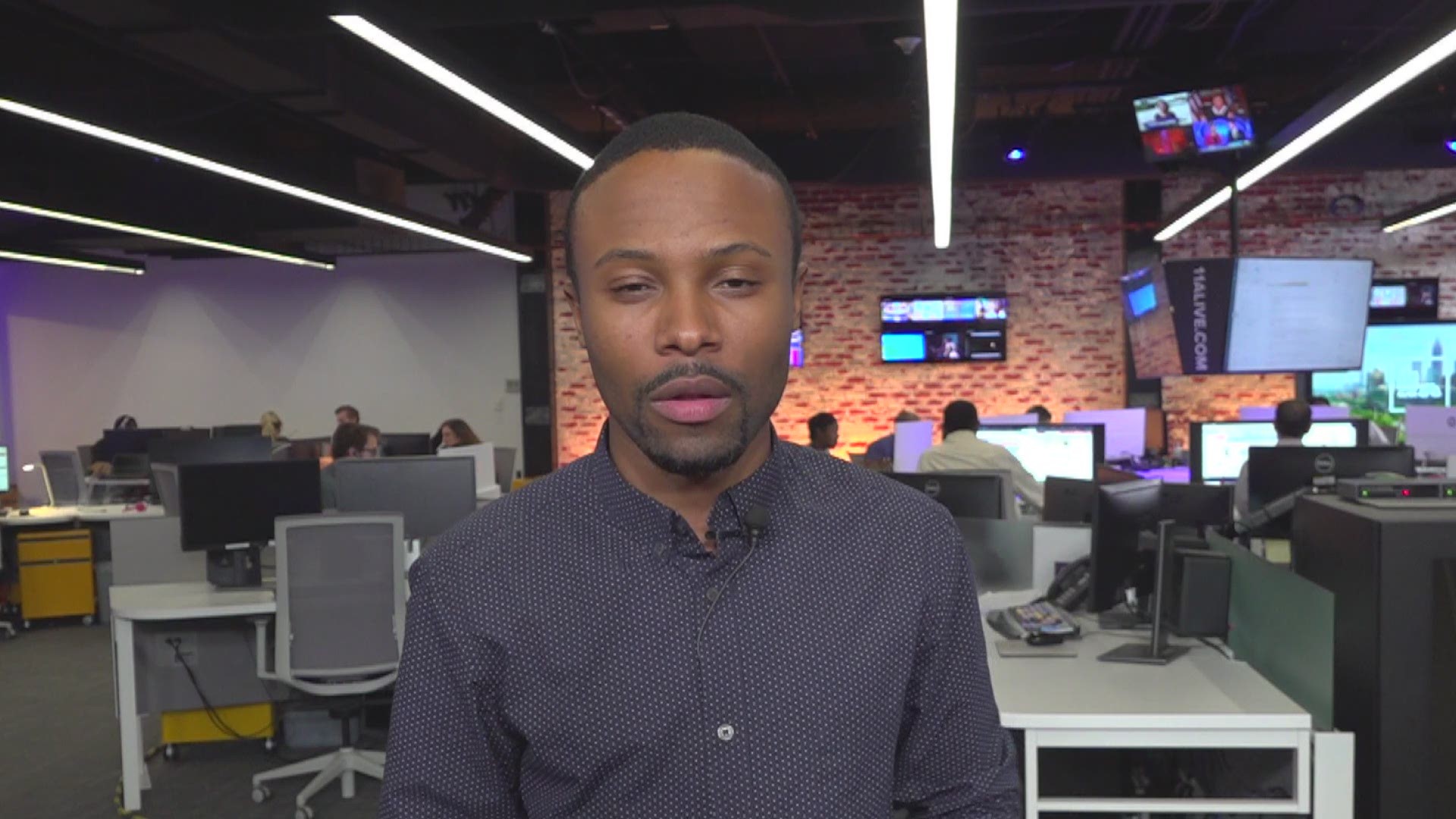 LAWRENCEVILLE, Ga. — For the first time, we are hearing the 911 tapes from the dramatic rescue Saturday at the Alcovy River in Lawrenceville.

An unidentified onlooker frantically called the Gwinnett County's 9-1-1 center Saturday afternoon begging for assistance for those stranded on the river.

"Yes, I need help please," she said. "In the river at Freemans Mill Park."

She described a scene where one child was in the water. Within two minutes of the call, sirens from the arriving first responders can be heard in the background.

The first responders rescued ten children and one adult. There was a group of children on the rocks below the falls and a father and child on top of the falls in the middle of the river, according to a Gwinnett County Fire Department news release.

The river's levels rose quickly due to a recent thunderstorm.

"We had a lot of tropical moisture and a lot of heavy rain in the Lawrenceville area," 11Alive Meteorologist Samantha Mohr said. "The water levels in the river rose quickly--more than two feet in less than 30 minutes."

11Alive does not know the identity of those involved in this incident because of federal privacy laws.

Signs are posted near the river warning against entering the water.