Roberto Flores Prieto, 29, and Dustin Peterson, 37, were pronounced dead on scene, according to the Office of the Medical Examiner. 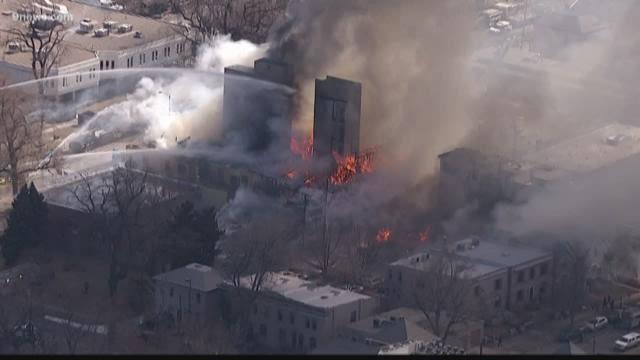 The names of the two people killed in the Emerson Street construction fire in North Capitol Hill last week have been released by the medical examiner.

Roberto Flores Prieto, 29, and Dustin Peterson, 37, were pronounced dead on scene, according to the Office of the Medical Examiner.

A construction site on Emerson and 18th Avenue set to be a 5-story apartment building caught fire March 7 around noon while workers were on site. Over 100 firefighters battled the 3-alarm fire that took hours to get under control and sent a plume of smoke 200 feet in the air.

The heat from the blaze was so powerful it could be felt 400 feet away, damaged more than a dozen nearby buildings and torched 40 cars.

It took first responders hours to find the body of the first victim - and over a day to find the second in the rubble and wreckage. Both men were working on the construction project.

Residents in buildings affected by the fire have been barred from returning to their homes as investigators from several agencies check nearby structures for damage. Those displaced by the fire were allowed to return home over the weekend to grab anything important while the investigation continues.

A vigil for Prieto and Peterson will be held Friday at 7 p.m. at the site of the fire. It's being put on by a construction worker who worked at the site and his family.

PHOTOS: What's left behind at the construction site where a massive fire erupted