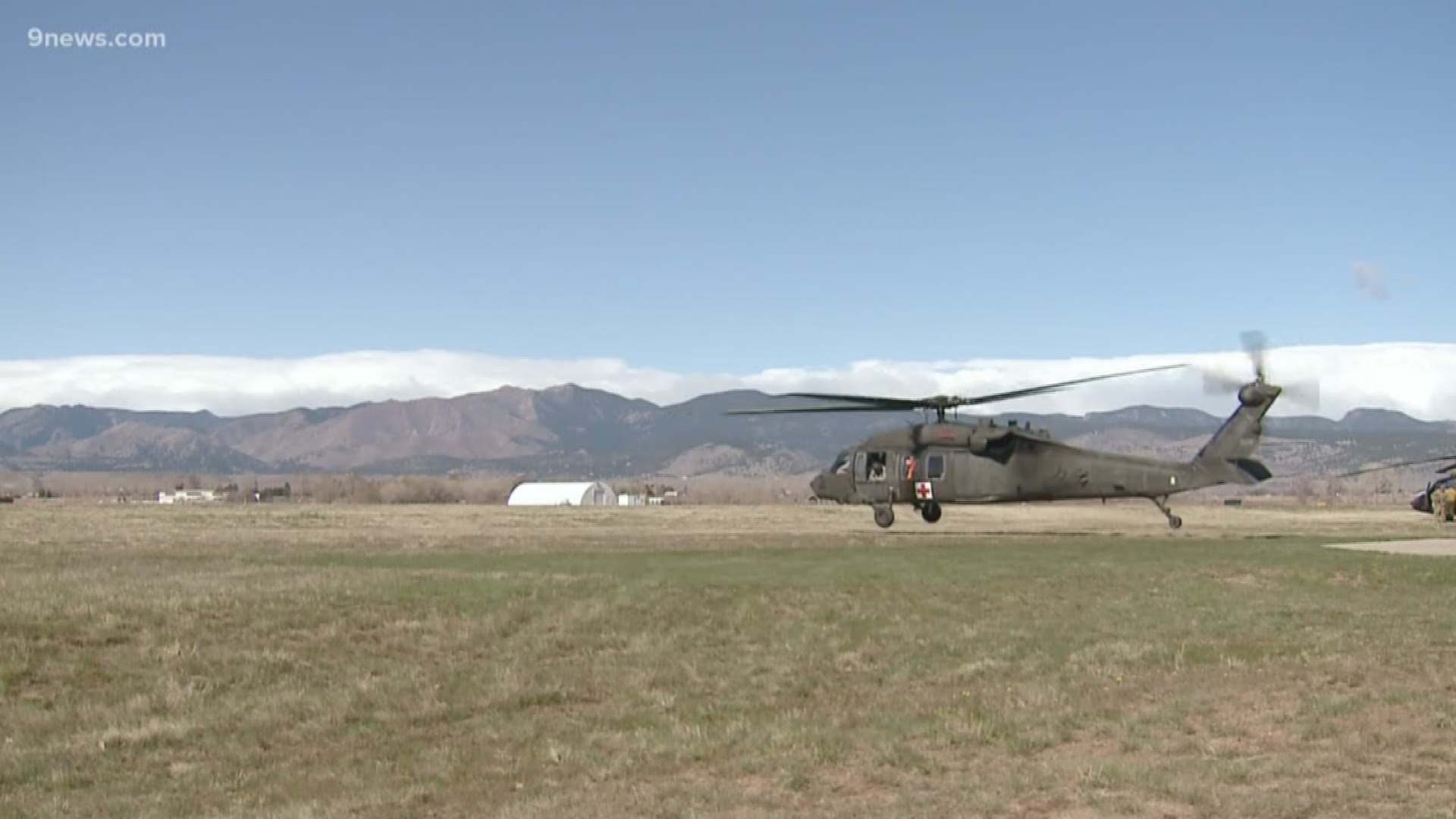 ESTES PARK, Colo. — A teenager had to be rescued by a Colorado National Guard helicopter after a fall at Rocky Mountain National Park Saturday.

According to a release from the park, park rangers learned that a 15-year-old male from Boulder had taken a 300- to 400-foot sliding fall in the Loft area between Mount Meeker and Longs Peak early Saturday morning. The area is described as steep terrain covered with a mix of snow, water, and rock.

“The rescue was done at 12,700 feet altitude," said Elena O'Bryan, a State Public Affairs Officer with the National Guard. "Yeah, it’s quite a risky kind of rescue."

The boy received numerous injuries, according to the release. Search and rescue crews found him at around 9 a.m. and provided advanced medical care.

Because of his location and his injuries, park officials said, search and rescue crews asked for help from a Colorado National Guard helicopter stationed at Buckley Air Force Base to pull him out.

“We’re the only agency in the state at this time that has this hoist equipment on an aircraft at high altitude," O'Bryan said.

Local pilots and military from around the world train here in Colorado at The High-Altitude Army National Guard Aviation Training Site.

"It's all about power management, and you've got a heavy aircraft with very little air and you're trying to balance it on the air," O'Bryan said.

Saturday's mission took three hours, from Buckley Air Force Base and back.

The teen was flown to Upper Beaver Meadows before being transported by Flight for Life to the hospital. His condition is unknown.