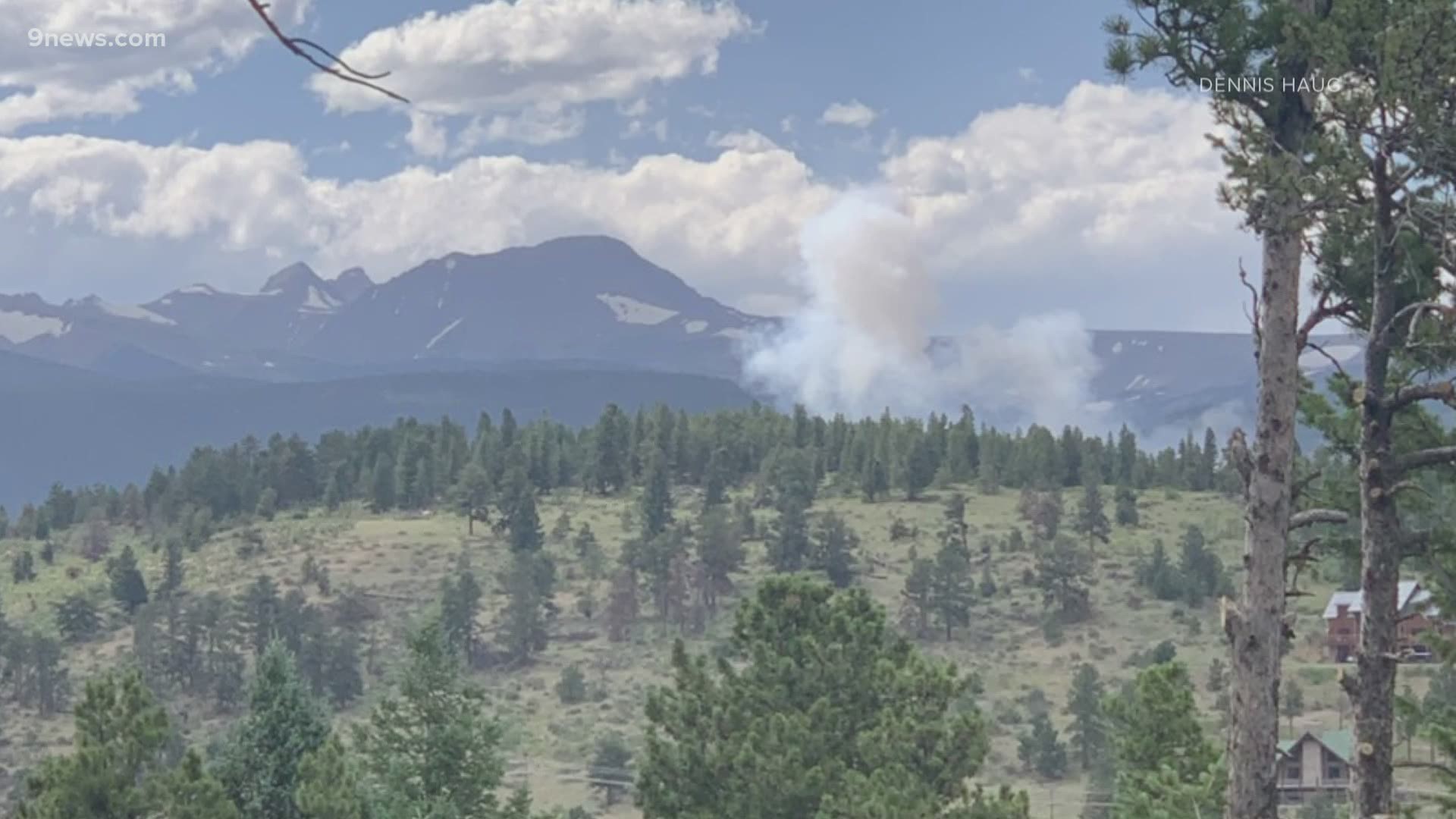 BOULDER COUNTY, Colo. — A number of homemade explosives and pyrotechnic devices deemed too dangerous to transport are what law enforcement officials are saying is the reason for a small home explosion and subsequent detonations carried out in Nederland recently.

That's according to a release Friday from the Town of Nederland, which also said the town and law enforcement officials are aware the explosion was unsettling for Nederland residents.

"Town officials and law enforcement...wish to reassure members of the Nederland community that the detonations were both necessary and carried out with the utmost care," the release said. "Community safety has been, and will remain, the top priority."

Officials said Friday that law enforcement has, "safely destroyed the majority, but not all, of the explosives and pyrotechnic devices identified thus far. [The] investigation remains ongoing, however, and law enforcement cannot share additional details at this time."

Officials were originally quiet about the reasons behind the explosion.

“As I’m sure everyone is aware, a small explosion happened at a house Friday evening [July 3] and ever since, experts from a number of agencies have been investigating the house and detonating some of what they’ve found,” Nederland Mayor Kristopher Larsen wrote on Facebook Wednesday. “The worst part of it is the uncertainty.

“Our first responders were exemplary in sharing information during the first hours after the explosion. As they learned more about what was in the house, other agencies got involved from the county upwards. Once that happened, information became harder and harder to get as the active investigation progressed.”

In a Facebook post on Thursday night, Nederland Police said the property of the house that exploded is an "active crime scene and there is an ongoing investigation."

A photo sent to 9NEWS showed a large plume of smoke emerging from the mountains in Nederland.

The initial home explosion happened at 7 p.m. on Friday, July 3 at a home in the Big Springs neighborhood, according to the Nederland Police Department (NPD). One person was taken to the hospital with severe burns, NPD said.

On July 5, police said investigators didn’t believe the explosion was meth-lab related, and that other agencies were involved. The release Friday identified the agencies as NPD, Nederland Fire Protection District and the Boulder County Regional Bomb Squad. The Bureau of Alcohol, Tobacco, Firearms and Explosives, other federal agencies and the Boulder County District Attorney’s Office also assisted in the investigation at the Big Springs property.

The first controlled detonation at the house happened on July 7. Neighboring homes were told to evacuate, and people nearby were encouraged to stay inside, according to another Facebook post from Nederland Police.

There were additional detonations later that afternoon, and in a July 7 Facebook post, Nederland Police said “depending on what is found, additional controlled detonations could occur this evening and tomorrow morning.”

“We want to know what is going on in the house. What are they finding that caused the explosion?” he wrote. “Is there still more in the house? What are they destroying in the subsequent detonations that shake our homes? And most importantly, is there any danger to anyone in town?

“I wish I could answer all those questions for you, but some can’t be answered at this time. What we do know is that we have our police and fire departments working with county, state and federal agencies to ensure that anything that is too dangerous to remove, whether because of what it is or because it is in some unlabeled and unknown container, is safely contained and eliminated on site. Yes, that means another day of occasional detonations.

“We’re fortunate the original explosion was as limited as it was.”

More detonations happened on Wednesday, according to Nederland Police, and once again nearby residents received a notification telling them to either evacuate or stay indoors.

Another detonation happened at the public works building, according to a bulletin.

“We do know that the house now is no threat to the neighborhood,” Larsen wrote on Facebook.

“I know this will be a topic of discussion at the board of trustees, and hope anyone with creative ideas will help us and share those ideas.”

Nederland is located about 30 minutes northwest of Boulder by way of Boulder Canyon.