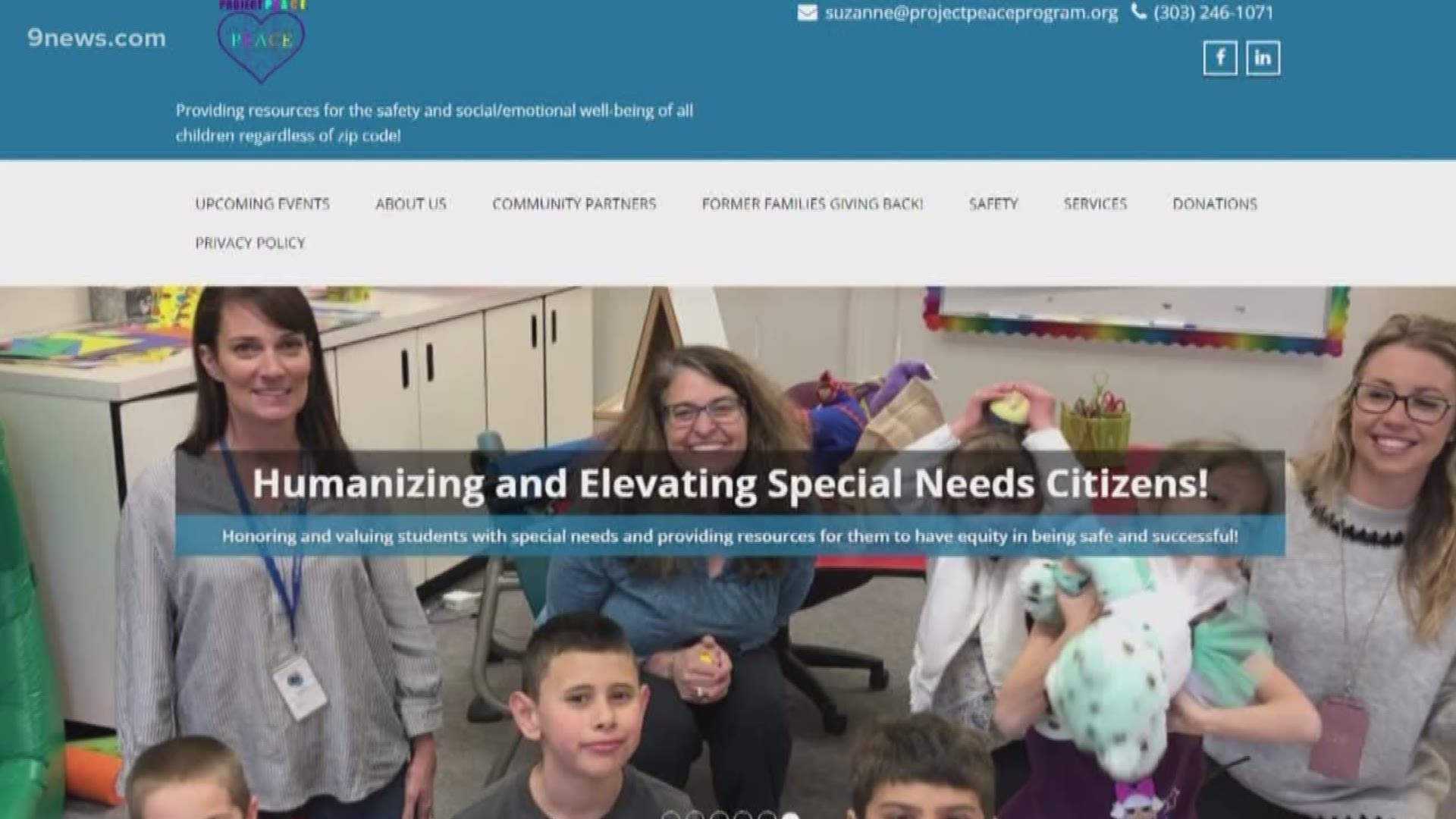 HIGHLANDS RANCH, Colo. — Normally, she collects things like books and clothes for needy students as part of her nonprofit Project Peace.

That shooting left 18-year-old Kendrick Castillo dead and injured eight others after two students are accused of opening fire on classmates. Both suspects were arrested.

"I called probably 10 different restaurants and just said, 'This is our zip code,'" Wolf said. "We need to do something different."

And she didn't want only fundraising dollars immediately after the shooting. Wolf went to businesses to ask for something more.

"I want them to pick some part of this tragedy and have some ownership of it," Wolf said.

She worked with local businesses like the Whiskey Biscuit, the Highlands Ranch Golf Club and the Sports Lounge Off Broadway to hold their own kind of fundraisers with Project Peace.

"And, each year, they're committing to doing this fundraiser so that it's a sustainable effort," Wolf said.

She says in times of trauma, donations come in right after the event, but months down the road the support dries up, yet the problems still exist.

"What else do we need? How's that working? We can keep reevaluating," Wolf said. "I think that's the part where we're falling down is that we're not reevaluating with each milestone."

The first event will be a benefit at the Whiskey Biscuit in Englewood. Twenty percent of proceeds from the dinner will go to STEM Community Fund.

Sunday, June 8, The Sports Lounge Off Broadway will hold a poker tournament where 50 percent of the winnings and 20 percent of the food tab will support STEM School victims.

On June 26, The Highlands Ranch Golf Club will hold a tournament to raise money for the Peaceful Healing fund.

If you want to find out more about Project Peace, click here: bit.ly/2X3FVvd