Despite protests and delay tactics, Verizon exercised its legal right to install a 5G tower in a public easement. 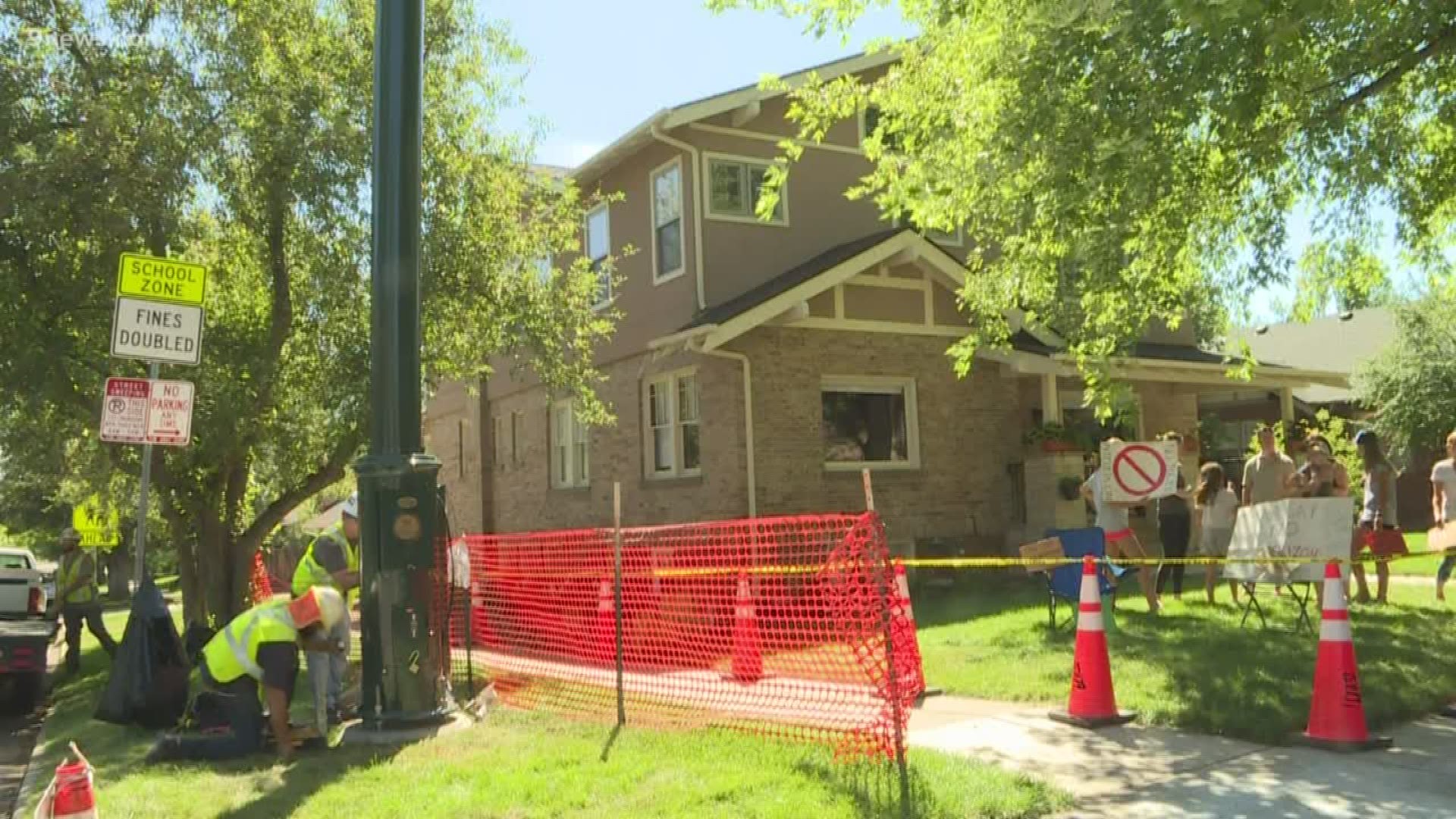 DENVER — Even though they knew this fight was over before it began, Katy Mayo didn't give up.

"We actually sat on the spot where they were going to dig at yesterday," Mayo said.

Mayo and her family own the home that sits directly adjacent to Verizon's newest 5G cell phone tower in Denver. Per their legal right, Verizon installed the 50-foot green pole on the public right-of-way -- which is essentially Mayo's side yard.

"My kids' window is literally adjacent to the pole," Mayo said.

The beds of her kids ages 7, 5, and 7 months sit exactly 25 feet away from a powerful 5G transmitter.

"Yes, they're exposed to signals, it worries me," Mayo said.

It worries neighbors like Gina Frantarcangeli -- especially because they say they never knew ahead of time.

"That is the biggest concern for us, that we have control over it and our expectation is that our city government people are helping us and protecting us," Frantarcangeli said.

But, federal law prohibits local governments from denying tower permits based on health concerns. In addition. the government says there is no conclusive evidence that signals from cell phone towers are harmful.

"It's one thing when the tower is 200 feet high and it's farther away," Frantarcangeli said. "It's another, who's doing research that says putting a tower 15 feet from your kids' bedroom window is safe."

Heather Burke is with the City of Denver's Public Works Department.

"This is happening everywhere, not just in Denver," Burke said.

Burke says federal law mandates that the city grant permits within 90 days for these towers. But, she says the city does make sure that each tower is tested and certified as safe and that they follow design standards to be less intrusive in the neighborhoods.

"So, we're really doing our best we can to permit these things, but also minimize impacts to people," Burke said.

She adds that Denver is pushing cellphone companies to have more of these new towers placed on existing infrastructure.

"We anticipate down the road, hopefully within the next year, that more than half of future small cell technology will be placed on existing Xcel energy poles," Burke said.

When asked about upsetting residents, Verizon responded with this statement:

"Verizon is investing in small cells and an extensive fiber network infrastructure to make 5G a reality, bringing the next generation of wireless technology to select cities across the country. As we build out this infrastructure, we try to be good neighbors by listening to and educating residents about our plans and the benefits 5G will bring to the community. On August 14, we are participating in a Denver Tech Future open house, where residents can learn more about Verizon’s 5G deployment. For more information, please visit denvertechfuture.org/connecting-denver-aug-14-2019/

This meeting is too late for Mayo.

"At this point, we can't, we're not going to sell our house and move," Mayo said. "But, that is ultimately what we're all concerned about is our kids' health."

If you live in Denver want to find out if a small cell phone tower is going in near your home, click here.