Dr. Alex Marrero grew up in New York and credits his mother with life lessons that led to his path in education. 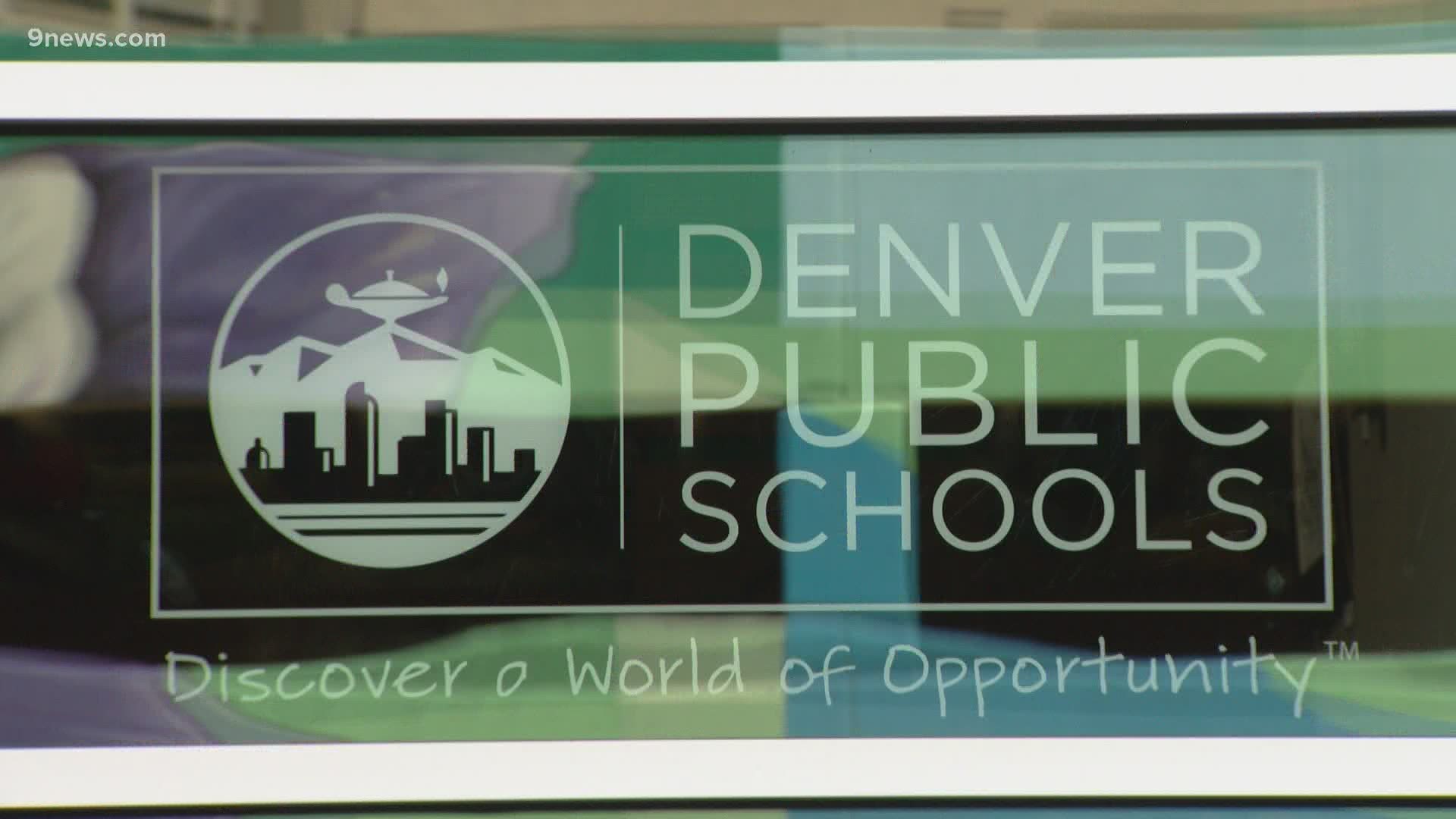 DENVER — When Dr. Alex Marrero was named Denver's next superintendent, he faced scrutiny. He was told Denver was too big, that he didn't have experience leading a large school district.

"I find it interesting that folks skip over the 1.2 million students [in the New York City Department of Education] which is 12 times larger than the Denver Public Schools," Dr. Marrero said.

Before he came to Denver, he worked in New Rochelle, New York, a smaller school district. Before New Rochelle, Marrero worked in the New York City Department of Education for ten years. He said he's not intimidated by the numbers.

"I accept that and I love that cause I love a challenge," Marrero said.

Three weeks into the job, Marrero sat down to talk about taking on the new job and concerns that arose before he arrived.

9News: Talk about your background growing up in New York.

Marrero: It's all I knew as a student helping my mom sell Avon products on the street to ultimately Fordham University which I discovered as an oasis, oh my Lord, what's in here, cause that was not the concrete jungle that I was accustomed to. Fast forward many years later, even as a leader, a principal right off of Fordham Road in the Little Italy section of the Bronx.

I got the bug. You know the bug which is you can do more if you really expand yourself cause all I knew was that bubble.

When you were younger, was it impressed upon you how important it was to have a good education?

Marrero: If anything that was the only marching order, maybe two, be pleasant and polite. That's my mom. And, make sure you bring me good scores back. Notas. That's it. I had a very sickly mother and came up in hate to say, folks hate to even hear a broken home. But, my upbringing was truly shattered.

That was always instilled in me and I always realized that those marching orders were so simple because that's all she wanted, because of the sacrifice. The sacrifice she made for my brother and I, and I had to deliver on that.

That pivotal moment happened when she passed.

From that point on, I flipped from being someone who was supposed to go down to Wall Street cause I was a business student, to someone who's going to give it back and pay it forward. I'm doing that since.

Before you became interested in the job at DPS, what was your perception of Denver?

Marrero: I just knew that it was one of the top metro districts in the entire nation. The nuances? No, I'm discovering them, of course.

The nuances in terms of the community, but also leadership, turnover, also governing board relationship -- learning as I was engaging in the research and interview process.

It's pretty universal across all school districts where there are some issues.

Why I thought I was the best candidate moving forward is because I am so neutral in terms of what's happening. A fresh set of eyes, but most importantly open ears to listen to the community members.

But, what does a person who grew up in New York know about Colorado issues?

Marrero: To be quite honest, my entire upbringing has been one of really persevering, but also, I guess, proving others wrong.

It's less about me and I'm not taking that personally. I think they would have that opinion of anybody coming in. But, what I can say is baggage I do not bring and I know there's quite a bit of folks who feel that what has happened here in the last decade-plus has been a result of what has existed. They can't play that card with Alex Marrero coming with a fresh set of eyes, but more importantly, I can't stress enough how much I'm going to listen and learn.

When you were named as a finalist for Superintendent, there was push back from Black and Latino groups asking to delay the search. As a Latino, what were your thoughts about that?

Marrero: I love the fact that you asked that question because we're all human. So, when I first learned of it, yeah, there was an hour perhaps in which I was partly confused but frustrated, who wouldn't be, right, a little bit offended. But I quickly realized that no one out here knows Alex Marrero. So, it's not an Alex Marrero delay. The delay was rooted in something else.

But I can say, those same individuals, the Colorado Black Roundtable, the Latino Education Coalition, I've engaged with them already. I would ask you to ask them now, in terms of what the perceptions are because I think all it takes is for them to meet the individual to appreciate what they're working towards. I have to discover the why. Why the request for a halt was put into action.

After serving as interim superintendent and assistant superintendent in New Rochelle, New York, you were named as part of a lawsuit by that district's former medical director alleging mishandling and mistreatment. What kind of impact is that lawsuit going to have on your efforts to build relationships in Denver?

Marrero: I don't think it will have any impact.

I would hope that everybody sees it for what it is. I find it interesting that I'm still waiting to see if it is actually a true case.

What's good for the community may not be in the best interest of one individual who has their own motive.

What are your biggest priorities entering the next school year while still dealing with the pandemic?

Marrero: So, I think the most important thing is the reconnection with our students.

The overwhelming majority of our students will be back in person so everything that goes along with social-emotional well-being.

The approach is going back to shop, right, and cooking up a pathway for success for each individual student. It's not going to be easy and this is, I guess, one of the challenges of the large system.

Individualizing and prioritizing, planning and then execution that we will have students recover and again recalibrate.