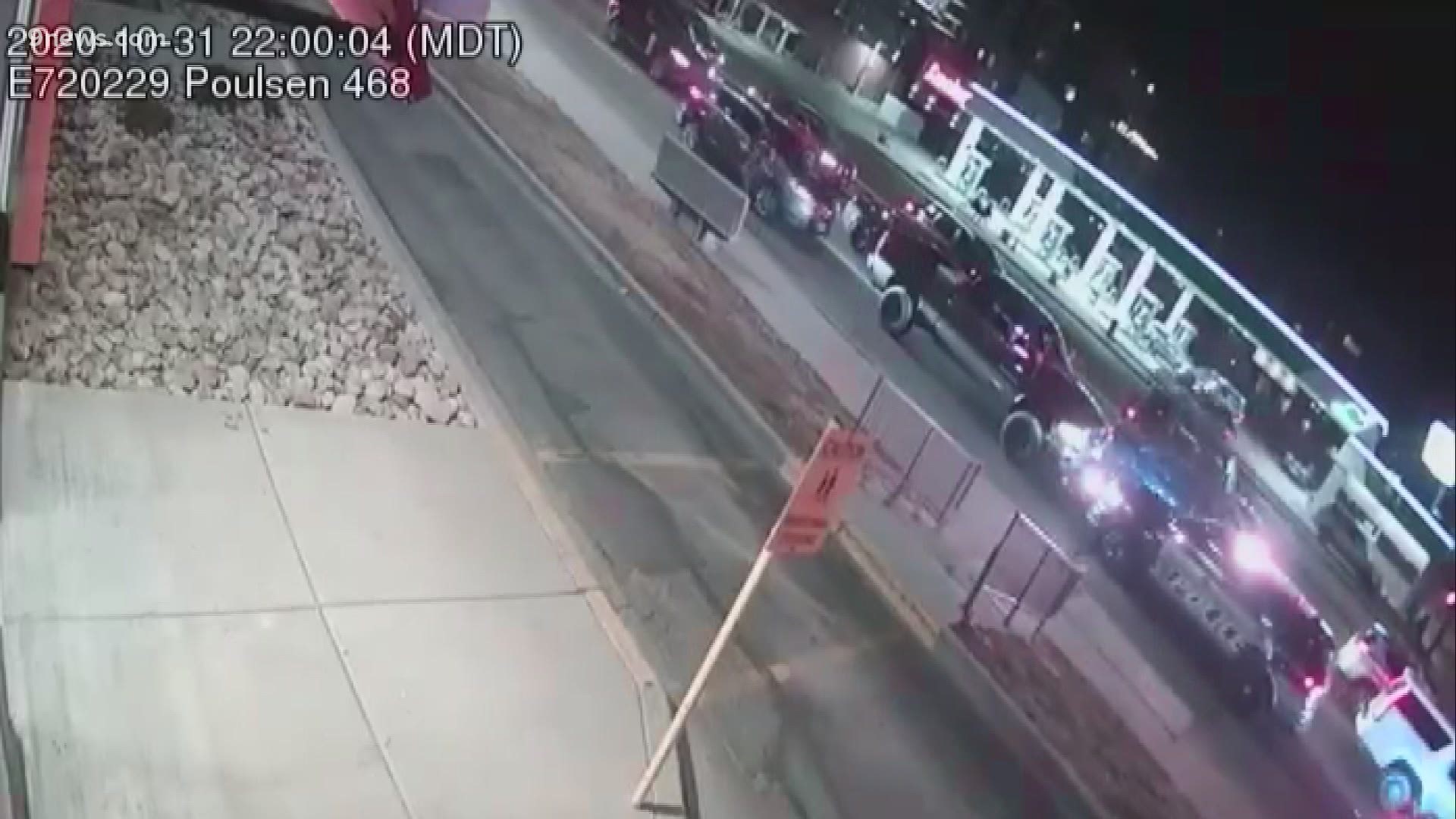 DENVER — The attorney for the family of a man shot and killed by Glendale Police nearly two weeks ago says the victim did not have a gun when police opened fire.

New video shows a new angle of the moment when 36-year-old John Pacheaco Jr. was shot multiple times through the windshield of his pickup truck on Colorado Boulevard.

It was October 31st around 10pm when Glendale Police arrived near the corner of Colorado Blvd and Alameda Avenue to check on a disabled vehicle. Police say an unresponsive man was inside.

"Mr. Pacheaco was indeed unresponsive, which is to say that he was in his vehicle slumped over his steering wheel with his foot on the brake. We don’t know if it was a medical event that was occurring," said Haltzman, an attorney representing the family of Pacheaco. "Eventually Mr. Pacheaco we believe came to, or woke up, or responded to outside stimulants and his foot went off of the break and moved forward into one of the police vehicles."

Haltzman says new photographs of the scene taken by police show Pacheaco did not have a gun on him. Pacheaco did, however, put his truck in reverse and run into multiple police cars behind him as officers opened fire. One officer with Glendale Police was taken to the hospital and released with minor injuries.

The shooting involved Glendale Police officers, but happened inside the city of Denver. Denver Police have released very little information and have not said why officers fired their weapons, confirmed if Pacheaco had a gun, or confirmed if the truck was stolen.

"Ultimately what we’re looking at is what we believe is a gross use of excessive force that resulted in a death of a young man that just didn’t need to happen," said Haltzman.

Denver District Attorney Beth McCann’s office confirms she is investigating the shooting. A spokesperson told 9NEWS we should expect a decision letter from the DA soon.