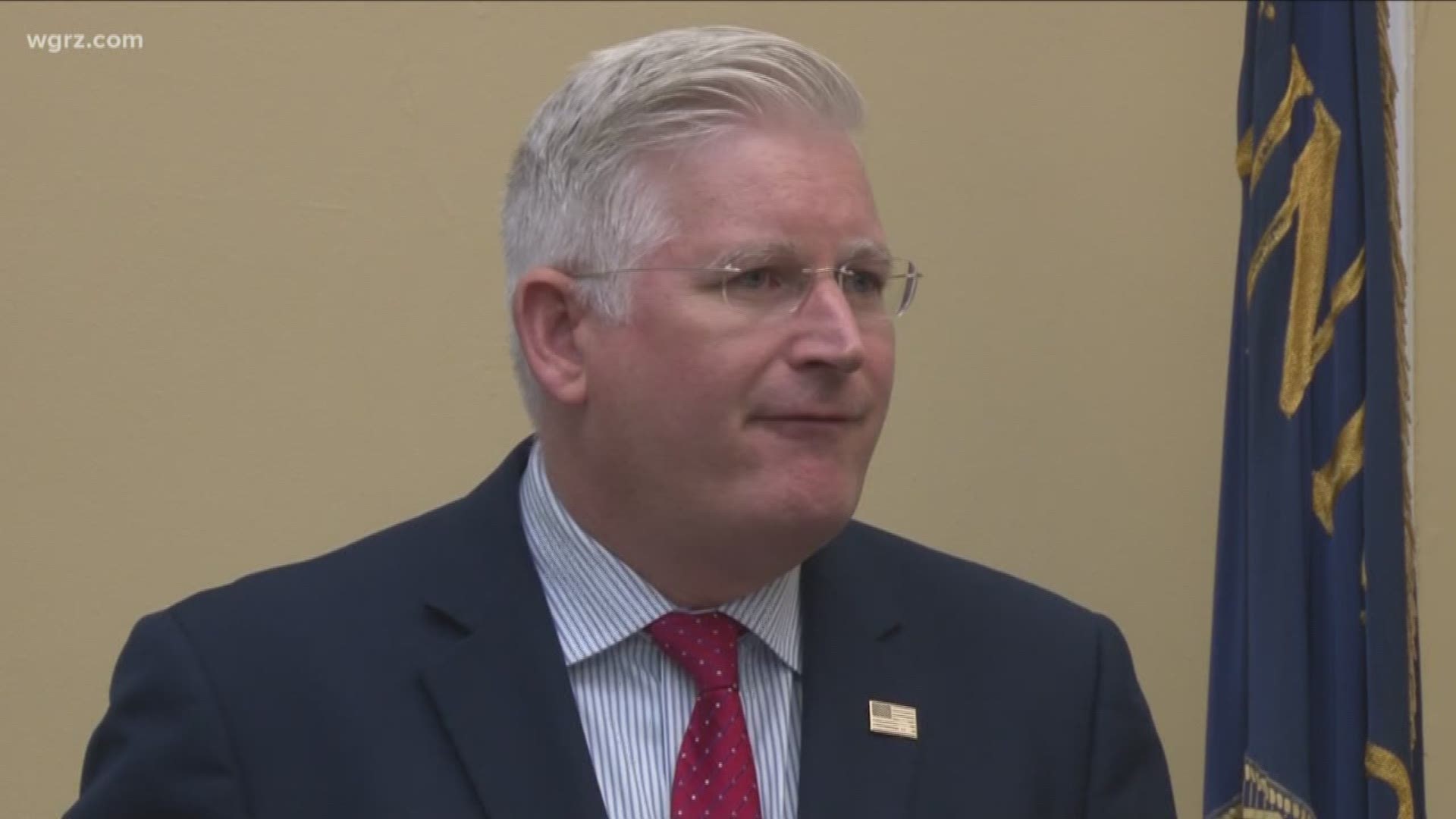 The proposed legislation would allow undocumented immigrants to get a state license, which they could apply for using foreign passports and a signed affidavit saying they don't have a social security number.

The bill is currently in committee in Albany, but there's a chance it never comes for a full vote in the state legislature. Plus, it would likely be an uphill battle in the Republican-controlled Senate.

So why call a news conference about something that might not even happen?

"There are editorials encouraging the governor to pass this through executive order. The governor at any time can change those types of laws," said Kearns. "We're prepared for that."

According to labor-backed think tank Fiscal Policy Institute, an estimated 265,000 immigrants would get licenses if the law is signed, including 2500 in Buffalo.

In an interview with 2 On Your Side, Assemblyman Sean Ryan said Kearns is allowed to pick and choose which laws he wants to follow.

"My advice to him would be to try and clean up the clerk's office, make that a functioning office before he starts delving into national and state politics," said Ryan.

“In today’s society nothing is free, this includes the process for undocumented immigrants to become US Citizens. Migrant workers are out here every day to support their families and save money towards the naturalization process. Unless you are Native American, all of our families were immigrants at some point. They have families no different than ours and need to get to work, medical appointments and school. Driver’s licenses would ensure satisfactory knowledge of rules of the road. Research by the New York Immigration Coalition shows that if passed, registration fees, sales taxes and gas taxes would add an estimated $57 million in annual state and county revenues… Unlicensed drivers and uninsured motorists are just that, regardless if they are US Citizens or not. We should be focused on reducing both to keep everyone on our roadways safe.”

“This is a blatant disregard for the rule of law,” said Erie County Legislature Majority Leader April N.M. Baskin. “Attacks on immigrants have been on the rise since the 2016 presidential election. The fact that this latest attack is coming from an elected official is especially troubling. Denying residents the ability to gain formal state identification in defiance of state law will harm our entire community, and perpetuates systemic inequality. I call on Michael P. Kearns to do the job that he was elected to do and to stop playing politics with the lives of some of the most vulnerable members of our community.”

Assemblyman Robin Schimminger has sent a letter to constituents who have written to him about this issue. He said he has a number of concerns about the proposal and will vote against it or a similar one, if it comes before him. Among the worries, he thinks, if enacted, the law would "dilute the validity of all New York State driver's licenses."

“Access to a driver’s licenses is an issue that cuts across lines. We all drive on one road. Erie County advocates and directly-affected people found Kearns’ remarks not only hateful, but incorrect. Expanding access to driver's licenses does not violate federal law. It does, however, bring much needed revenue to county government and improve public safety. Mr. Kearns stated that he is looking out for the best interests of the taxpayers; if that’s so, he would support all drivers regardless of immigration status to be insured, properly licensed and duly educated on the rules of the road. Now is the time for New York to move. Western New York only stands to benefit, in every way,” said Jennifer Connor, organizer from Justice for Migrant Families WNY.