17 Colorado lawmakers were appointed by vacancy committees. Is that the best method we have?

Eleven Democrats and six current Republicans have been appointed. 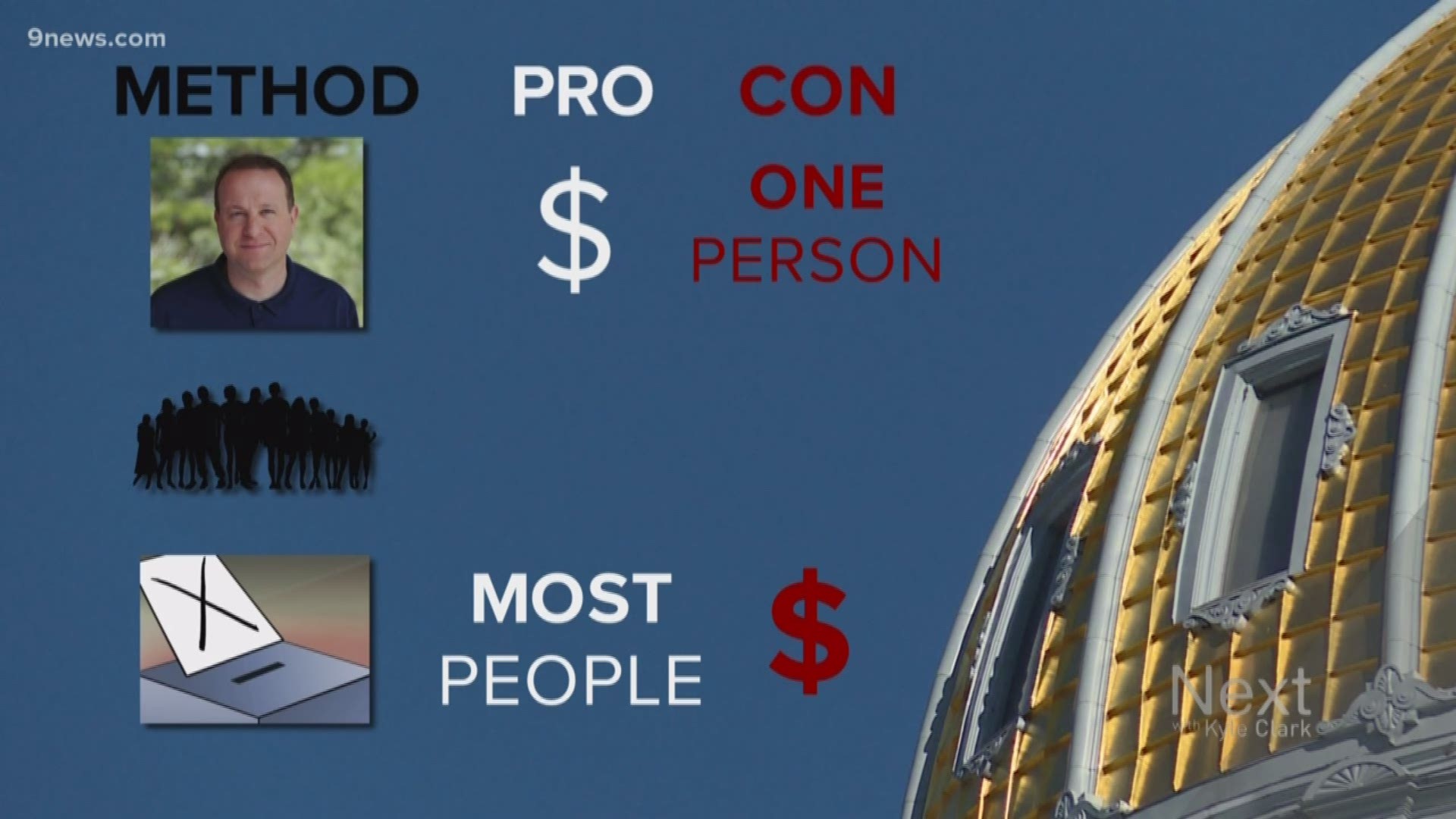 DENVER — There is a revolving side door at the State Capitol.

Not an actual revolving door, just the one used by lawmakers who have been appointed to their seats and not elected.

With the help of the House and Senate Clerk's Offices, we have counted 17 lawmakers who got inside the State Capitol by getting appointed by a vacancy committee.

That list includes 11 Democrats and six Republicans, seven now in the Senate and 10 in the House:

Young was just selected by the House District 50 vacancy committee on Sunday. She replaces Rochelle Galindo, who resigned last month.

Nine people sat on the vacancy committee that picked Young, six of them voted for her.

Earlier this year, Rep. Perry Will was selected with four votes from a committee of six.

Is this the best we got?

"It's a really good question. It's a good discussion to have," said Colorado Democratic Party Chairwoman Morgan Carroll.

State lawmakers would have to introduce a bill and get it signed into law to change the way legislative vacancies are filled.

U.S. Senate vacancies, for example, are filled by the governor.

"The downside to one person, is that it's only one person, but it's quick, easy and cheap," said Carroll.

Another option would be to hold an election earlier than the next scheduled election.

"It has the most amount of people participating, but it is very expensive to be able to raise and pay for a campaign in a short period of time," said Carroll. "The downside of a snap election is that it limits the kind of candidate who can run. Generally, candidates would need to have more money or the ability to raise more, which potentially increases the role of special interests."

When Bridges was appointed to the Senate, 119 people made the decision in his district.

In a text message on Monday, he wrote:

Mary Young will be a fantastic State Rep., but nine people selecting a legislator on behalf of 70,000 just isn’t very democratic, no matter how good a choice they make. 119 people voted in my vacancy election, and that’s still not enough. A quarter of current legislators were selected through a vacancy committee at some point in their career, so vacancy elections are not exactly rare. We need a more democratic process that better reflects our Colorado values of fairness and inclusiveness.

"I'm definitely open to making a change in whatever the replacement process is, but not change for its own sake," said Carroll. "I think it's a very fair question that even if we keep a vacancy committee, should there be a minimum size?"

Next reached out to the Colorado Republican Party. Executive Director Lx Fangonilo who said it was an interesting question about the different vacancy options, but did not provide a longer response by Monday night.