President Donald Trump and Vice President Mike Pence both acknowledge there was an outbreak of COVID-19 at JBS in Greeley. 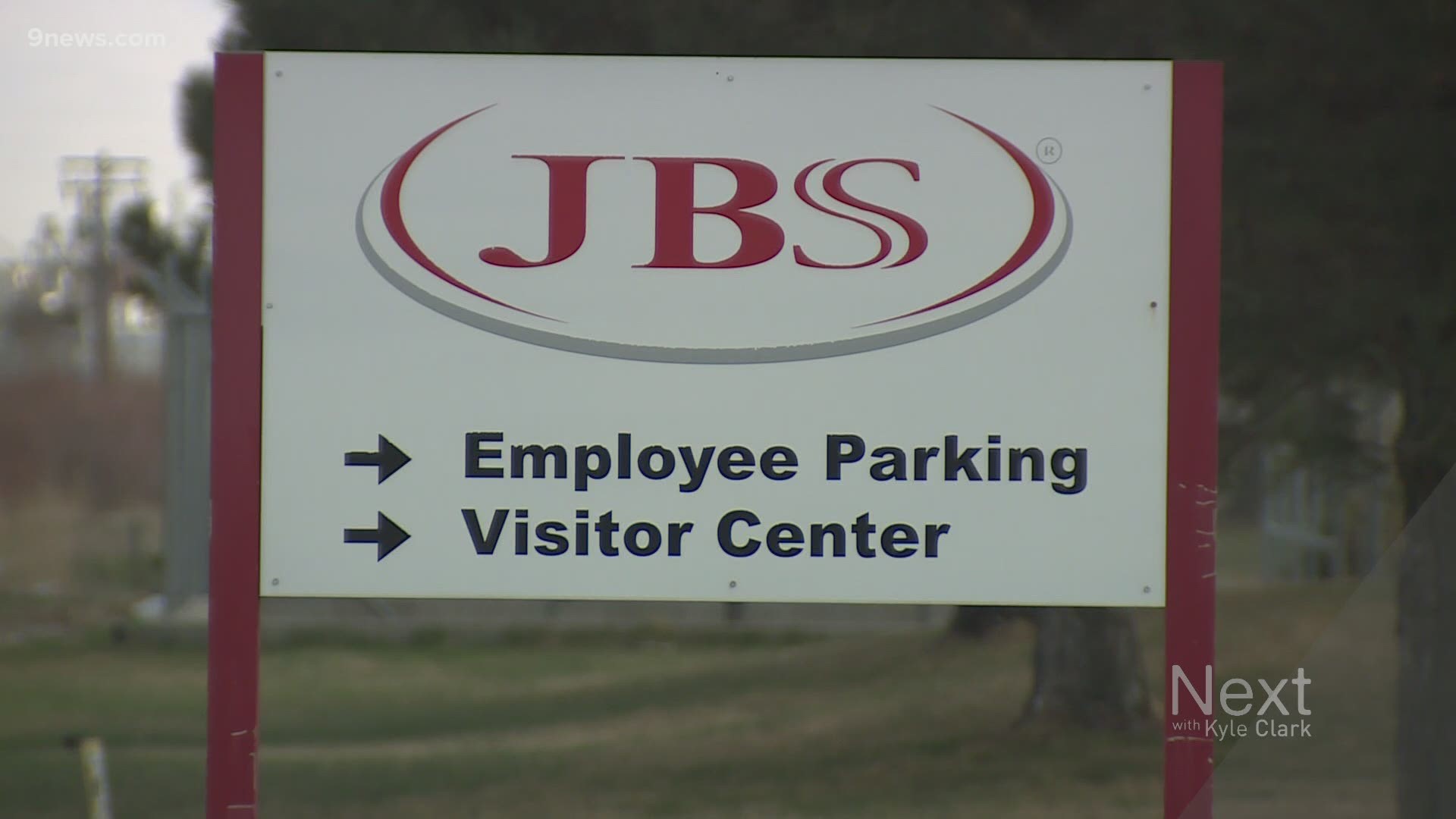 GREELEY, Colo. — A second employee at the JBS meatpacking facility in Greeley has died of the novel coronavirus, and now President Donald Trump, Vice President Mike Pence and Gov. Jared Polis (D-Colorado) are weighing in how to keep the food distributor open.

“So we’ll be looking at that and we don’t want cases like that happening,” President Donald Trump said Friday. “This was – but this kind of thing can happen. This is very complex. This is a very brilliant enemy.”

"I came in this morning, it was a flurry. I said, what’s going on? They said Denver. I said, what happened in Denver, because Denver was doing pretty well? They’ve got that under control, but yeah, that would be a case where you’d do some very big testing," the president said.

This comes after the Weld County Health Department confirmed more than 30 employees at the facility had tested positive for COVID-19. United Food and Commercial Workers 7 Union President Kim Cordova said in a letter to top Colorado officials that number is actually closer to 50, with five of the infected employees in the hospital.

“We have been providing this information to JBS on a regular basis,” Cordova’s letter reads. “Local 7 believes there may be significantly more employees at the plant who are carrying the virus but may either be asymptomatic, not tested, or afraid to come forward as they are not eligible for sick pay.”

JBS said earlier Friday it is working to secure free testing for its employees as part of an effort to keep the plant open. The union has asked that the plant close immediately, saying that it will require at least seven days for extensive cleanings.

In the letter, Cordova also asked that all JBS employees be paid their regular wages during the shutdown, and receive a $3 per hour “hazard pay” bonus for the duration of the pandemic. The union requested that employees continue receiving a paycheck if they must self-quarantine due to COVID-19.

During a news conference on Friday, Polis said he has been in contact with Pence, and he and health officials are discussing what measures would need to be taken to ensure the plant can remain open, since it’s a vital food source.

This comes two weeks after hundreds of employees at JBS called out sick in one day due to concerns about COVID-19 at the facility. At the time, JBS said it was working to ensure employees were distancing often and being screened for symptoms.

"As a global food company providing an essential service during this global pandemic, we have enhanced safety measures and health protocols to keep our workplaces, team members and products safe," the company wrote in a statement to 9NEWS on March 31. "This includes increased sanitation and disinfection efforts, health screening and temperature testing, and enhanced worker benefits, including a $600 bonus for all team members at the plant. We have also promoted physical distancing where possible by staggering starts, shifts and breaks, installing a tents to allow for more spacing during lunch breaks, and increased spacing in cafeterias, break rooms and locker rooms."

Pence said he spoke to Polis and Sen. Cory Garder (R-Colorado) on Friday about the outbreak.

"At this time, our team is working with the governor and working with the senator to ensure that we flow testing resources [there]," the vice president said. "We spoke about providing those resources this weekend. I want to encourage people in Colorado that we will work to support that effort."