In Douglas County, which is currently under the state’s Level Red restrictions, restaurants participating in the program must have 10 feet of space between tables. 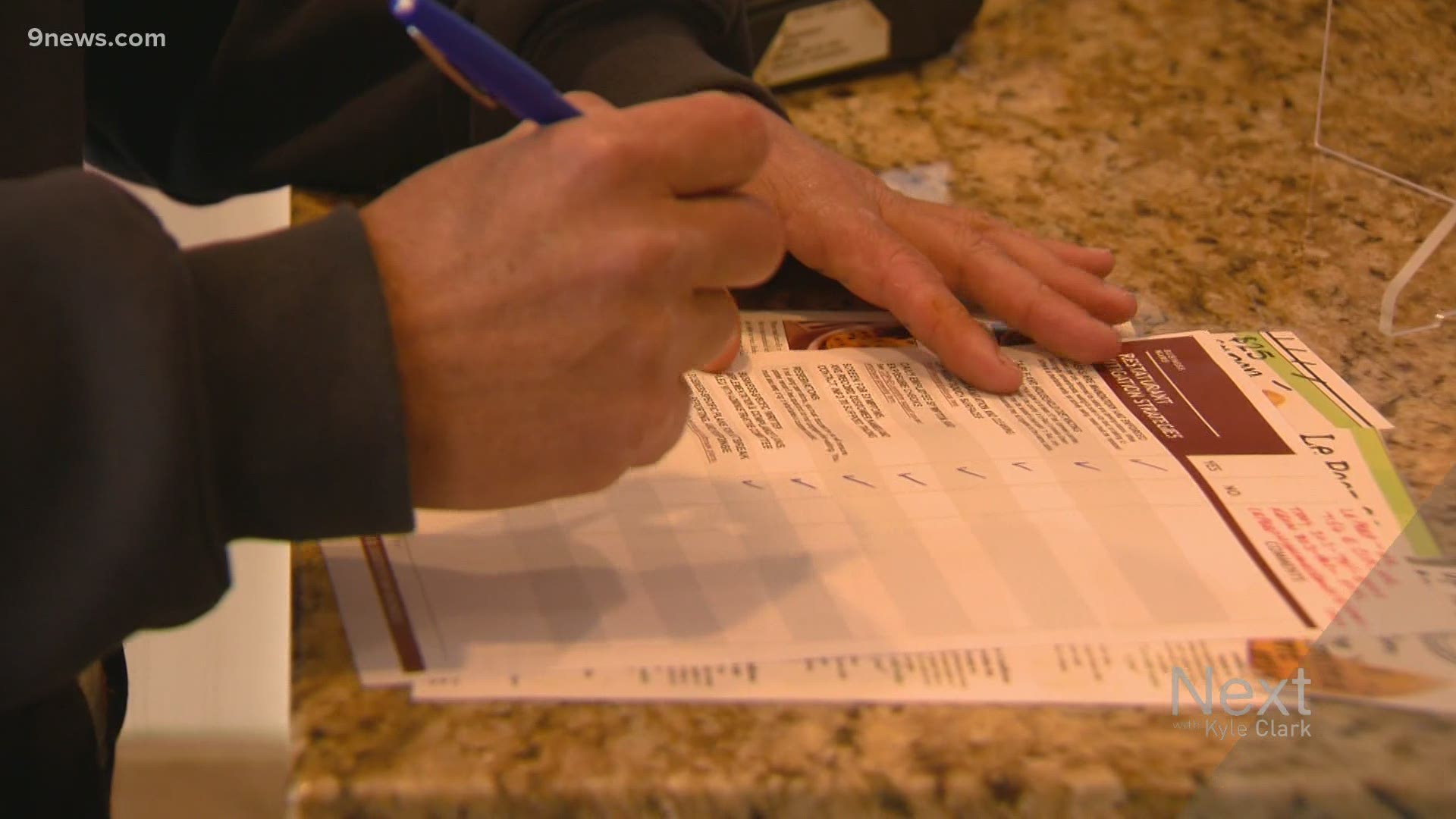 HIGHLANDS RANCH, Colo. — Sean Owens is making good use of his tape measure.

The civil engineer who works for Douglas County’s Public Works department has taken on a new assignment this winter inspecting businesses to see if they comply with coronavirus regulations and qualify for the county’s new 5 Star Variance Program.

“We do inspections on, I don’t know, close to $30 million worth of construction work every year so measuring 10 feet, I bring a tape just to make sure, but you can tell pretty well,” he said pointing to his 25-foot tape measure sitting on a ledge nearby.

Owens was trained for the temporary change in duties by the Tri-County Health Department, which helped Douglas County apply to take part in the new state-approved program. The 5 Star Program allows businesses to move a level up on the state’s COVID dial if they can prove they’re taking certain precautions.

In Douglas County, which is currently under the state’s Level Red restrictions, restaurants participating in the 5 Star Program must have 10 feet of space between tables.

Owens measured more than 10 feet between tables at the Le Peep off County Line Road and Quebec Street Monday, as 9NEWS followed him through an inspection of that restaurant.

“What I like to see is that they take the time to review what’s on the state (web)site,” he said.

Along with table spacing, Owens also looks for signs posted throughout the restaurant, warning customers they have to wear masks when not at their table. He looked for special signs from the Tri-County Health Department with QR codes that allow diners to file complaints about COVID precautions if they see them.

Owens signed off on Le Peep Monday afternoon. It is now one of more than 100 businesses approved for the program in Douglas County since the state signed off on it Wednesday.

“We’re going to add 10 to 12 tables inside with social distancing which will employ three to four people more every day, possibly five to six,” Wessel said. “So what that does for me is it allows my employees to get a paycheck – it allows them to have a living.”

He said it didn’t take much effort for his restaurant to get ready for the inspection.

“These are things that we’ve always done from day one of the pandemic. It’s social distancing, it’s sanitization, it’s masking,” he said.

Wessel said he has invested a lot of money into the restaurant to comply with state and local guidelines since the beginning of the pandemic, updating the HVAC system, updating to a touchless point-of-sale system, and making sure all employees have the proper personal protective equipment (PPE) to continue their work.

Though Wessel said when he saw the success of the 5 Star Program in Mesa County, where the idea originated, he began to make more changes to bring his restaurant into compliance, should Douglas County one day embrace the idea.

Owens said the biggest concern he hears from restaurant owners he inspects is about enforcement of the masking requirements.

“They have a hostess at a station who probably isn’t paid enough to go and fight the fight over masks so do they have somewhere where a manager will come and help those folks,” Owens said.

Wessel said his staff is trained to call a manager if a patron doesn’t want to wear a mask. Masks have been required inside Le Peep since the beginning, he said.

Just this weekend, a customer picking up a to-go order put up a fight.

“But that’s a very small percentage,” he said. “Honestly 99% of the people are wanting us to be in business and they’re going to do the right things.”